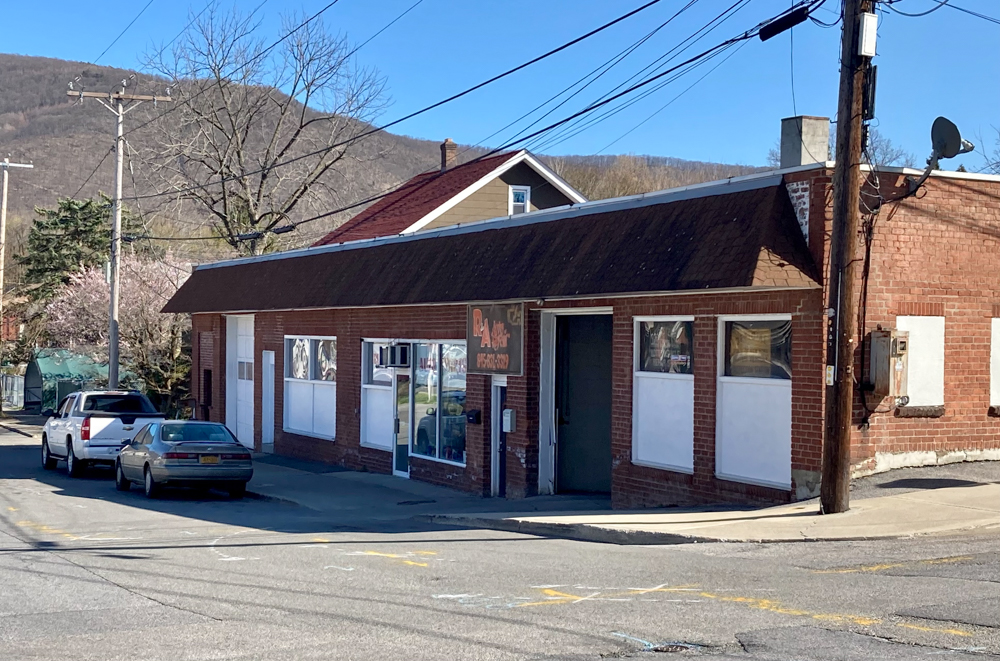 A developer has proposed a three-story, 16-unit apartment building at 5 Henry St. in Beacon. (Photo by J. Simms)

The Beacon Planning Board on Tuesday (April 13) will begin its review of a proposal to construct a three-story building with retail space and 16 apartments on Henry Street, a block from Main Street.

The proposal, submitted by a development group called KML RE, includes redeveloping an auto repair shop at 5 Henry St. that abuts South Chestnut Street on one side and a row of homes on the other.

The building, constructed in 1945, was once used as part of the Fishkill Railway Car Barn, according to documents submitted to the board.

The site is part of a “transitional” zone created by the City Council last year that buffers Main Street and surrounding residential areas.

The City Council on Monday (April 5) approved moving the Beacon Farmers’ Market from Veterans Place to the Dutchess County/Department of Motor Vehicles parking lot at 223 Main St. The market opens for its outdoor season on May 2.

A handful of residents called in to the council’s videoconferenced meeting to speak for or against the move. Rich Kaplan, who, along with his brother Harvey, owns Max’s on Main, said that brick-and-mortar businesses near the DMV lot could be hurt by vendors who aren’t regularly in Beacon.

“I don’t want to find out that you’re going to accommodate some temporary vendors who are here once a week for a four-month period,” Kaplan said. “I’d like to have some of the Main Street businesses accommodated. We’re here every day, every week, every month, all year.”

Sergei Krasikov, who is a member of the Common Ground Farm Farmers’ Market Committee, asked the council to approve the move, saying the additional space at the DMV site would “make the market a truly wholesome experience, not just a place you stop by to buy something and leave.”

City Administrator Chris White said the city would work with Main Street businesses to open up parking spaces on adjacent streets to make up for any lost in the DMV lot.

“We will try to mitigate this,” White said. “We recognize there’s no perfect location on Main Street anymore. There’s going to be trade-offs wherever we put it.”

One longtime vendor who operates a food truck will be allowed to remain at the market but the city won’t approve any others that might compete with Main Street restaurants or shops, he added.

“Many of the businesses that were nearby [the Veterans Place location] saw an uptick in foot traffic,” said Council Member Air Rhodes. “It’ll be a draw. It’ll be a benefit to the neighbors of the Farmers’ Market.”

The city is also discussing with the Dutchess County Transportation Council extending its weekend shuttle bus service to include Sundays to bring visitors from the Metro-North station to Main Street.

The council set a public hearing for April 19 to hear feedback on several proposed parking and traffic regulations.