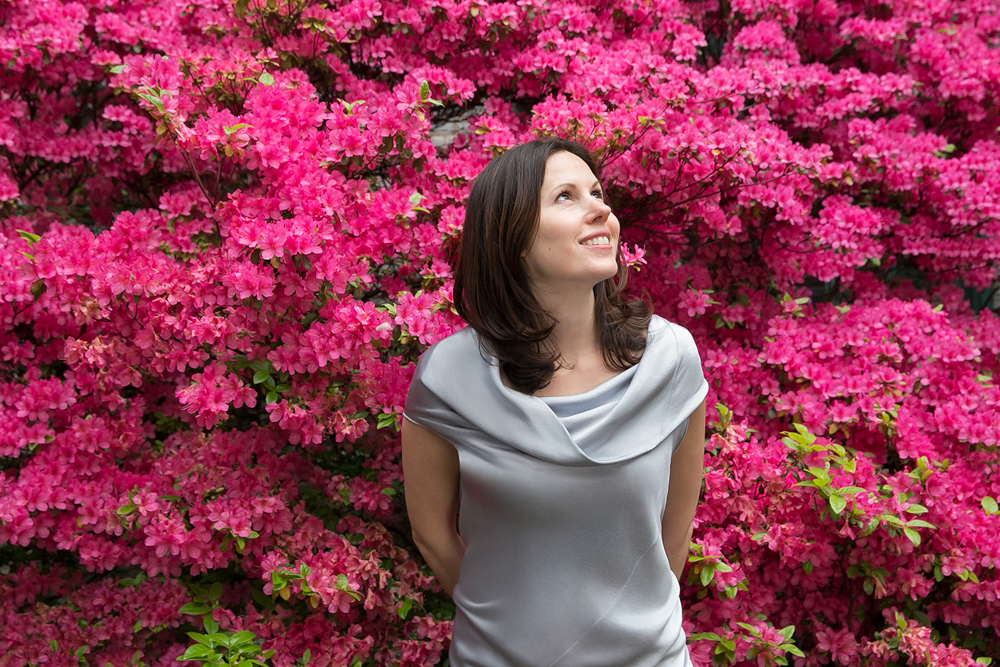 Newburgh novelist is a master of goth

If there is any dark side to inheriting a castle in northern Italy, Danielle Trussoni has unearthed it.

The Newburgh resident’s novel, The Ancestor, which will be released in paperback on Wednesday (April 14), follows a Hudson Valley woman who receives a mysterious document that forces her to confront her unusual ancestry. Kirkus Review called it “a gothic extravaganza.”

“My novels have not been categorized as horror but have gothic, dark elements to them, in the vein of Wilkie Collins, the Brontes and Mary Shelley,” says Trussoni, who has written three, along with two memoirs. “The tone is the most important element in a gothic novel, even a horror novel: it has to be melancholy. For me, Wuthering Heights is the ultimate gothic novel, the standard-bearer.”

Trussoni’s research for The Ancestor — which O: The Oprah Magazine included in a list of the “best gothic novels of all time” — took her to Italy, a trip she called essential. “There are so many details about a place you can’t experience online,” she says. “I like to go and just be there, eat the food, walk around, get a sense of what the characters might be feeling.” 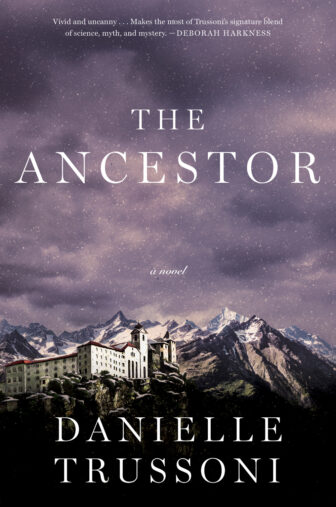 She says she had the Aosta Valley, “a very different, particular part of Italy” in mind even before plotting the story. “I thought it was magical — a perfect setting for a gothic novel,” she says. “I needed to find an unusual way for my character to get there, so I spent a long time developing her story. The other novels I’ve written were less linear, written from different perspectives with a lot of historical information being imparted. Coming into this one, I set a goal for it to proceed in a linear fashion.”

In her debut novel, Falling Through the Earth, Trussoni delved into her own past. “I didn’t come from a family of writers and artists,” she explains. “They were working class, and my father was [shaped by being] a Vietnam vet. But I was obsessed with reading, especially at the library. I grew up in a small town in Wisconsin, but it had a fabulous library, and I read everything. Writing was a refuge in high school. I used up thousands of pages in journals.”

Trussoni studied writing in college and, after graduation, decided she wanted to write a book. It took 10 years. In the meantime, she earned a master’s in fine arts from the Iowa Writers’ Workshop, where “it was assumed you were writing literary fiction,” she recalls.

Trussoni says a column she writes on horror and gothic novels for The New York Times Book Review expanded her view of the genres, as have the two years she’s served as a jurist for the Pulitzer Prize in fiction.

“I wasn’t involved in the horror genre or the horror community before taking it on,” she says of the column. “I think the editor appreciated my aesthetic, overall, as someone who had a literary take on horror. There’s a huge diversity of people writing in that genre — your first thoughts might be Stephen King or Anne Rice, but there’s also, for example, Stephen Graham Jones, who is Native American, as well as a lot of great women writers who are not getting enough exposure.”

She was a Pulitzer judge in 2019 and 2020, when she was the fiction chair. She was recruited by Dana Canedy, then the administrator, who had read her reviews and other writing. “Earlier juries skewed older, and I think she wanted to shake it up,” Trussoni says.

7 p.m. bit.ly/trussoni-dobbs
The Scarsdale and Dobbs Ferry libraries will host this virtual discussion between Trussoni and Julie Metz, the author of Eva and Eve. Free

8 p.m. bit.ly/trussoni-writer
The online book group BooktheWriter will host this discussion with Trussoni about The Ancestor. Cost: $25

Judging entails “reading so many books. There are five [fiction] jurors, and they choose three books, plus an alternate. These are sent on to a board of nine or 10 people that chooses the prizes. We had hundreds of books to read and talk about.”

Trussoni’s second and third novels, Angelology and Angelopolis, are supernatural thrillers. The former, like The Ancestor, is set in Milton, across the Hudson River from Poughkeepsie. Trussoni says Milton resonates with her both because of its geography and the allusion to John Milton, who wrote Paradise Lost.

She’s had the opportunity to get to know Milton (the town) better since she and her family moved from Brooklyn to Newburgh in 2016. She loves the energy of her new home. “The warehouses being converted into art spaces; the huge 19th century houses, many of which have gone into decay, are now being restored,” she says. “A lot of writers and artists are moving to Newburgh. People are putting a lot of energy into making the community come together. Hopefully, care and love will get the city to function properly.”

Building on that energy, Trussoni in 2019 started the Newburgh Literary Festival. The 2020 edition took place in October but was virtual and scaled down because of the pandemic. She hopes the festival can return at full force in 2022. Trussoni says she has been fortunate to have her own books published in the meantime, despite the shutdown, although publicity has been a struggle.

“My book was published [in hardcover] during the first week of April last year, at a moment when no one knew what was going on, and the warehouses closed down,” she says. “So many books were pulled and not published.”

Trussoni will launch The Ancestor in paperback with online events, although, she acknowledges, “it’s hard to get people excited right now. The upside is being seen by people who normally wouldn’t have been able to attend in-person readings. I’m going to keep writing more and people can find it later.”

Trussoni says she has finished a draft of a new novel but she would only offer teasers. “It’s turning into a thriller, more like my first novel, set mostly in the Hudson Valley, in a big old scary Victorian house — and some bad things happen. It came to me as one thing, then halfway through it felt like something else.”