Heidi Bender, who was elected to the Cold Spring Village Board in November, resigned on Thursday (April 15), saying in a statement she could no longer abide the tone and priorities of the board. 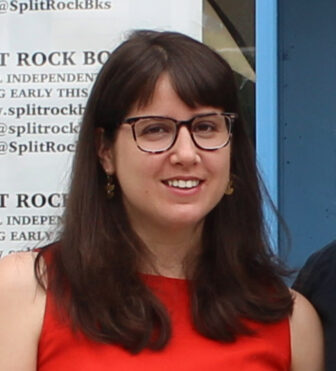 Mayor Dave Merandy commented that the resignation “took everyone by surprise,” but did not read Bender’s letter of resignation into the record. Bender earlier provided a copy to The Current.

Bender and Trustee Fran Murphy did not attend the meeting, which was held via Zoom.

Bender, who co-owns Split Rock Books on Main Street with her husband, Michael, wrote that she “ran for village government because I thought I could have a positive effect, and am now convinced that is not possible at this time.”

She added: “While healthy disagreement is an important part of any democracy, frequently the tone of conversation and the priorities of the majority of the board are at odds with the values I ran to represent,” and called on the board to offer “more participatory stewardship.”

Bender sometimes sparred with Merandy and Murphy on issues such as the budget and police reform, leading to tense exchanges during meetings. She and Kathleen Foley joined the board last year after running unopposed for two open seats.

Her letter also called for the village to consolidate with Philipstown. “So much of the work done by the village is in duplicate, or triplicate, with the Town of Philipstown and the Village of Nelsonville, and I believe taxpayers could benefit from consolidation,” she wrote.

She thanked “everyone in the village who has shown kindness and offered guidance,” and offered to continue as a board member until a successor was named to fill her term, which ends in 2022. The seats held by Merandy, Murphy and Marie Early will be on the November ballot; Murphy has said she will not run for a fourth term.

Merandy said the November election will now include a special election to fill Bender’s seat for the second half of her term. He added that as mayor, he could appoint a trustee to serve during the months leading up to the election. He also has the option of not filling the vacancy before the election, he said.