The end of the tournament was also a beginning.

Before the pandemic started, Haldane’s debate club, one of the school’s oldest and largest student organizations, traveled around the state, allowing its members to meet students from other schools and other countries while competing during tournaments at Bard and other colleges.

But within weeks of last year’s tournament at Bard, the spread of COVID-19 in the state began forcing drastic changes, including the eventual shutdown of in-person learning — first on a temporary basis and then for the rest of the school year. The pandemic would eventually not just close schools and force the cancellation of sports seasons and in-person graduation ceremonies. It would also inflict a toll on student clubs both old and new at Haldane High School, causing members to quit, a shift to online meetings and, in some cases, dissolution. 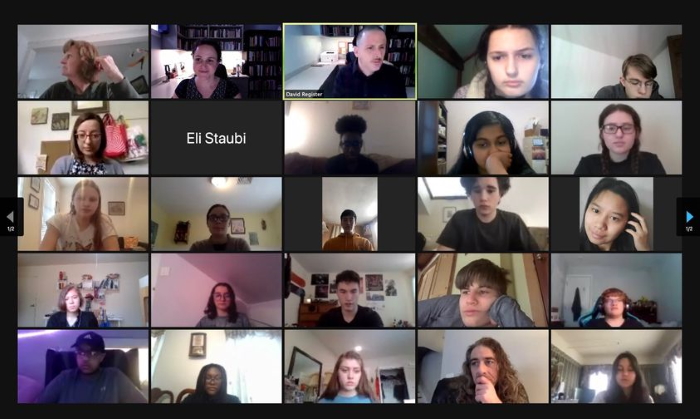 Debating via Zoom “actually works pretty well,” said Kottman, a senior whose school finished among the top-placing teams last month. “It’s not bad having the people who aren’t speaking muted, going into breakout rooms to prep and working with Google Docs,” she said. In addition, said Kottman, virtual tournaments “made it easier” for students to get involved because events are free and do not require physical space and a need to travel.

Although the club was able to push through the worst of it, there were still serious drawbacks to meeting virtually. Online tournaments are “definitely less fun” than in-person events, where students are able “to get to know new people, have snacks together, have a cool award ceremony,” said Kottman.

Founded last year, the club has become one of the school’s largest and been very active in local politics. In 2020, the club’s members called voters on behalf of U.S. Rep. Mondaire Jones, who in November won his campaign to represent New York’s 17th Congressional District, which covers Rockland County and parts of Westchester. The club also attended Zoom debates, said Damian Vladimiroff, and senior and founder of the club who now serves as its secretary.

In January 2020, the club’s membership was at a high point and was ready “to engage in a wide array of campaigns and activities that would impact our community,” said Vladimiroff.

“Navigating the political landscape for our members became difficult, being restricted to Zoom. As a result, between the final semester of the school year and summer, meetings for a time were sparse,” said Vladimiroff.

It is with that kind of resiliency that the clubs are very likely, once the pandemic is over, to bounce back.