Cynthia Kling of Philipstown is a co-founder, with Jamel Brown, of Transforming Lives (transforminglivesny.org), a project that pairs inmates with writing mentors.

Kling, whose career as a journalist included stints at Newsweek and Harper’s Bazaar, recently published Scrolls from a Forgotten World: Prisoners’ Writings and Reflections. The anthology was edited by Brown, who is serving a 26-year sentence at Sing Sing for a gang-related murder. Kling’s responses have been edited for brevity. 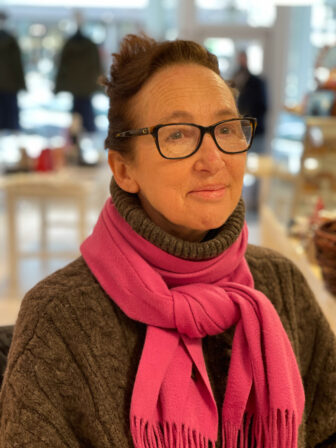 Before founding Transforming Lives, you were fired from a similar program at Bard College. What happened?

I worked to help Alex Duran, an inmate and part of my writers’ group, who had been convicted in a case where a friend shot and killed someone. The district attorney offered a three-year sentence if he’d testify but Alex refused and received 14 years. With about a year left, he was framed by other inmates and placed in solitary confinement. A Bard rule and a prison rule was that we were supposed to do nothing, to just look away. But I started knocking on doors, causing trouble. We got Alex out of “the box” and out of prison. And I got fired.

Where is Alex now?

He’s a partner in Transforming Lives. He was hired by the Ford Foundation after his release, then the Soros Foundation. He works on criminal-justice issues.

It enables incarcerated citizens to do creative work, rehabilitative work, while behind bars. When they sit down and write, it can change everything. Most inmates have grown up in prison, having gone in at age 17 or 18. They have no identities. One inmate told me the program changed him from being a prisoner to being a writer in prison. It’s about these guys thinking about where they are; their writing helps them understand how they got there. When they go before the parole board they have to be able to explain what put them in prison or they don’t get out.

We didn’t realize publishing their writing would give them and their families such a huge sense of pride. Skye, another partner in the project who was just released, said the biggest thing about the writing is it’s like someone handing you a piece of hope, and that’s all you need.

How are inmates in the program viewed by other prisoners?

The really bad guys, like the ones who framed Alex, think the guys are pussies. But others are envious. People in our program are extremely protective of it. They love being able to say, “Do you want to be in the program?” I hope the guys in the middle can find us, because some of them can’t read or write. An inmate’s mother asked us what we were going to do about it, that is, basic literacy.

Do inmates write about prison life or avoid the subject?

Some like to write and think about home, their grandmother, their first girlfriend. Others write about prison, its darkness, the deaths, the suicides. One guy is writing about a 70-year-old who died of COVID-19 in prison. And they draw. They draw the urinal in their cell. They draw the cell. They draw the most important thing in the cell — their pen. Nobody touches their pen.

Has the writing surprised you in any way?

Collectively, I can’t believe how good they are. I think it’s because they didn’t go to school and have it banged over their heads: “Don’t do that — do this.” Bam! … they go right into their story. Every one of them is like that. 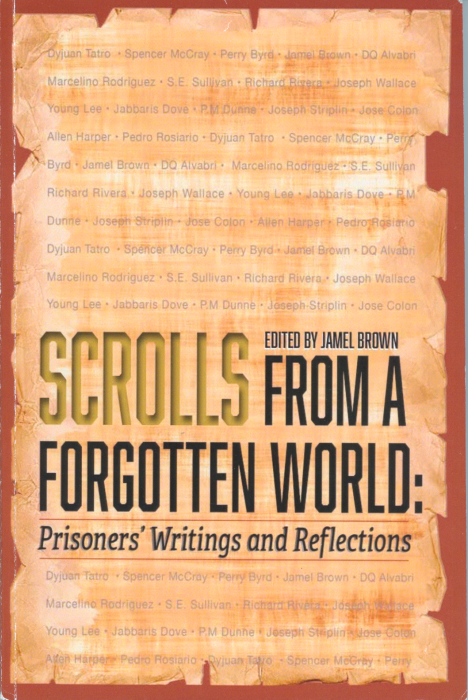 What’s the takeaway for readers?
I hope it’s that they think about the prison community as part of our community. We choose to not know about it. We need to participate, get involved. All these prisons around here are as much a part of what we own as Fahnestock State Park — or anything else people are fussing over — the Chapel, the golf course. I want people to start thinking about that. These are people. Citizens in cells. It’s not easy to think about.

Has working with inmates made you “soft on crime”?
It hasn’t. It’s made me more aware of how screwed up the punishment system is. A friend’s son gets arrested and gets three months. The Black guy in the South Bronx gets 15 years. It’s a dual system; we all know that now. When I asked a friend what she thinks about prison, she said, “You just hope they’re all really bad guys and they put them away.” That’s not true. These are human beings.

What’s the current state of rehabilitation?
The fact that we have no rehabilitation in prisons is bizarre; these people are going to come out and be our neighbors. President Reagan started getting rid of rehabilitation, but it was President Clinton who got rid of it. Everyone forgets he ran as the law-and-order Democrat. He apologized for what he did, but there are about 900 people in prison in New York state under his ridiculously long sentences. I hope Transforming Lives is rehabilitative.

What’s the first thing you would change about prisons?
I would bring some light into the system, so incarcerated people have a reason to move forward and up. Rather than paying inmates 35 cents an hour to make license plates — slave labor — set up a system with higher-level jobs that require more skills and pay more.

As a journalist, does it drive you crazy that Jamel left grammatical errors, typos and incorrect subject-verb agreement in some of the inmates’ writing?
No. I’m so not a copy editor! But neither Jamel nor I wanted any editor to go in there and start fussing. We decided this is how we are leaving it. Raw.