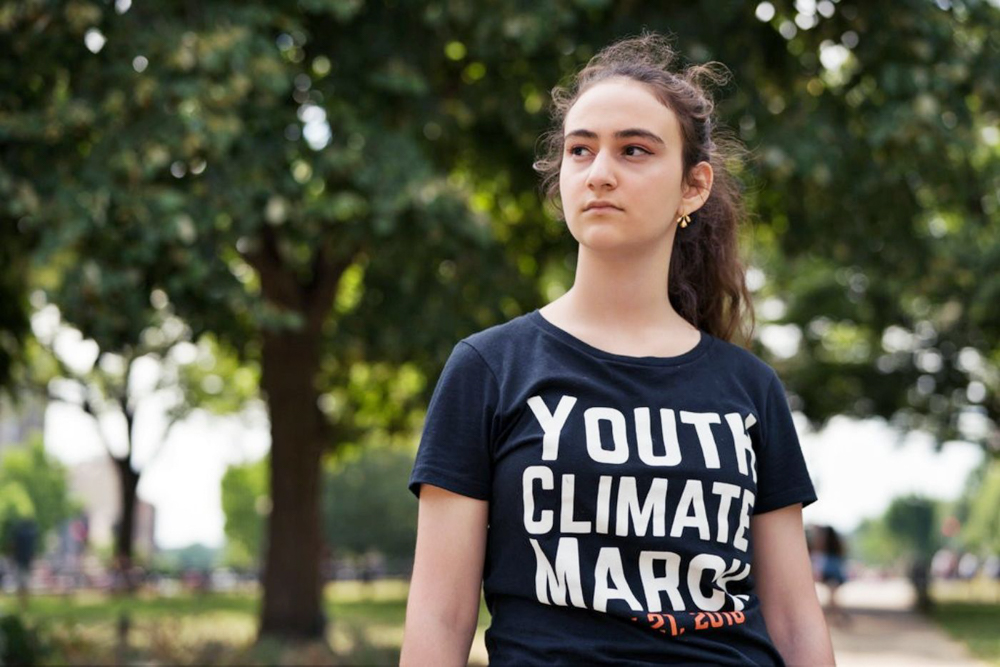 Jamie Margolin, 19, is a co-founder of Zero Hour, a climate-action organization based in Seattle, and the author of Youth to Power: Your Voice and How to Use It. She will speak at noon on Saturday (April 24) at Little Stony Point, just north of Cold Spring, as part of an Earth Day event organized by the Haldane PTA.

Way harder in college because I have to balance taking care of myself, living alone and trying to find my footing in my community. The classes are a lot more work. I’m in film school, and you’re always working on projects.

You became a climate activist at age 14. What would you tell your 14-year-old self now?

Pace yourself. You don’t need to sacrifice hanging out with friends and loved ones for the cause. You’re going to burn yourself out several times and make yourself miserable if you don’t learn to stop, smell the roses and be a kid sometimes.

Are you surprised the Biden administration has focused on climate policy?

No, that’s what we’ve been fighting for. They feel all this pressure from the activism we’ve been doing for so long. It should be the focus. As the Climate Countdown Clock in Union Square [in New York City] says, we have six years left to act [before scientists believe global warming will irreversibly alter the planet]. But I still don’t think climate justice and the intersectionality of the climate crisis is being talked about enough.

What has the pandemic taught you about activism?

You can’t plan for everything. Zero Hour had all of these plans for March 2020. We were going to go on a bus tour to get out the vote. There’s the old saying: “If you want to make God laugh, tell him your plans.” That’s what the universe was telling us in general. You have to learn how to roll with the punches.

What gives you hope?
The activism and the other people taking action alongside me. Knowing that I’m not alone, that there are people in this fight who have my back.

One thought on “5 Questions: Jamie Margolin”