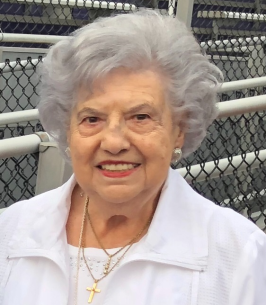 Geraldine “Gerry” Arquilla, 93, a lifelong resident of Beacon, died April 16 at her home.

She was born on Nov. 12, 1927, the daughter of Valentine and Anna (Pomarico) Arquilla. After graduating from Beacon High School, she worked at Albany Savings Bank in Beacon after more than 30 years, until her retirement.

Gerry is survived by her niece and nephews, Valerie Arquilla Newman (Dan), Vincent Arquilla Jr. and Joseph Penzetta (Taddy); and a sister-in-law, Dee Arquilla. Five siblings and her fiancé, George Post, died before her.

A funeral service was held on April 22 at Riverview Funeral Home by Halvey in Beacon, with interment following in the family plot at St. Joachim Cemetery. 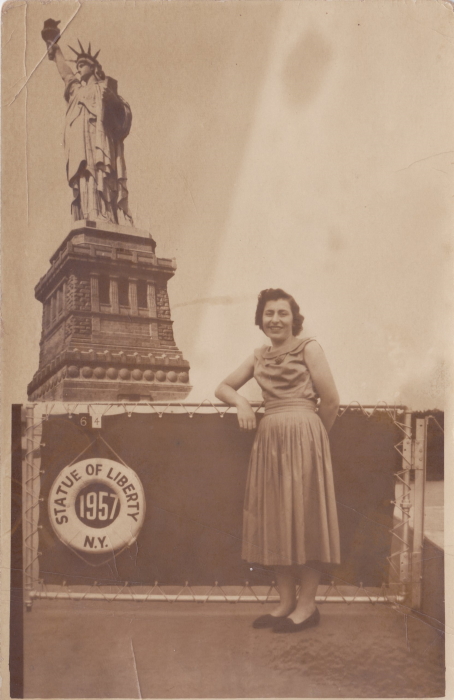 She emigrated to the U.S. in 1957 and worked in a button factory in Manhattan before moving to Beacon. She worked for more than 30 years as a dietary aide at the Craig House Rehabilitation Hospital in Beacon until her retirement at age 70.

Connie was a communicant of St. Nicholas Greek Orthodox Church in Newburgh and a volunteer there. She enjoyed gardening and cooking and was known for her Greek meatballs. Connie loved her Greek heritage dearly and teaching the traditions she has known to everyone around her. She loved being around her family, especially her grandchildren. You could never leave her house without a smile on your face and a stomach full of food, with bags full of food to take home, her family said.

Along with her husband of 62 years, Connie is survived by her children: Charles Belekis of Miami, and Nia LaBonte (Rick) of Salt Point; her grandchildren, Joseph LaBonte and Melissa LaBonte; and her sisters, Triandafilio Hatziergati and Fotini Vakirtzis, both of White Plains. Her son, Evangelos “Chris” Belekis, died in 2014 and her brother, Panagiotis Vakirtzis in 2017.

Funeral services will be private, followed by interment at Fishkill Rural Cemetery. Memorial donations may be made to the St. Nicholas Greek Orthodox Church, P.O. Box 2004, Newburgh, NY 12550. 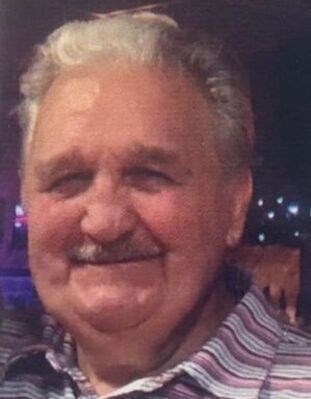 Bill worked in construction and later for Fishkill Bowl until his retirement. He was a bowler, hunter and fisherman. He enjoyed the outdoors and his dog, Charlie.

He also is survived by his grandchildren: Laura, Jeremy, Austin, Ashly, Michael, Alexis and Jonathan; and two great-grandchildren, Alyssa and Ariana.

A memorial visitation will be held on Tuesday (April 27) from 4 to 7 p.m. at Straub, Catalano & Halvey Funeral Home in Wappingers Falls, followed by interment in the family plot at Union Cemetery in Hyde Park. Memorial donations may be made to any animal shelter. 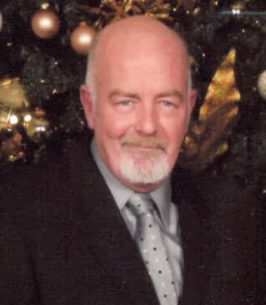 Maurice O. “Moe” Rogers, 68, of Beacon, and formerly of Brooklyn and Mahopac, died at his home with family members at his side.

He worked as an estate manager and manager of Hotline Messenger Services in New York City. He was a member of the Hudson Valley Pipe Club and the Friars Club in New York, where every year he played Santa for the Sunshine Committee.

Maurice was a gifted storyteller and lover of all God’s creatures, his family said. His infectious personality would always brighten the room.

Along with his wife, Maurice is survived by his children, Kerry Polla (Greg) and Steve Rogers (Abigail); his granddaughter, Bernadette; and a sister, Mary Lee.

A memorial service was held on April 21 at Riverview Funeral Home by Halvey in Beacon. 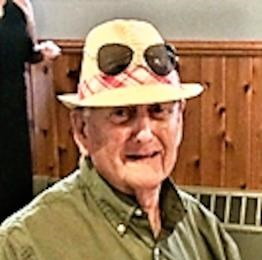 Ralph, who was a state corrections officer until his retirement, took incredible pride in Beacon. He attended school there and did a tour at St. Patrick’s High School in Newburgh, where he was on the basketball team. His family said they enjoyed his stories about taking the ferry over the Hudson River. He always joked about how he had to race to the ferry because the Newburgh-Beacon Bridge was not built yet.

Ralph served in the U.S. Air Force from 1954 to 1958. He remained stateside at Olathe Air Force Station in Kansas. After his service he returned home and met and married Jean Herring. The couple made their home in Hughsonville, where they raised five children and opened their home to several foster children, including Adam Jablonowski.

Ralph loved sitting at the gazebo at Berkeley Square with his friends and reminiscing about Hughsonville. Oldies music was a strong comfort to him, his family said.

He is survived by his children, Karen, Eileen (Raymond), Michael (Nadine), Jeanie (Terry) and Adam; a daughter-in-law, Joyce, and a sister-in-law, Joan Sheehan, and her children.

His wife died in 2002, and his son Ralph, brother Robert and best friend Ed Camp also died before her.

A graveside service was held April 21 at St. Mary’s Cemetery in Wappingers Falls. Memorial donations may be made to St. Jude Children’s Research Hospital (stjude.org).