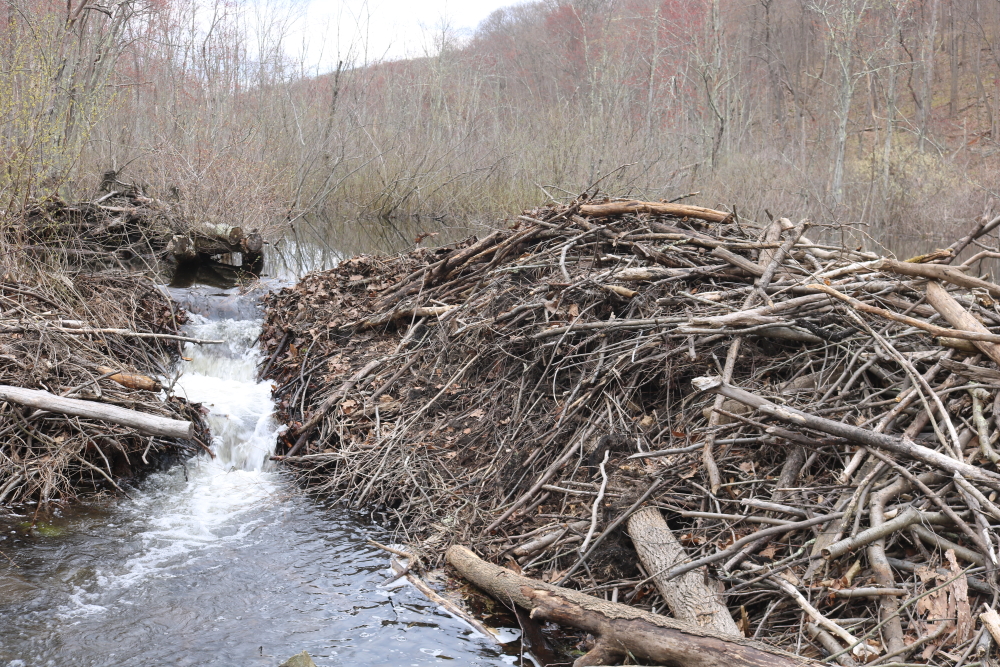 The beaver dam on Foundry Brook (Photo by M. Turton)

At a Cold Spring Village Board meeting, Greg Phillips, then the superintendent of water and wastewater, noted that beavers had constructed a dam on Foundry Brook, which carries water to the treatment plant from the uppermost reservoirs.

“What you take out one day, they put back,” he said. “It’s hilarious” but frustrating because the dam hinders access.

Six years later, the beavers are still building dams, although Matt Kroog, who took over when Phillips retired, says he has taken a “live and let live approach,” especially since the dam creates a pond that can be beneficial in times of drought.

He said he removes some of the material from time to time if it starts to prevent Foundry Brook from flowing freely to the water treatment plant.

Only a year ago, Ed Currelly’s soup company, Hudson Valley Frozen Fresh, was in the research and development phase.

Hudson Valley Frozen Fresh made its debut at The Cheese Shop in Cold Spring in October and can now be found in the frozen-food sections of Foodtown in Cold Spring, Key Food in Beacon and Adams Fairacre Farms in Wappingers Falls and Poughkeepsie. The Cold Spring resident said he hopes to soon add Whole Foods and ShopRite to that list. 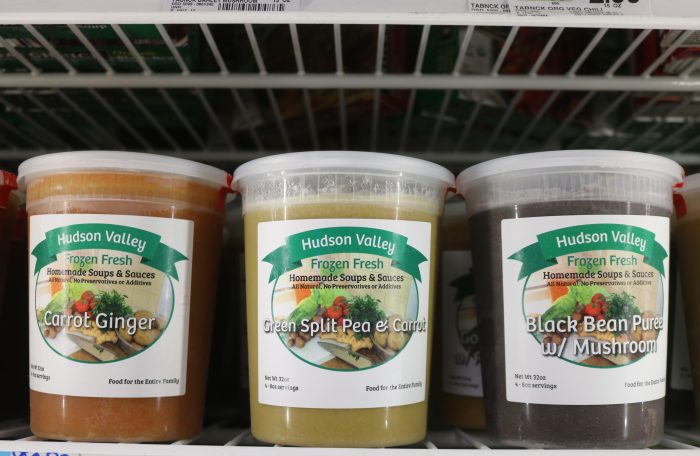 A selection of Currelly’s soups (Photo by M. Turton)

The soups, which use local produce whenever possible, are made at the Poughkeepsie Open Kitchen, a shared-use operation that supports entrepreneurs. They are cooked and immediately frozen and packaged in quart containers, he said.

Last year we reported on a Philipstown girl who was sent by a Putnam County judge for mental-health treatment at Cumberland Hospital for Children and Adolescents in Virginia.

In October, the girl had been among 20 former patients who filed a $127 million class-action lawsuit against the hospital, alleging they suffered sexual and physical abuse at the hands of its medical director, staff members and other patients. The lawsuit is ongoing.

One of the psychotherapists charged in the case, Herschel “Mickey” Harden, 73, pleaded guilty to sexually abusing a teenage patient and, out on bail, was scheduled to appear in court on Feb. 22 for sentencing. He faced a life sentence. Instead, he killed himself that same day.