In a vote of confidence for Beacon’s role as a gateway to the greater art community of the Hudson Valley, Iliya Fridman is opening a second location for his eponymous Manhattan gallery in a space adjacent to the Howland Cultural Center.

Formerly occupied by Jeffrey Terreson, the gallery will debut on Saturday (May 1) with Land Escape, an exhibit featuring works by Nanette Carter, Athena LaTocha and Wura-Natasha Ogunji. 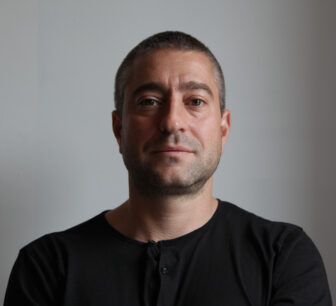 As part of the opening, there will be an evening performance by Victoria Keddie, who, as Fridman explains, “traces the location of space debris that is constantly orbiting the earth” and “by plugging in local coordinates into NASA’s data” will identify “the specific space junk above Beacon.”

“We’ll project onto the brick outside walls of the gallery, where two lawns meet and where the audience will gather and watch,” he says. “It’s tied to the theme of Land Escape, which has three singular artists creating their own landscapes, on different types of paper.”

Fridman says he hopes to feature Hudson Valley artists, and a selection will be the focus of the next local exhibit, scheduled for July 1 to Aug. 31. “We don’t just want to come upstate and impose our own imprint on the community,” he says. Fridman also hired Karlyn Benson, who ran the Matteawan Gallery until it closed in 2018, as his Beacon gallery director. 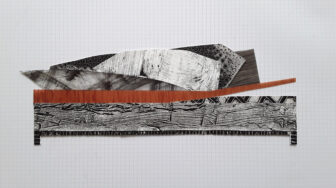 Fridman, a native of Russia, emigrated to the U.S. in 1991, when he was 17. Growing up in the Soviet Union made a deep impression on him. “There was no private property permitted and no public creative expression, so art was a private community outlet for expressing itself,” he says. “It wasn’t so much coming from a ‘sell it’ motivation, but it was about keeping us sane. That sensibility of a less commercial, more liberating artist practice informs who we are.”

In college, he majored in philosophy, earned a law degree and spent 15 years advising creative agencies and tech startups. His first gallery was in a coworking space. He expanded as tenants left.

He opened the Fridman Gallery in 2013 on the Lower East Side. The creative community seemed to be moving out of Manhattan because of rising rents, and Fridman says he wanted to “create a space where creative expression had a ground-floor presence” in a space with columns and high ceilings. 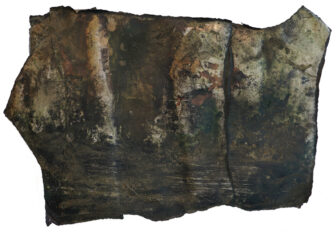 “Study for Bulbancha 2,” by Athena LaTocha

“I fell in love with programming exhibitions and meeting artists,” he recalls. “Over time it snowballed. The gallery started getting into art fairs, and there were more and more reviews in publications for our shows. Now we have a mix of promising artists and some older artists who deserve a bigger platform. Our artists are diverse in terms of both cultural background and also in the media employed.” One of his goals, he says, is to “get performance art, sound art and installations to be considered legitimate art forms, on a par with painting, sculpture, drawing.”

No matter the medium, Fridman looks for “artists who use an innovative process in furtherance of conceptual depth. A lot of our artists are highly skilled craftspeople.

To me, a great artwork has to meet some basic criteria: surface quality, aesthetic beauty, layers of meaning, conceptual depth so you’re incentivized to think about the work, and, finally innovation, which can be technical, or an innovative perspective — something that sets the artist apart.” 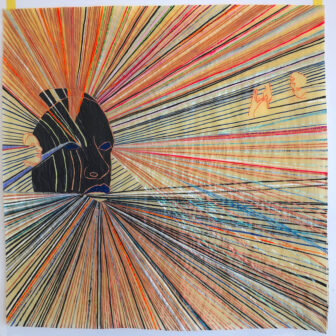 Fridman says he opened in Beacon because his Manhattan gallery was running out of space. “We have a roster of 16 artists, and we give each a solo show every two years,” he says. “We’re also interested in expanding the visions and audience outside the confines of the traditional art world.”

Already the gallery and Howland Cultural Center have become friendly, and enthusiastic, neighbors. Fridman says they’re planning joint outdoor experiences on the lawn they share, with performances on the first Saturday of each month.

“It’s nice to bring more art to Main Street,” he says. “Every time I come up I feel better, receptive, especially with the cultural center cooperating with us. I have a real affinity for Beacon.”