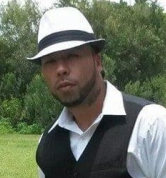 Danny Beltran, 40, of Hollywood, Florida and formerly of Beacon, died May 6.

He was born in Willimantic, Connecticut, on June 6, 1980, the son of Freddy and Carmen Beltran of Beacon.

Family and friends will gather on Tuesday (May 11) from 4 to 8 p.m. at Riverview Funeral Home by Halvey, 2 Beekman St., in Beacon. A Mass of Christian Burial will be held on Wednesday at 10 a.m. at St. John the Evangelist Church, 35 Willow St., in Beacon, followed by interment at St. Joachim Cemetery. 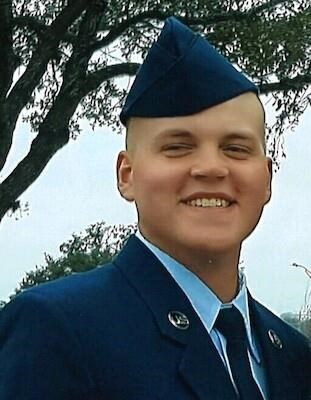 Royal was born in Poughkeepsie on May 28, 1999, the son of Royal and Jodi (Bradford) Ciancanelli. He graduated from Beacon High School in 2017. During high school, he worked for his family’s business, Royalty Carpet in Fishkill, which his grandfather opened in 1978.

The summer after graduation, he worked at Mid-Hudson Sporting Clays in New Paltz before enlisting in the Air Force. Following basic and technical training, he served at Spangdahlem Air Base in Germany until December, when he was transferred to Seymour Johnson Air Force Base in North Carolina. He was member of the Air Force civil engineering squadron known as the “Dirt Boyz,” working as a heavy equipment operator to maintain Air Force runways, roadways and infrastructure.

An avid outdoorsman, Royal enjoyed fishing and target shooting, in addition to his passion for Jeeps and four-wheel adventures. He was also a member of the Beacon Jeep Club. He especially loved exploring Mount Beacon and taking excursions throughout the region. Royal loved sitting by campfires and listening to music with his family and friends. He was a member of the Faith Assembly of God Church in Poughkeepsie.

Along with his parents, Royal is survived by his sisters, Olivia Ciancanelli and Abbey Ciancanelli; his grandparents, Patricia Bradford, Patricia Nevins and Royal Ciancanelli (Maureen); and his great-grandmother, Sharon Nevins.

A funeral service will be held at 11 a.m. on Saturday (May 8) at Faith Assembly of God, followed by interment at Fishkill Rural Cemetery. Members of the Air Force will conduct military honors.

Memorial donations may be made to United Service Organizations (uso.org), a volunteer organization that assisted Royal’s family. 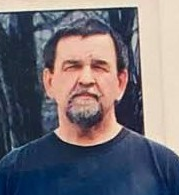 He was born in Beacon on Feb. 11, 1951, the son of Walter and Mary (Dubetsky) Scadura. Don owned DJS Air Conditioning and Refrigeration for many years and was co-owner of Orange County Powder Coating in Newburgh. Don was a NASCAR fan and loved riding his Harley-Davidson.

Don is survived by his wife, Sandra; his children, Gregory Scadura, Kimberly Mosley (Darrell) and Chad Lynn; his sister, Kathy Scadura and her daughter Ashley; and his close friends, Joe and Dee Connotillo.

Family and friends will gather on Wednesday (May 12) from 2 to 4 p.m. at Libby Funeral Home in Beacon, where a prayer service will be offered at 3 p.m. Interment will be private. Memorial donations may be made to the American Society for the Prevention of Cruelty to Animals (ascpa.org).