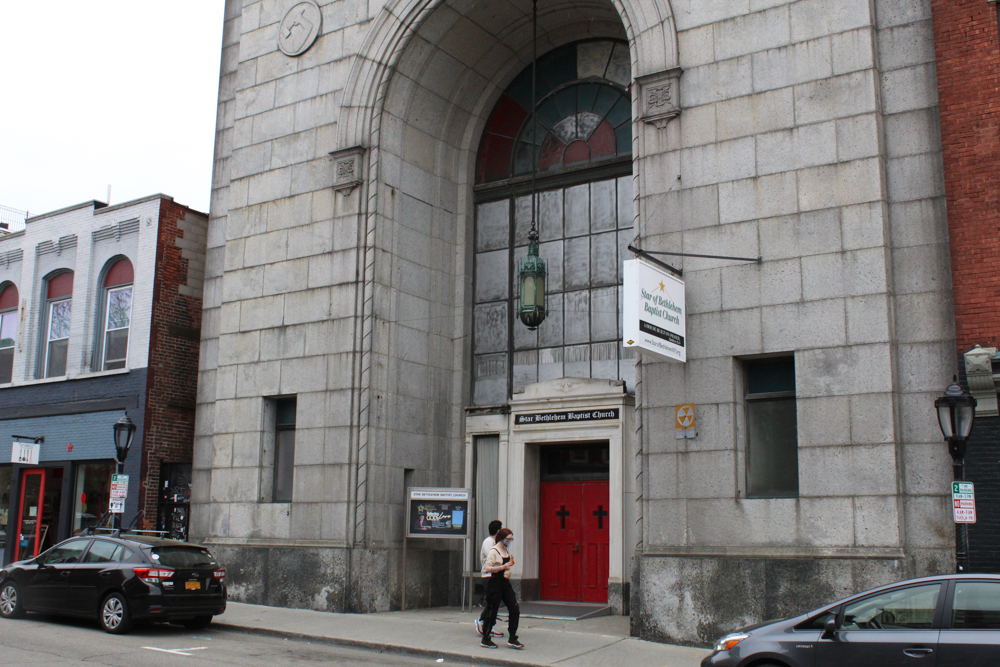 The Star of Bethlehem Baptist Church has occupied a former bank building on Main Street in Beacon for six decades. (Photo by L. Sparks)

The Star of Bethlehem Baptist Church, a historic Black congregation in Beacon born in 1900 when its founders began worshipping in a private home on North Avenue, is selling the former bank building on Main Street that has been its home for six decades.

The Rev. Daniel Blackburn, who was hired as pastor in 2019, estimates that half of the church’s members live outside of Beacon, some as far away as Sullivan County. On Sundays they must compete for parking spaces with day-trippers, especially during the summer, said Blackburn. 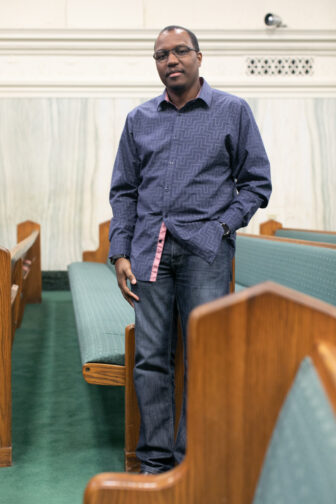 The Rev. Daniel Blackburn inside the sanctuary at Star of Bethlehem (File photo by Meredith Heuer)

“Everybody up from the city is coming, and with the restaurants having spots blocked, it’s just worse and worse for parking,” he said. “Come June and July, it’s really tough.”

The building, located at 139 Main St., is being purchased by Hudson Todd LLC, one of two firms run by Joe Donovan and his wife, Jinny St. Goar, who own a dozen other commercial properties along Beacon’s west end. It was built in 1929 for Mechanics Savings Bank, which merged six years later with Matteawan Savings Bank to become Beacon Savings Bank. In 1956, Beacon Savings moved to 364 Main St. (now Citizens Bank). Two years later, Star of Bethlehem, then at 22 N. Cedar St., bought the building.

Since its founding, Star of Bethlehem’s members have included administrators, teachers, nurses and federal and state employees.

The church’s next move is uncertain.

It was outbid for the Reformed Church of Beacon building on Wolcott Avenue, which is in contract for about $1.25 million to become a bar, hotel and entertainment venue, and it also may fall short on a property it covets in Wappinger, Blackburn said. Although the church is planning to increase its bid, it has started looking at commercial spaces in Beacon.

“There are some alternatives that could keep us in Beacon,” he said.

Donovan said Hudson Todd LLC will buy the Star of Bethlehem building for “at or close to the asking price” of $1.25 million. He said plans for the building are incomplete, although there will be immediate renovations such as replacing windows and removing a drop ceiling to uncover the building’s vaulted ceiling and skylight. “We’ll try to restore it to its original volume and condition,” he said.

Beyond the renovations, Hudson Todd is having preliminary conversations with a few potential occupants. A bar or restaurant open to the public “would be fine” but the company is open to other uses, Donovan said. The building has a large cellar that could be appropriate for a use like creative “maker spaces,” he said. 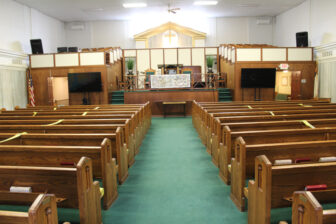 The developer says he plans to remove a drop ceiling that was added to the bank’s lobby to create a sanctuary. (Photo by L. Sparks)

The sale will add to the Donovans’ ownership of nearly every building on the first two blocks of the west end of Main Street, which, according to tax records, include, on the north side, 134 Main (Beacon Creamery), 142 (Tito Santana), 144-146 (Mountain Tops Outfitters and Colorant), 150 (Bannerman Island Gallery), 152 and 160 (empty lots next to Hudson Beach Glass) and 172 (RonzWorld Guitars).