Defendants in Beacon who are charged with certain nonviolent crimes and also struggle with addiction can now opt in to a diversion program designed to prevent overdoses. 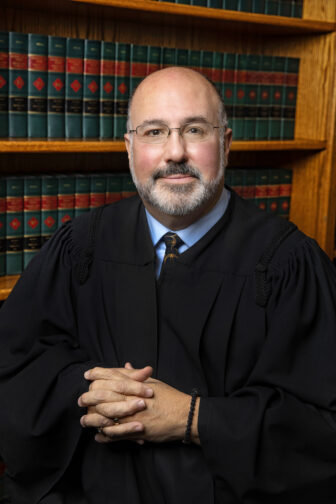 The Beacon Recovery Court, which launched in April, connects defendants with addiction counselors at Sun River Health. It differs from the Beacon Drug Treatment Court, in session since 2002, which provides treatment for up to 18 months following a guilty plea. The Recovery Court program, which lasts two to three months, does not require a plea.

Defendants may choose to enter the Beacon Recovery Court following a screening for their overdose risk and a review of  any criminal history. Timothy Pagones, the city judge who presides over the program, as well as the Beacon Drug Treatment Court, notes that a person doesn’t have to be charged with drug possession to be eligible.

“You could have a grand larceny, a petit larceny,” he said, although “certain things — a sex offense, drug sales, domestic violence — will prohibit you.” Other crimes that disqualify defendants are arson, crimes against children, violent felonies and criminal contempt.

Upon completion of the program, defendants can request that their cases be dismissed and sealed, he said. Those who fail to complete the program have their cases prosecuted as usual.

The Beacon Recovery Court is part of an attempt by the state court system to divert defendants who suffer from substance abuse, and especially opioid addiction. While the court can currently only handle defendants from Beacon, Pagones explained that it will become a “hub” that can hear cases from throughout Dutchess County.

Including Beacon, there are now 25 recovery courts in New York, said Susan Sturges, who coordinates them statewide, with more planned. (The first opened in Buffalo in 2017; the Newburgh City Court also has one.) Although they are open to anyone with a life-threatening substance-abuse disorder, the courts focus on opioid addiction — so much so that the model is known as an “opioid court.”

The courts hope to “intercept defendants who are at high risk of overdose at their earliest entry” in the legal system, Sturges said. While the defendant is in the recovery court, the county district attorney suspends prosecution of the case.

The launch of recovery courts in Beacon and elsewhere not only reflects a general reorientation away from punitive sentencing but also concern that the pandemic has led to rising overdose deaths. (The data collected by New York State lags by about a year: Dutchess had 43 opioid overdose deaths in the first six months of 2020, compared to 64 in 2019 and 83 in 2018.)

One thought on “New Beacon Court Hopes to Prevent Overdoses”