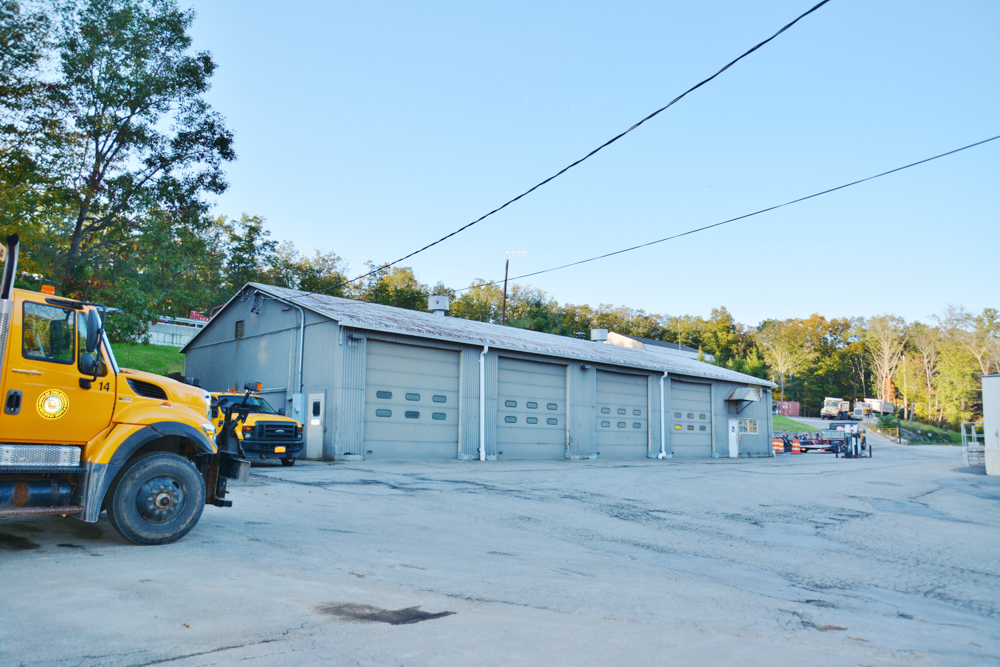 The Philipstown Town Board hopes federal aid will help pay for replacement of the deteriorating Highway Department garage. (File photo by L.S. Armstrong)

With the Town Hall renovation behind it (and, literally, around it), the Philipstown Town Board last week turned its attention to replacing the Highway Department garage, a project slated to receive $2 million in federal money if local hopes and congressional aspirations become reality.

Meeting in person for the first time since 2019 at the newly renovated Town Hall, the board at its May 6 meeting also considered birds and bees, dogs, and roads deemed unfit for development.

The town had moved its offices to other locations during the renovations to the 1867 building on Main Street near the Cold Spring-Nelsonville border, and met by Zoom during the pandemic. Now, the renovations are complete and all five board members have been inoculated against COVID-19.

Applause from socially distanced and masked members of the audience greeted the board’s return to Town Hall, where “everything old is new again,” as Supervisor Richard Shea put it. “A lot of people said we should abandon it, should have torn it down,” but the board disagreed and many residents were “very attached to it,” he added. “We’re hoping it’s good for another 100 years.”

In what he described as “a big deal,” he reported that a town application for a $2 million grant to replace its highway garage on Fishkill Road “is in the queue” to obtain federal aid in fiscal 2022 if all goes well. Rep. Sean Patrick Maloney, a Philipstown resident and Democrat whose congressional district includes the Highlands, proposed it, along with 19 other projects in his district. Maloney’s backing notwithstanding, the garage upgrade faces House Appropriations Committee review before it can be included in the spending legislation brought to the House and Senate for votes.

“I’m hopeful they’ll be able to come to some accommodation down in Washington,” Shea said. He said the country desperately needs support for bridges, road surfaces and buildings like the deteriorating 1957 highway garage, which the board wants to demolish so it can construct an energy-efficient facility that includes solar panels.

“Since we do have a shovel-ready project, it puts us in a good place” for funding, Shea said.