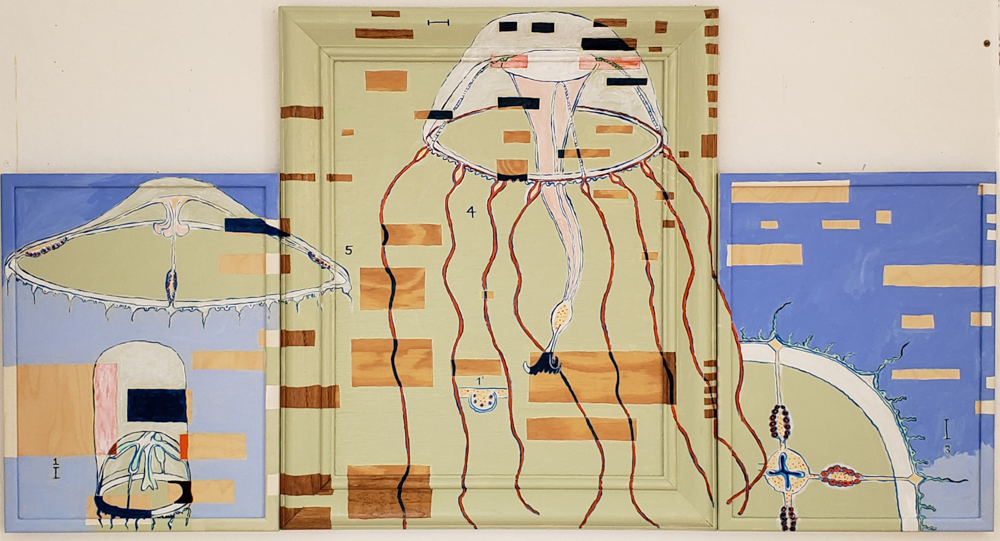 The majority of Holly Sumner’s painting subjects are “not something you would normally see,” she says. Entranced by the microscopic organisms she encountered through her biologist husband’s research, Sumner has brought them to visible scale through portraiture that will be the focus of Saints and Samurai, a solo show at the Garrison Art Center that opens Saturday (May 22). 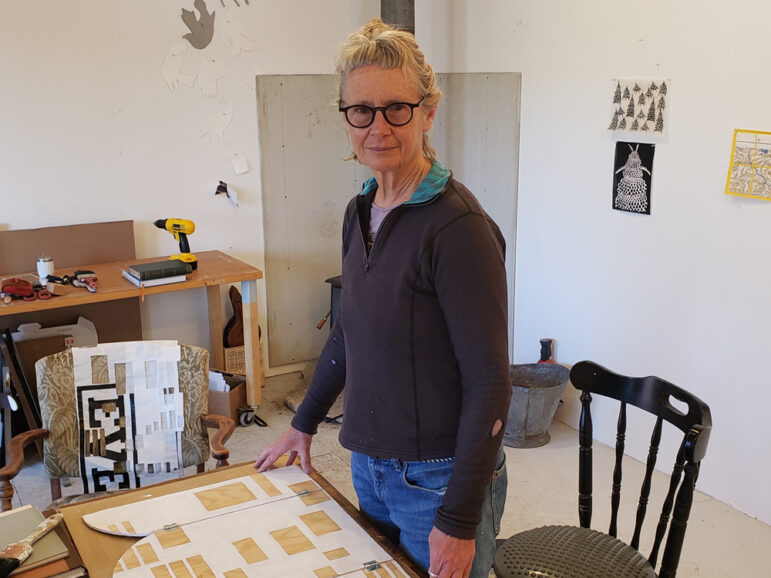 Her husband, now retired, worked at Woods Hole, the oceanographic institution on Cape Cod, where he studied the gases that come off the organisms, Sumner explains. While visiting him there, she came to appreciate the organisms’ visual beauty and the scientific data that defined them.

“My husband studied plankton, so I grabbed what was nearby, gleaning from what was at hand,” she says. “Scientists aren’t all that different from artists. Spending all this time with these organisms you can’t see except through a microscope, you start anthropomorphizing them, finding visual hints about their lives, like Whistler’s old lady with the fan in her hand, which you then employ in making portraits of them.”

In her notes for the show, Sumner expands on this: “When the radiolaria were lining the walls of my studio I saw them as my protective radiolarian samurai. The siphonophores are leisurely, elegant, gentle and refined. The medusae are iconic and private. The hydozoa are colonial, gracious and social.” 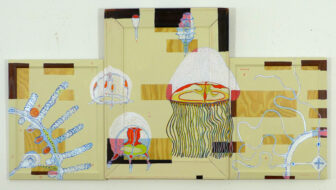 Sumner’s portraits are presented with backdrops of geometric data, which, she reveals, were used by her husband in his work. “His contribution is with those little squares in the back — all those rectangles were part of his program, which would take a sample from something here and mix it with something else. I try to be less literal with them; it’s a representation of the study of the environment.”

Her pieces are not based in art history as much as other works, she says. “It’s based on guidebooks and scientific tomes,” although “a lot of my formatting and the way I paint has been influenced by spending time in the Metropolitan Museum looking at older works.” 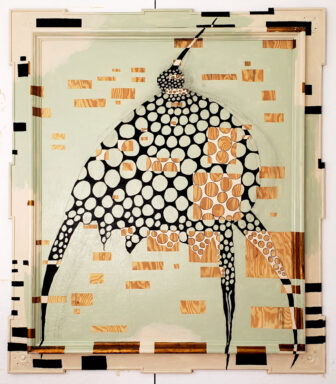 At the time, she was teaching a “Drawing at the Met” class at The New School and New York University and led students through its various areas: Asian, African, European, drawing. “I got to know the Met very well,” she says, including the variety of ways that its art is framed, something she’s emulating in some of her work. “Staring at multiple panels, often used with religious works, I noticed they actually folded, and there were other paintings on the back. When priests would set them up, they became like a folding church.”

In these polyptych paintings, the work is divided into sections, or panels, with the central, main panel usually the largest, and the others smaller. Another form Sumner is working with are engaged frames, which are “attached, like icon paintings — everything in the Garrison Art Center show is on wooden panels.” 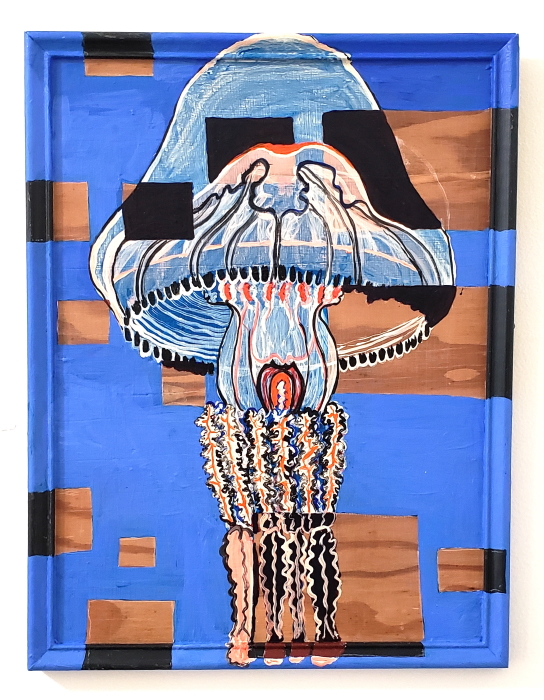 During her time studying art — she has a bachelor of fine arts from Alfred University and an MFA from the University of Colorado at Boulder — Sumner largely painted landscapes. “There was always a horizon line,” she says. “My work evolved, and part of it was moving to New York City and staying for 30 years before moving up to Beacon in 2004. Maybe it’s because I wound up having more of a people-oriented life rather than a landscape one.”

The Garrison Art Center, located at 23 Garrison’s Landing, is open from 10 a.m. to 5 p.m. from Tuesday to Sunday. Call 845-424-3960 or see garrisonartcenter.org. Saints and Samurai, along with an exhibit of ceramic sculpture by Deborah Lecce, will continue through June 20.

One thought on “Portraits of Plankton”