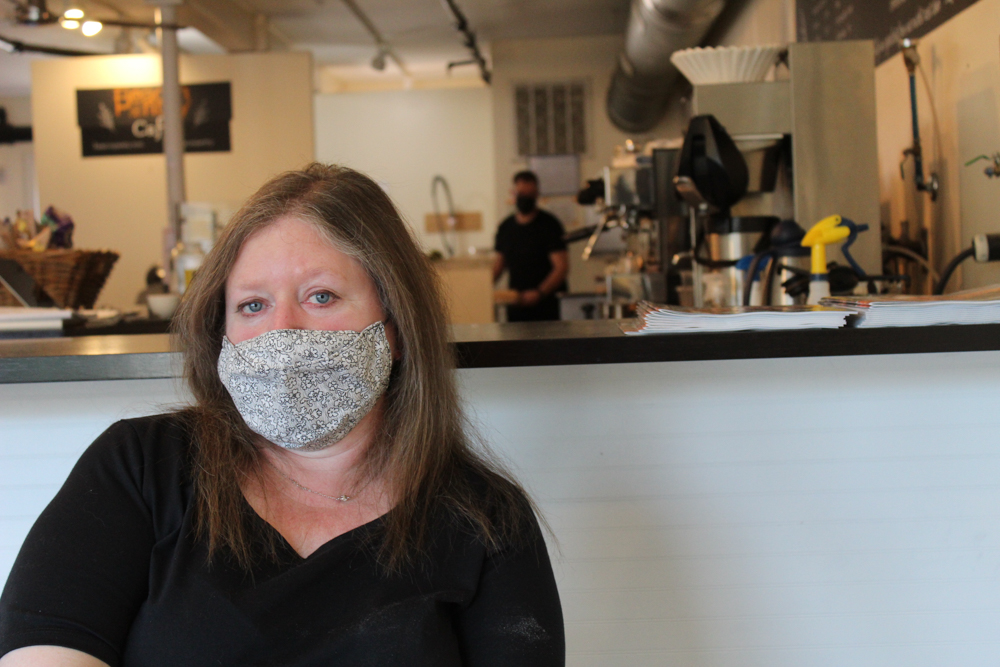 During the worst of the pandemic, Beacon Pantry owner Stacey Penlon lost a full-time cook who opted for the stability of a job as an electrician and another cook who moved to a catering company.

Finding new help is proving difficult at a crucial time.

As the pandemic wanes and restaurants are again allowed to operate at something close to a pre-pandemic pace, some job applicants schedule interviews but don’t show up, said Penlon. One person she interviewed never replied to her job offer. Ads at Indeed and Craigslist are posted, filled and soon posted again, she said. A sign on the door advertises positions for cooks, servers and dishwashers.

“This is not normal,” said Penlon, who opened her cafe seven years ago. “I have never had this much trouble hiring people.”

As vaccinations, warm weather and the thirst for day trips brings crowds to the Highlands, Penlon and other restaurants are finding that customers are returning in droves, but employees are not.

Pelon would love to open her cafe seven days a week instead of four. Last week, she said, she weighed closing temporarily, but a new hire changed her mind.

The Roundhouse in Beacon is facing the same challenges.

Last month was far busier than Aprils before the shutdown, but the company has struggled to fill shifts, according to general manager Katie Guerra. The Roundhouse’s restaurant is closed on Tuesdays and Wednesdays to give existing staff time off, she said. To entice prospective employees, the company created a bonus program for new hires, depending on hours worked — up to $500 for the first 10 weeks and the same amount for those who stay to the end of the summer. Staff can also receive a $250 bonus for helping recruit an employee, Guerra said.

The difficulty goes beyond hourly positions, which pay a minimum of $15 per hour, she said. The restaurant is having trouble filling two salaried positions with benefits: a sous chef and a front-of-house manager. Next month, when The Roundhouse resumes hosting larger weddings, the demand for servers will “skyrocket,” she said. For now, the restaurant is turning away request for private parties and baby and bridal showers, said Guerra.

“I have to say no because I can’t add any more burden to my staff, and that’s very frustrating,” she said.

Some elected officials blame the extra unemployment benefits that have been in place since last year. Approved by the federal government, the benefits initially paid an extra $600 a week before being scaled back to $300. The payments are scheduled to end on Sept. 5.

Joe Caragine, the owner of Brothers Lawn and Landscape in Garrison, said his company is as busy as it’s been in 20 years, and “could easily use two or three more guys,” even without experience. Several people who worked last summer said they are not returning, including one who said he was making more on unemployment, said Caragine.

“It’s backbreaking work in the heat and bad weather,” he said. “Some guys’ attitude is, why go out and bust my butt for the same amount of money [as unemployment]?”

But shortages may also exist because the pandemic shutdown inspired career changes. In a recent Pew Research Center survey of unemployed workers, two in three said they had seriously considered changing their occupation or field.

Kerry Soeller, who works for a trio of restaurants owned by the same family — the Beacon Bread Co., Tito Santana Taqueria and Ziatun — said food industry workers she knows have left the industry and the area for a variety of reasons, including the costs of renting in Beacon, customers complaining about having to wear masks when not seated or longer waits for tables because of capacity limits.

The most common reason, she said, is that workers already stung by being laid off fear being exposed to the virus that causes COVID-19 while serving diners who under state guidelines can remove their masks when eating and drinking. Some servers have told her they stopped working at multiple restaurants to reduce their chances of being exposed, she said.

Restaurant workers “should feel protected and respected right now because there are not enough of us to handle the crowds, and we are all trying our best,” said Soeller. “We are a special breed of humans trained to bend over backward to make customers leave with a smile, but this year was very difficult for us all and more people should understand why.”

In New York state, the leisure and hospitality industry suffered the most job losses during the pandemic, according to the most recent monthly jobs report from the state Department of Labor, issued on April 15. The industry had roughly 277,000 fewer jobs this March than it did in March 2020, a drop of nearly a third.

Some of those jobs returned last summer, when the state began allowing businesses to reopen. Even more jobs are returning now while New York gradually ends restrictions on capacity and operating hours.

There just aren’t enough people willing to fill them.