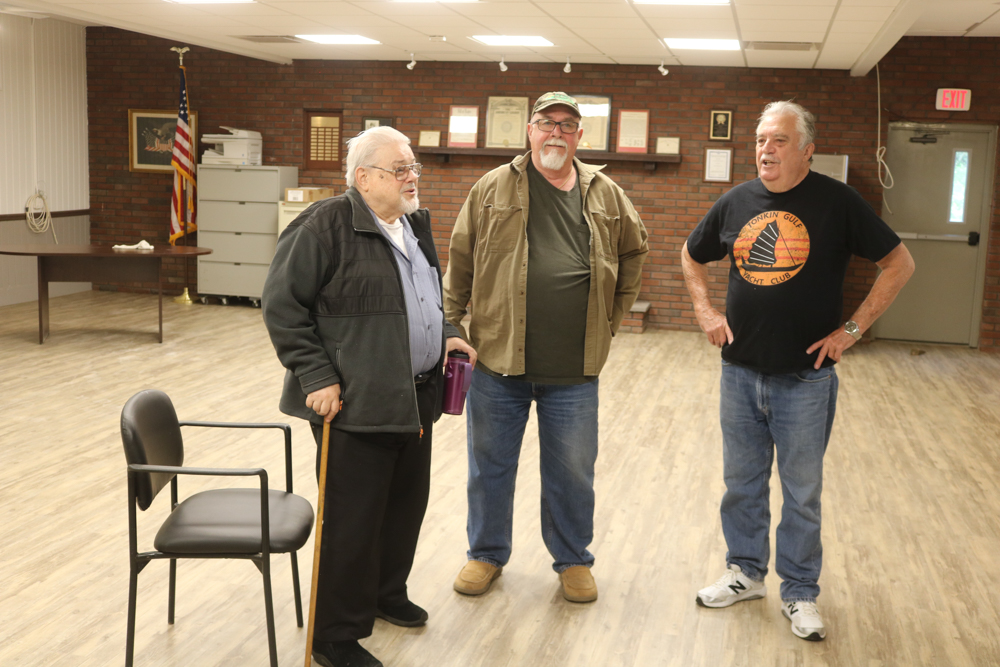 But attracting new members is a challenge

The American Legion hall in Cold Spring recently underwent renovations. The organization hopes the improvements will attract weddings, banquets and other revenue-producing rentals. The real challenge, though, is attracting new members.

Tom Kivel, the commander of George A. Casey Post 275, says the membership of both the Legion and Veterans of Foreign Wars is around 100, but only about 20 are active. The Legion shares the building with VFW James Harvey Hustis Post 2362. Both posts are named for local men who died in World War I.

Other than for its meetings, the Legion has rarely used its own building over the past few decades.

“The Philipstown senior citizens were here for more than 25 years,” Kivel said, until they moved in 2019 to the county-run Philipstown Friendship Center at the Butterfield redevelopment project. More recently, the Town of Philipstown used the building for its Justice Court while Town Hall on Main Street was being renovated.

Since reclaiming the building, the Legion has redone the ceiling and floor, upgraded the kitchen and added a coat of paint. The materials cost about $16,000 and Legion members provided the labor.

“The room has a capacity of 84 people,” Kivel said. “We hope it can become a rental space” once the post purchases tables and chairs. “People have been trying to donate their old couch with flowers on it,” he said, with a smile. “But we need furnishings.”

The post will accept secondhand pots and pans but they need to be large enough for parties and weddings.

In the past, the Legion awarded $4,000 in scholarships each year to graduating seniors at Haldane High School. Kivel wants the organization to return to that practice, but it won’t happen this year. Building renovations and the inability to raise funds through the Legion’s traditional poppies sale because of the pandemic shutdown left the organization with little cash. “We have to be careful,” he said.

The average age of American veterans is 65, according to the Census Bureau, but a youth movement would help rejuvenate Post 275.

“The future doesn’t look good if we don’t get some younger people, and they’re right here in the village,” Kivel says.

He believes the slow decline in members began when Vietnam veterans came home, tried to join the VFW and were rejected.

“They don’t want to join us,” Kivel said, “Yet the established organization is here and it’s theirs; in a few years they’d be running it. We’re too old. I’m one of the younger members — and I’m 73.” 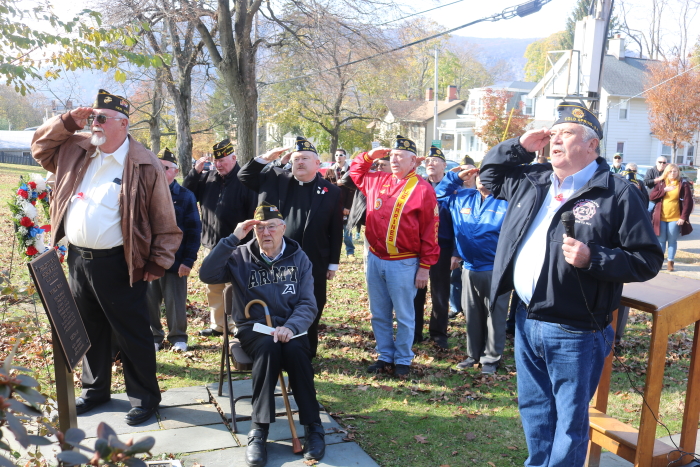 Members of the American Legion and VFW salute during a Veterans Day ceremony in 2019. (File photo by M. Turton)

Tommy Wills, 47, served in the Navy in the early 1990s. The former Cold Spring resident now lives in Beacon.

“The Legion has always seemed like an older group,” he said. “By the time I get off work, do what I have to do, including coaching basketball and Little League, I’m exhausted; I don’t want to sit at an American Legion meeting.”

Wills says his station in San Diego, during peacetime, is another factor in not joining the VFW. “I wasn’t in the trenches,” he says. “It was a different time.”

Cullen Lyons, 32, lives in Beacon and is a member of the VFW. “I enjoy being part of it, but I’m a single dad with a 13-year-old and my schedule often makes it difficult to get there,” he said.

Lyons served in Afghanistan with the Army National Guard in 2012, deploying as a specialist and returning a year later as a sergeant. He works at the Veterans Administration hospital in Montrose and is a former director of veterans’ affairs for Rep. Sean Patrick Maloney, whose district includes the Highlands.

“It’s hard for guys my age” to be active in veterans’ organizations,” he said. “It would be good if they could offer more activities that could include families: I play in a horseshoe league and would much rather play at the VFW.”

John MacEnroe, a retired Army major, is the treasurer of Beacon VFW Post 666 and is involved in program development. As in Cold Spring, his organization not only shares a building with American Legion Post 203 (Memorial Hall on 413 Main St.), it shares many of the same challenges, including membership. He estimates the two organizations have about 205 members but only 35 active.

“We’re trying to address that with a marketing program” and other initiatives, he said.

MacEnroe thinks the question on the minds of potential younger members is: “Why should I join?” The answer, he says, is “because only veterans understand other veterans” and that organizations such as the VFW and American Legion provide “a safe space where people understand where you’ve been and what you did; veterans can talk if they feel like it, or not talk — and not be judged.” 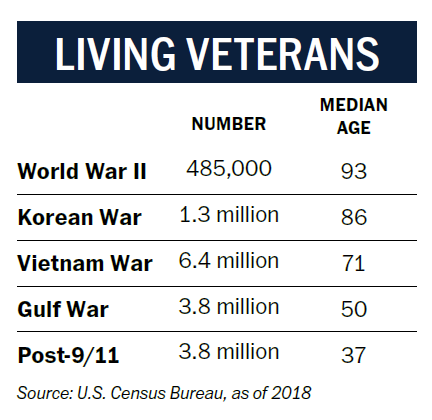 MacEnroe said in addition to mitigating the effects of combat-related stress, the Beacon VFW also identified a long-term need that’s been overlooked: teaching younger veterans how to become older veterans.

“The Army teaches how to become a soldier, but no one teaches you how to become a civilian again,” MacEnroe said, adding that VFWs can provide that service. “Those of us who have been successful in our careers can help younger transitioning veterans enter the civilian world with less stress than we did.”

When asked about the future of the American Legion, John Raughter, a representative at its national headquarters in Indianapolis, cited an article in The Wall Street Journal that stated the Legion “is slowly fading away.” But, he notes, it was written in 1971. “I don’t know if the writer is still around, but the American Legion still is,” he said.

“When you get out of the military now, you get a job or finish school,” he said. “Once you retire, you have more time to volunteer. Sometimes it takes a while for members to join.”

The Legion remains the largest veterans’ organization in the U.S., with 12,000 posts, or “twice as many posts as there are Walmarts,” Raughter said.