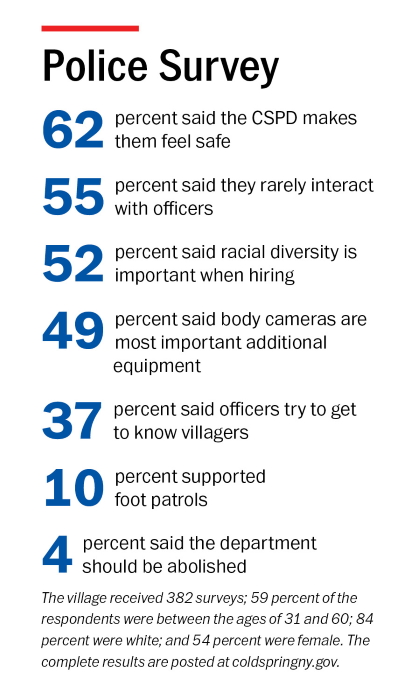 The Cold Spring Village Board on Tuesday (May 25) released the results of a survey it conducted of residents and business owners about their relationship with the Police Department as part of a state-ordered review of procedures and policies.

Trustee Fran Murphy presented data from the 14-question survey, which was distributed over seven weeks. Murphy said 367 surveys were completed, or about 56 percent of the 700 distributed, as well as 15 paper surveys, for a total of 382.

Click here to see the complete results, which will be considered by the Community Stakeholders Group that the board plans to form as part of its review.