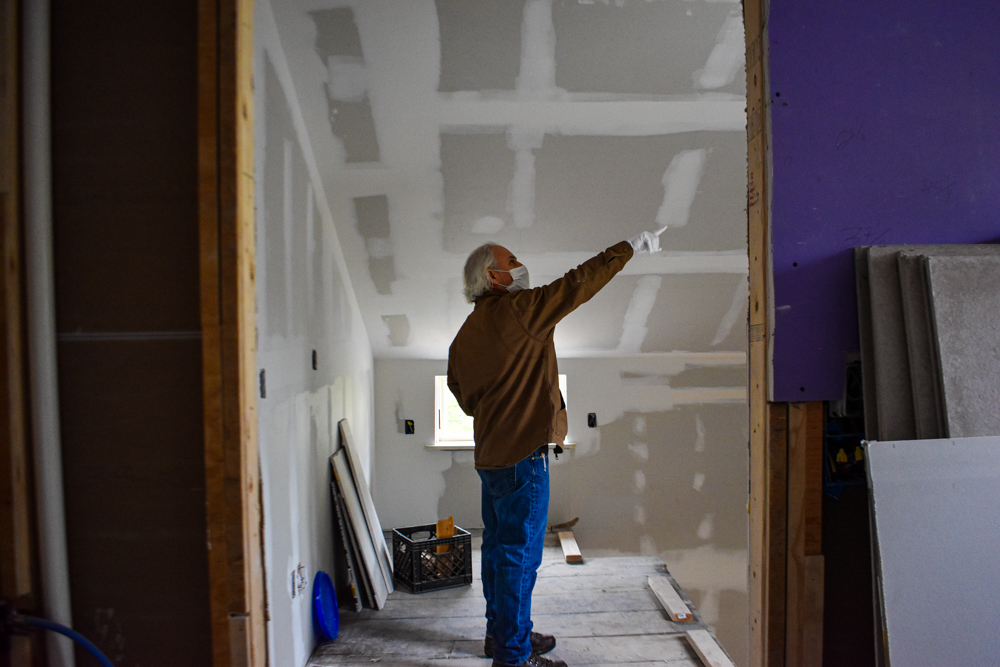 Benjamin Fiering of Third Floor Corp. explains an aspect of a Passive House retrofit in Beacon. (Photo by B. Cronin)

Some architectural concepts are difficult to understand. Passive Housing is not. If you’ve closed the blinds on a summer day to block the midday sun from heating up your house, you have the basic concept down.

Passive Housing refers to positioning and designing a building to maintain optimal temperatures with a minimum amount of energy. That means everything from siting a building to face south with trees or other natural barriers to the north (to block winter winds) to thick windows and doors and extensive insulation to form an airtight envelope (to trap cool air in summer and warm air in winter).

There are limits: You can’t make a house too airtight or “you’d be smelling your farts for days,” says Benjamin Fiering of Third Floor Corp. with a laugh. Fiering specializes in retrofitting homes using Passive Housing principles, including one in progress in Beacon.

To keep fresh air circulating, Fiering installed an energy recovery ventilator that also “exchanges the heat energy from the outgoing stale air to the incoming fresh air. You flip a switch in the summer and it does the opposite,” he said. 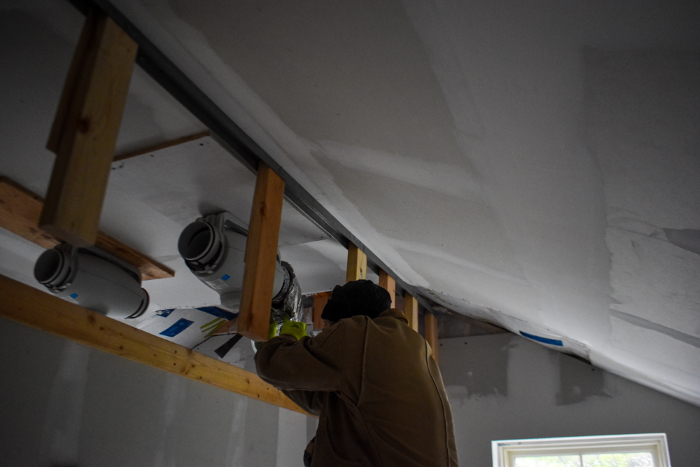 Eli Weiner of Third Floor Corp. installs an energy recovery ventilator at a job in Beacon (Photo by B. Cronin)

An industry group, the International Passive House Association, defines a Passive House as one that uses at least 90 percent less energy for climate control than typical of the neighborhood. Fiering says while that benchmark is a goal, there are other considerations. “I could build a Passive House with horrible materials like polyurethane foam,” he said. “It would meet the standard but drive the greenies crazy.”

The same goes for Net Zero housing, a similar concept in which a home generates more energy than it uses. “You could have a coal-fired furnace in a Net Zero house if you have enough solar panels on the roof,” Fiering explained. Instead, you have to consider the bigger picture. He cited River Architects in Cold Spring as being particularly influential in popularizing Passive Housing in the Hudson Valley.

As cutting-edge as the technology can be, Fiering, a fan of classical architecture, draws inspiration from the techniques builders used in the 19th century. He points to the work of Catherine Beecher, the sister of novelist and abolitionist Harriet Beecher Stowe, who in the 1860s designed cottages with a ring of small rooms heated by a kitchen stove positioned at the center of the house. “I’ve torn apart a lot of old buildings, some of which were 200 years old,” Fiering said. “I’ve seen what works and what doesn’t and I’m always going to let that inform me.”

Buildings account for 40 percent of energy usage in the U.S., which means that if New York State and the country are going to meet aggressive clean energy goals, the effort will have to start at home. Fiering said that one passive house, or even 100, isn’t going to turn the tide. But they will have influence.

“It’s about building a culture that impacts the larger industry,” he said. “It’s building a set of trial-and-error experiences and skill development, and training so the kids who are coming into construction and design today, who are interested in it, this is their first motivator. They’re going to go green and save the world.”

Printer Pod
You Think Your House is Small?

One thought on “A House Attune with Nature”