Officers responded to 634 calls, including 30 auto crashes and 17 domestic disputes.

William C. Dennison, 21, of Marlborough, was processed on a warrant.

A Delavan Avenue caller reported someone fraudulently trying to claim unemployment benefits in his name.

A Wolcott Avenue caller reported that someone had parked at the end of her driveway and looked through her mailbox.

A Main Street caller reported a noise complaint against her neighbor.

A West Church Street caller reported damage to his car while it was parked in his driveway.

Marquis N. Thompson, 25, of Beacon, was processed on a warrant.

Dylan M. Cronk, 31, of Beacon, was charged with possession of a controlled substance.

Marc V. Simone, 44, of Wappingers Falls, was charged with criminal mischief and reckless endangerment after a welfare check on Church Street.

Justin L. Uskans, 45, of Beacon, was charged with contempt for allegedly violating an order of protection.

A Church Street caller reported that he had loaned his vehicle to someone but it had not been returned.

A Stratford Avenue caller reported being the victim of an identity scam.

An East Main Street caller reported that she was bitten by her neighbor’s dog.

At about 1 a.m., officers responded to Main Street for a report of a 64-year old man who had called 9-1-1 and stated that he was sitting in his vehicle doused in gasoline with explosives and a loaded firearm. Further, the subject threatened to use them if anyone approached. Officers located the subject in his vehicle and cordoned off the area. The man spoke with the 9-1-1 operator, a negotiator from the Dutchess County Sheriff’s Office and a member of the Beacon Police Department and, after about two hours, agreed to surrender. He was transported to Mid-Hudson Regional Hospital for a mental health evaluation. Officers found a gas can in the vehicle but no weapons or explosives.

A Dutchess Terrace caller reported someone fraudulently trying to claim unemployment benefits in her name.

A Liberty Street caller reported someone fraudulently trying to claim unemployment benefits in her name.

A Forrestal Heights caller reported someone taking her cell phone after she left it in a common area.

Joel E. Sanchez, 34, of New York City, was charged with false personation after a call to Red Flynn Drive.

At about 11:15 p.m., officers responded to Red Flynn Drive near the Sloop Club following a report of a man yelling for help. Officers located a capsized rowboat in the river about 20 yards from shore with a man clinging to it. Officers were able to throw a rope to the man and pull him to the pier. He was taken by ambulance to St. Luke’s Hospital for treatment and released the following day.

A Main Street caller reported the tip jar had been taken from her business.

Beatriz Velez, 41, of Beacon was charged with possession of a controlled substance after officers responded to a call for disorderly conduct on Colonial Road.

David R. Long, 39, of Warwick, was processed on an arrest warrant.

A Bank Street caller reported damage to her car as a result of a hit-and-run.

A Forrestal Heights caller reported someone fraudulently trying to claim unemployment benefits in her name.

A Main Street caller reported damage to her parked vehicle.

A River Ridge Court caller reported that a truck had backed into a deck.

A Main Street caller reported a dispute over lost property.

A caller reported that someone had withdrawn funds from his bank account with his lost ATM card.

A Fishkill Avenue caller reported that her purse had been stolen from her chair while she was out to eat.

A Falconer Street caller reported that someone had thrown a rock at his truck, causing damage to the rear window.

A caller reported receiving harassing text messages from an acquaintance.

Officers assisted the Beacon Fire Department on a structure fire at 45 Lafayette Ave. at about 2:45 p.m. An occupant and dog had already exited the home. 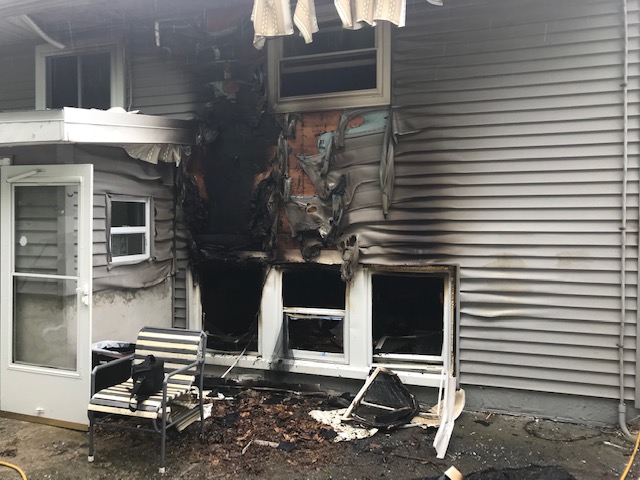 The Beacon Fire Department extinguished a blaze at 45 Lafayette Ave.

Officers responded to a report of a car that struck a telephone pole on Fishkill Avenue.