A week after submitting a nominating petition to appear on the November ballot in pursuit of his fourth term, Cold Spring Mayor Dave Merandy has dropped out of the race. 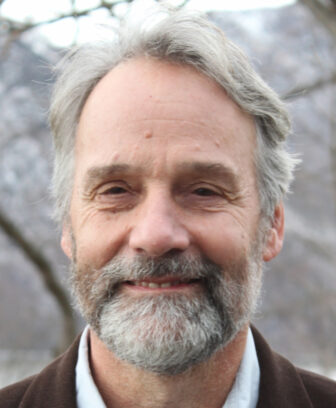 Trustee Marie Early and Matt Francisco, the chair of the Planning Board, also abandoned plans to run for the Village Board, which has five members, including the mayor. Like Merandy, Early would have been seeking her fourth, 2-year term.

There will be three open seats on the board, including one held by Heidi Bender until her resignation on April 16. Merandy named Tweeps Woods to fill the seat until Election Day on Nov. 2; Woods will appear on the ballot to fill the seat for the second year of Bender’s term, along with Yaslyn Daniels, who announced her candidacy on May 24, the day before nominating petitions were due.

With Merandy’s departure, the candidates for mayor who will appear on the ballot are Trustee Kathleen Foley, who ran unopposed in November to join the board, and former Putnam Legislator Vinny Tamagna, who is the county’s transportation director.

In a statement issued on Thursday (June 3), Merandy said a three-way race for mayor “would not serve the best interests of the village.” He and Early, who were planning to campaign with Francisco, called the decision to withdraw “extremely complicated and heart-wrenching” but offered no details about their reasoning.

Francisco said in a statement that he had joined the race to “work with Dave and Marie,” but when they withdrew, “I felt I could make a greater contribution to the village by remaining on the Planning Board.”

It’s been an honor and privilege to work for the village for the past six plus years. We’ve put our heads down, rolled up our sleeves and have taken on all that’s come our way. We haven’t asked for recognition or accolades, we just wanted to do the work of the village. All that we’ve done has been in the best interest of the village and we are extremely proud of our accomplishments.

Therefore, we have decided to withdraw our bid for another term. It was an extremely complicated and heart-wrenching decision.

For now, a huge thank you to Trustee Fran Murphy who has given so much time and energy to the village and whose commitment to consensus and compromise for the good of the village cannot be overstated, and to Matt Francisco who joined our ticket and who has served admirably as the chair of the Planning Board since we were first elected in 2015. The village is fortunate to have benefitted from the service of such dedicated, professional individuals.

Thank you to all those who have supported us over the years. We are so appreciative of your support and hope we have served you well.

The three remaining candidates for the two full-term seats now held by Early and Fran Murphy, who is not running for re-election, are Eliza Starbuck, the president of the Cold Spring Area Chamber of Commerce and co-owner of Flowercup Wine on Main Street; Cathryn Fadde, a former Village Board member and owner of Cathryn’s Tuscan Grill on Main Street; and Jeff Phillips, a carpenter who, like Starbuck, will be seeking office for the first time. Tamagna, Fadde and Phillips are campaigning together.

Foley had worked to elect Merandy in his three campaigns, dating to 2015. When asked why she wanted to unseat him, she replied in a statement on Wednesday that she has “the dedication, enthusiasm and experience to lead Cold Spring now — it’s time for the next generation to step up and lead. Our mayor, trustees, staff and so many volunteers have thanklessly laid the groundwork that makes this village strong. We need to build on that foundation.”

At board meetings in recent months, Foley and Merandy have engaged in a number of tense exchanges over issues such as the ongoing review of the Cold Spring Police Department. More than once, Foley chastised the mayor over his tone when addressing her and former trustee Bender.

■ The Village Board, with Murphy absent, on Tuesday (June 1) continued its discussion of a proposed local law to regulate short term rentals, including Airbnbs. No action was taken but there was general agreement on a number of provisions:

■ A request to operate a food truck at Mayor’s Park was denied, in part because parking in that area may soon be metered, depending on recommendations from the Parking Committee and acceptance by the Village Board.

4 thoughts on “Mayor Drops Out of Cold Spring Race”