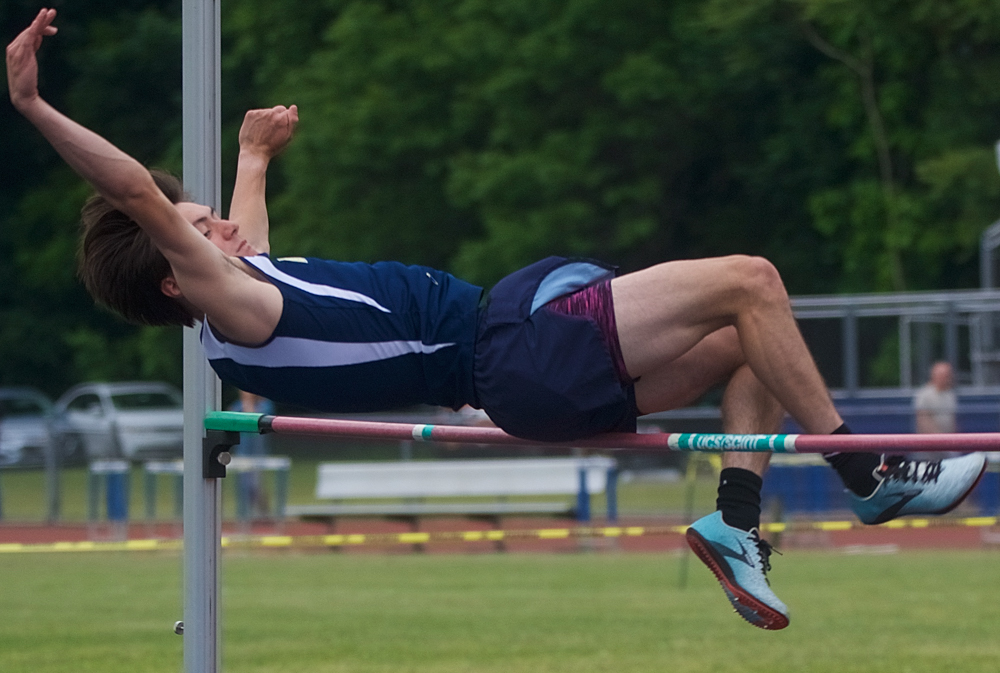 Beacon's Evan LaBelle competes in the high jump during the league championships. (Photo by S. Pearlman)

“We faced a lot of tough golfers,” VanVoorhis said. “But we had a lot of hungry golfers who were anxious to improve their games. It’s exciting to think about how they will improve over the next couple of years. Their enthusiasm and willingness to learn the game is admirable.”

The Bulldogs closed their season with a loss to Ketcham. Philipbar shot a season-best 43 on nine holes. The team had its best match in early May at Hollowbrook Golf Course in Cortlandt Manor, beating Hendrick Hudson, 233–249.

Martin, Philipbar and Espinosa all finished at 44, with Coughlin at 49. “That’s a tight course, and our guys really played smart and consistent and shot better,” VanVoorhis said. “They managed the course well.” 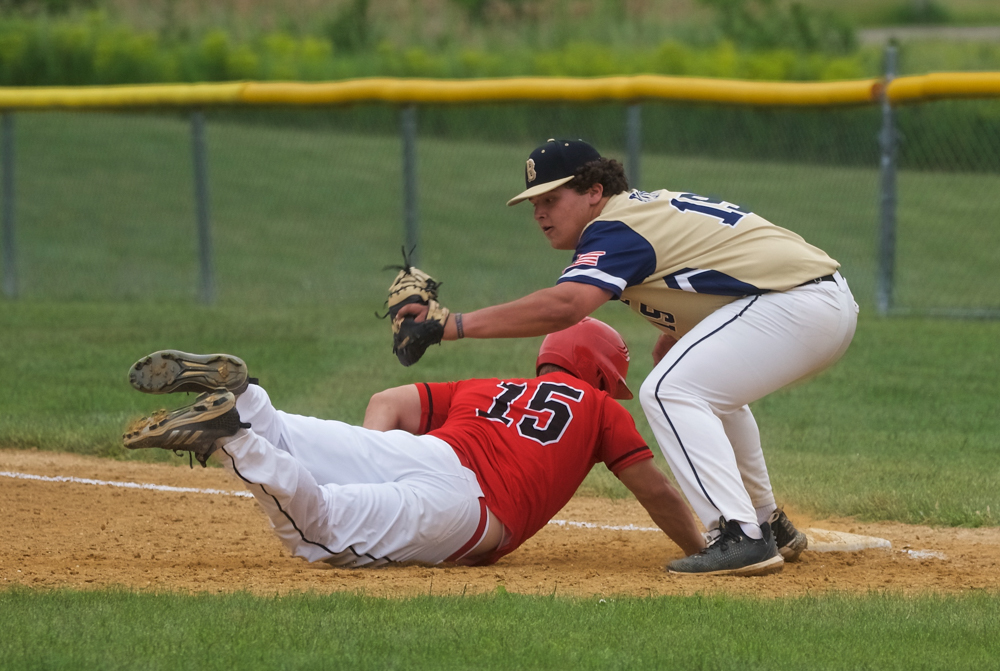 Tyler Haydt looks to put the tag on a Somers runner during a 14-7 Beacon win. (Photo by S. Pearlman)

JJ Mazzacone also pitched, and Tyler Haydt, Jackson Jackson and Dillon Kelly each had two hits. Mike Lepere went 4-for-5 with a double and four RBI for Beacon. The Bulldogs played a second game Wednesday night at Dutchess Stadium, falling to Ketcham, 8-1.

A day earlier, the Bulldogs were defeated by Ketcham, 8-3, on the road. Derrick Heaton went 3-for-4 with two RBI. 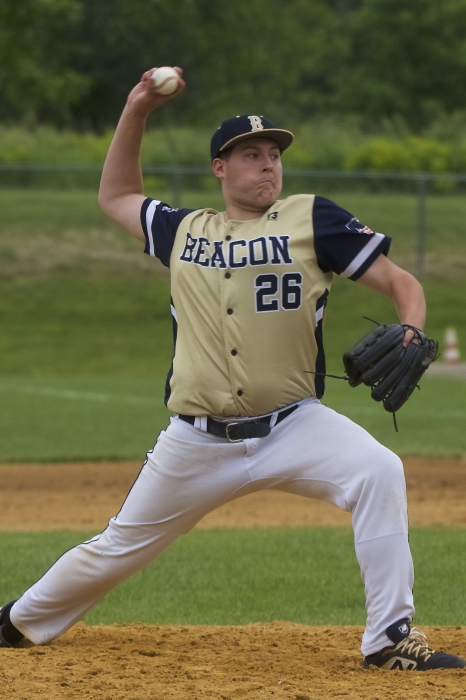 Haldane dropped an 11-0 decision Wednesday at Pawling, getting no-hit by the Tigers. The Blue Devils also fell, 16-0, to Briarcliff on Tuesday night at Dutchess Stadium. Jeremy Hall had a double and John Bradley and Trajan McCarthy singled.

“Our hitting has been better than the stats show,” said Coach Simon Dudar. “We’re putting the bat on the ball, but not finding holes. We’re still struggling with young pitchers trying to find their way on the mound but gaining valuable experience.” 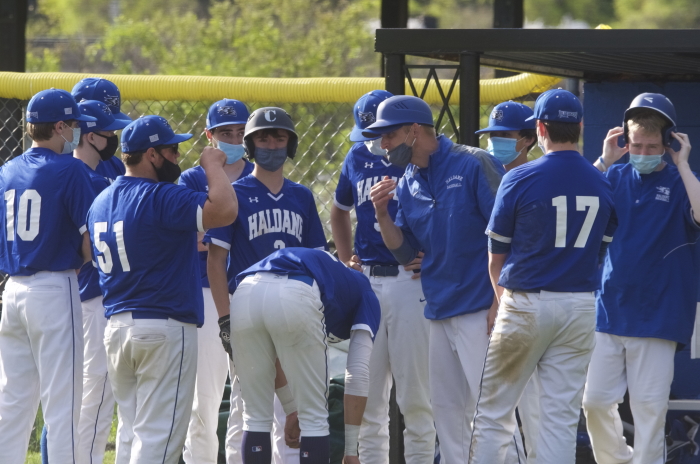 The Blue Devils are scheduled to face Tuckahoe on Saturday (June 5) in the Section 1, Class C tournament.

Beacon’s softball team finished its season on Wednesday (June 2) with a loss at home to Ketcham, 20-1. Leanna Rinaldi had the lone RBI for the Bulldogs. 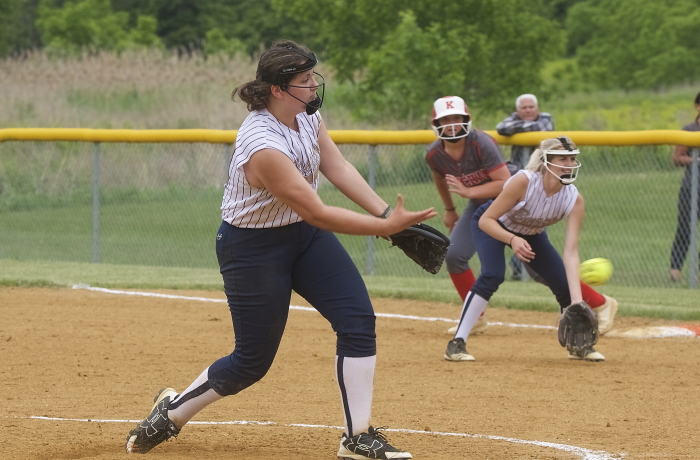 “We started off the first inning with good defense and a perfect bunt by Rinaldi to score Olivia Spiak,” Coach Michael Carofano said. “But after that, we lost our focus.”

The No. 12 Bulldogs face No. 5 Nanuet today (June 4) in the first round of the Section 1, Class A2 tournament.

The Beacon girls’ team dropped an 11-5 decision on Wednesday (June 2) to Clarkstown North at home. Anaya Camacho had a hat trick for the Bulldogs; Ashley Casserly had a goal and an assist; Casey Senior had a goal; and keeper Isabella Boswick had 10 saves.

“We transitioned well through the midfield,” said Coach Brian Lange. “We came out a little flat on attack; we need to apply a little more pressure, but our defense communicated well and made good decisions.”

The Haldane boys’ team lost its final game of the regular season on May 28, falling 14-5 to visiting Putnam Valley, to finish 7-8. The sectional tournament begins on Saturday (June 5).

Noula O’Reilly, a Garrison resident, is a member of the girls’ lacrosse team at Kennedy Catholic High School in Somers. The sophomore scored six goals on May 8 against Xaverian and five goals on May 10 against Ossining. 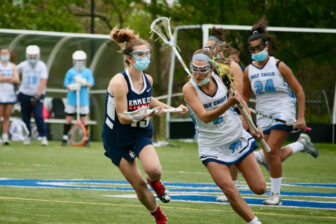 Noula O’Reilly (in blue) of Garrison is a leading scorer for the Kennedy Catholic girls’ lacrosse team. (Photo provided)

The Beacon boys’ team dropped a 6-1 decision to Arlington on Tuesday (June 1), with Brock Barna and Imroz Ali grabbing the lone win at fourth doubles.

The Beacon boys’ team won the league championship on Wednesday (June 2), while the girls’ team placed second behind Alicia Williams and Tamar Adams, who placed first and second in the high jump. 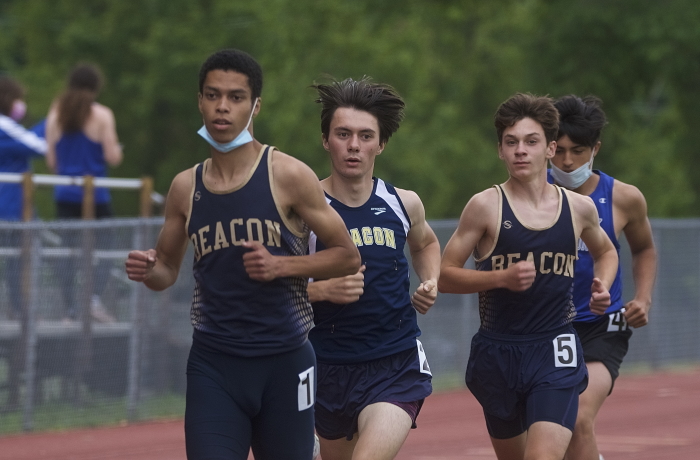 Zachary Cader (left) won the 400 and 800 and anchored the 4×800 relay at the league championships. Evan LaBelle (middle) was second in the 800, and Jack Cleary (right) placed fourth. (Photo by S. Pearlman)

For the boys, Mark Guzman won the long jump, triple jump, discus and javelin. Zach Cader won the 400- and 800-meter runs and anchored the 4×400 relay, while Cleveland Wright won the 2,000 steeplechase and led off the 4×800 relay team. Henry Reinke was second in the 400 in 51.62 seconds, a state freshman record. 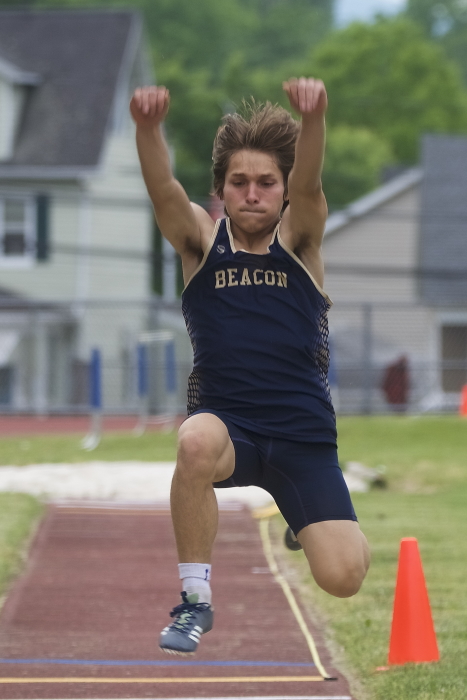 For the girls, Andriea Vasconcelos was second in the triple jump and the 4×400 team of Ella Ashburn, Chloe Rowe, Eloise Pearsall and Caroline Cates won the league title.