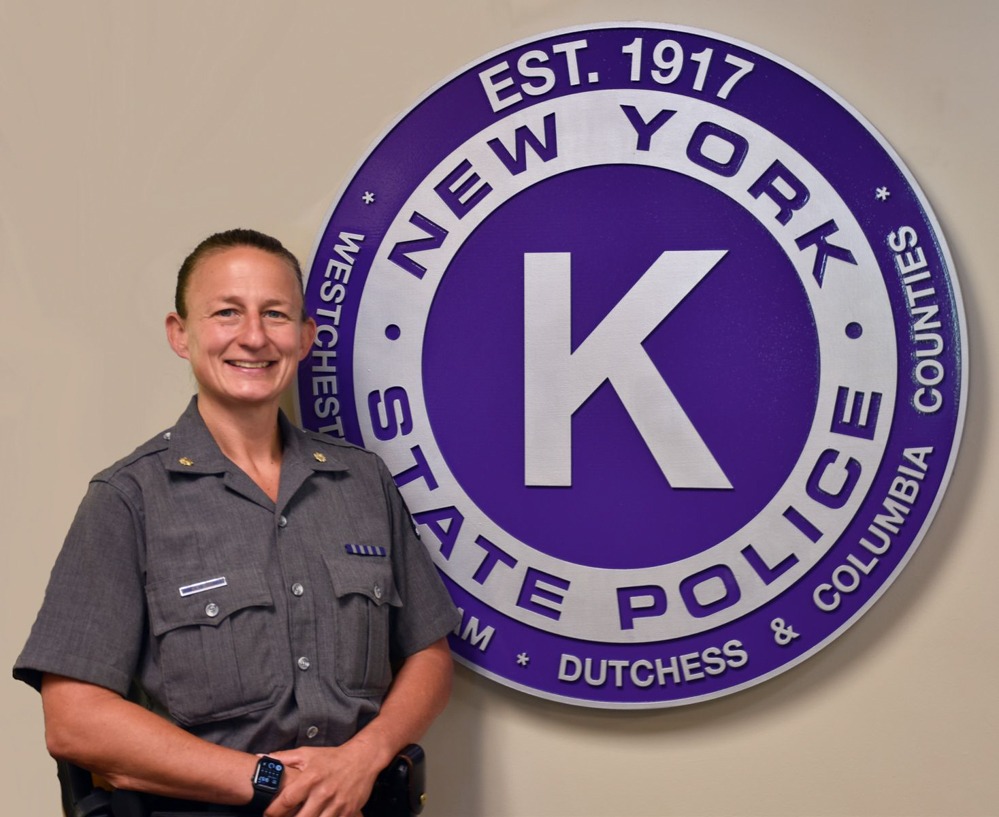 Will oversee troopers who patrol Highlands

The New York State Police have named Maj. Kathryne Rohde as commander of Troop K, whose officers patrol an area that includes the Highlands.

She succeeds Maj. Michael Drake, who transferred to the Professional Standards Bureau.

Rohde began her career as a state trooper in the western corridor of the Hudson Valley. She was promoted to sergeant in 2005 and in 2010 joined the governor’s protective detail. In 2012 she was promoted to lieutenant and assigned to the Professional Standards Bureau, and later commanded the unit that investigates internet crimes against children.

She transferred to Troop K and in 2017 was promoted to captain. A native of Long Island, she has lived in the Catskills for the past 25 years.