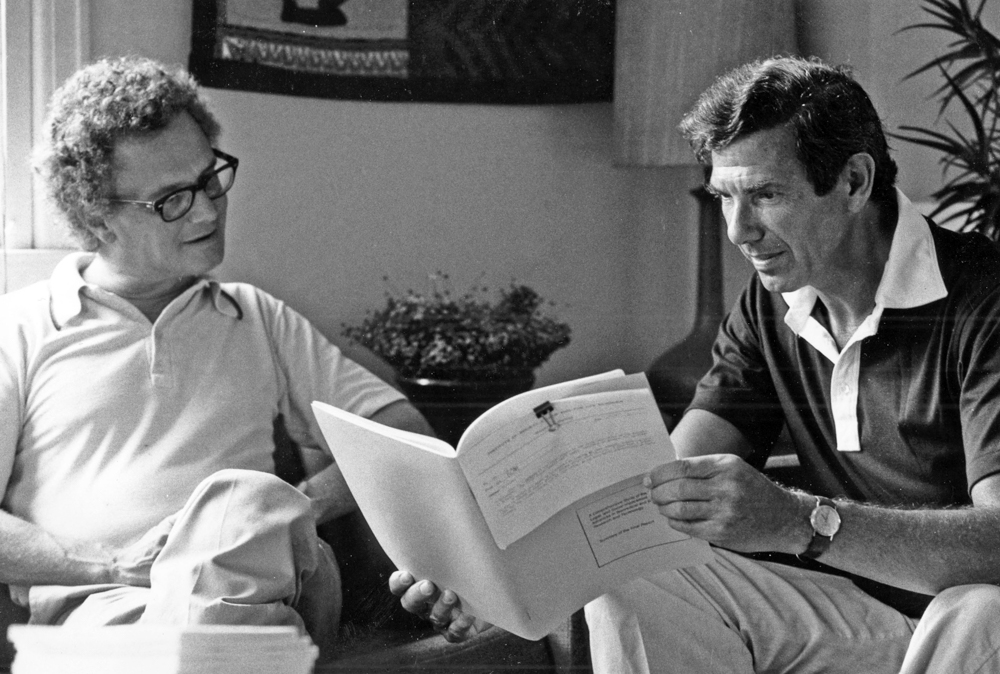 The ability to edit the genes of a single cell is no longer the fancy of a science fiction writer’s imagination.

The tool known as CRISPR, or Clustered Regularly Interspaced Short Palindromic Repeats, which won its creators the Nobel Prize in chemistry, is being used to change the single gene that causes sickle cell anemia, a debilitating medical condition that primarily affects Blacks. 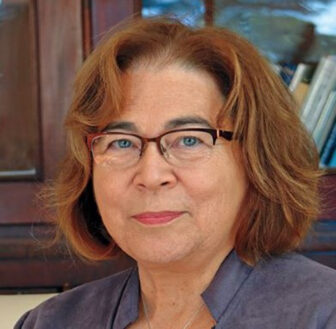 But CRISPR also has the ability to alter the genome of fetuses in “permanent ways,” noted Millie Solomon, the president of The Hastings Center, a national bioethics research institute based in Garrison.

“If that gets done on a big scale, then you’re changing the species,” she said.

Weighing the benefits and harms of health, scientific and technological advances has been the goal of Hastings since it was founded more than 50 years ago, when it was considered the world’s first bioethics research organization.

From the beginning Hastings has followed the same model — bringing together experts from multiple disciplines, and with different viewpoints, to seek  consensus on the ethical use of medical treatments and technologies. The organization has 20 scholars on its staff and more than 200 fellows around the world.

Researchers, educators and authors from fields as varied as science, English literature, medicine and philosophy, they all share a common interest in bioethics. Their debates have fostered guidelines, reports, journal articles and books aimed at medical professionals, policymakers, governments and the public. Hastings itself publishes two bimonthly journals, reports and issue briefs, posts updates to its blog at thehastingscenter.org and hosts public programs.

Half the organization’s $4.8 million in annual revenue for 2020 came from private donors and about 40 percent from grants awarded by foundations and government agencies like the National Institutes of Health.

During its first few years, ethical issues surrounding medical technologies that could extend life, such as ventilators and dialysis, and unproven treatments in psychiatry, “animated” Hastings, said Solomon. Today, technology is much more powerful and has the ability to affect not just individuals but species and natural environments, she said.

From the start of the COVID-19 pandemic, Hastings researchers have been prolific in creating guidelines and raising concerns about the ethics around testing, treatment and, most recently, vaccinations.

Humans are “infatuated and excited and exhilarated” in their pursuit of progress, which is good, said Solomon. But progress also “has an underbelly, which is sometimes we develop abilities that maybe aren’t in our best interest to execute.” 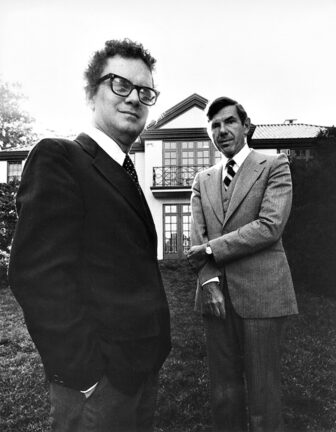 Callahan and Gaylin at the original Hastings Center (Photo provided)

The center was founded in 1969 as the Institute of Society, Ethics and the Life Sciences by philosopher Daniel Callahan, who died in 2019, and psychoanalyst Willard Gaylin, who is still on the board. It was renamed The Hastings Center after its original home in Hastings-on-Hudson. After relocating to the Pace University campus in Briarcliff Manor, the institute in 1997 moved into the former home in Garrison of the private Malcolm Gordon School.

The organization was born two years after the first heart transplant in the U.S. and two years before scientists began the clinical work that led to in vitro fertilization. Other issues that brought researchers together for debate were death and dying and behavior control. “I believed that what could come out of biology and medicine could be as important in the coming years as what came out of physics was in the years before,” Callahan later recalled.

One of the ethical questions the founders anticipated, said Solomon, was the extension of life with ventilators. The “poster case” came in 1975, when Karen Ann Quinlan, a 21-year-old woman in New Jersey, fell into a persistent vegetative state after consuming Valium with alcohol. Doctors, fearing homicide charges, refused her parents’ request to turn off the ventilator that kept Quinlan alive, leading a state court to rule it could be shut off. (Quinlan continued to breath on her own and, with a feeding tube, lived until 1985.)

Courts around the country found themselves dealing with similar “right to die” cases well into the 1980s, necessitating a need for guidelines, said Solomon. “It was an open question at that time: Was it murder to disconnect the ventilator?”

Solomon said she approached Callahan in 1986 about helping Hastings roll out ethical guidelines for families and doctors faced with life-extending treatment. A year later, Hastings published Guidelines on the Termination of Life-Sustaining Treatment and the Care of the Dying. Its guidelines are used by many hospitals and states and have been cited by the U.S. Supreme Court.

Solomon, who is also a professor at the Harvard Medical School, said she kept being invited back to be part of discussion groups at Hastings. She was named its president in 2012.

A selection of reports published by The Hastings Center since its first in 1998:

For other projects, Hastings researchers have debated topics as varied as the genetic testing of babies for potential diseases, the growth in the use of psychotropic medicines for children with behavioral and emotional problems, and the use of biotechnology in agriculture and the environment.

Its current projects focus on issues such as the “human-animal chimeras” created when human cells are inserted into animals, the use of genetics to predict behavior and characteristics of artificial intelligence. 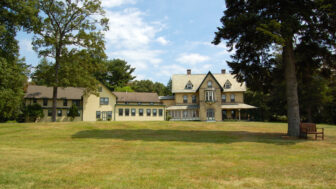 The home that houses The Hastings Center was built in 1854 on a private estate known as Woodlawn and later became a boarding school.

Hastings and its scholars and researchers have also been prominent during the pandemic. In the early months, they proposed ethical guidelines for hospitals that were facing shortages of ventilators and other supplies, debated privacy concerns around contact tracing and warned about social inequities in health care exposed by the pandemic.

More recently, they have deliberated issues involving COVID-19 vaccinations, ranging from access problems for lower-income patients to a shortage of vaccines in poorer countries and the question of whether businesses and governments should mandate inoculations.

Any position on a topic necessarily emphasizes “one value over another,” noted Solomon. She cited as an example vaccine mandates, a debate pitting collective health against individual rights. Both are “good values,” she said. “It’s hard to figure out how to balance them. Sometimes you can’t.”

Resolving these ethical problems together is becoming more difficult because of polarization, often along political lines. Partisan fights have accompanied mask-wearing and now vaccines, spreading from the administration of then-President Donald Trump and the chambers of Congress to cable television, the pages of Facebook and the feeds of Twitter.

In March, Hastings departed from its traditional focus on medicine, science and technology to issue a report decrying the coarsening of public debate and what it considers to be the country’s weakened ability to make decisions based on what’s good for everyone.