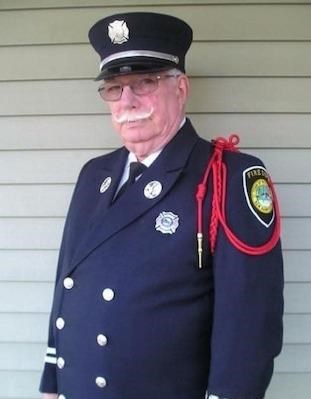 Born May 21, 1942, in Brooklyn, Fred was the son of Gabriel and Minnie (Hecht) Okrent. He graduated from Stuyvesant High School and New York City Community College with a degree in electrical technology. He worked for IBM from 1963 until his retirement in 1992 and also served in the U.S. Army and the National Guard.

Fred loved airplanes and flying. He obtained his private pilot’s license and was a volunteer at the New Hampshire Aviation Museum and was working on a project at the Manchester School of Technology helping high school students build an airplane. He also volunteered as a court-appointed special advocate for children in the New Hampshire Family Court System. He enjoyed cooking and woodworking.

He is survived by his wife, Laura, whom he married in 2001, his children Debbie DiRubbio (Dean) of Beacon, Stacey Sorbello (Albert) of Newburgh and Christopher Okrent (Paula) of Kerhonkson; his grandchildren Sadie and Danielle DiRubbio, Reagan and Ainsley Sorbello, and Michael and Carter Okrent; his former wife Dee Kennedy; his sister, Randy Kraft, and brother, Arthur Okrent; his stepchildren, Tim Ahearn (Kristen) and Trisha Girard (Brian), and his step-grandchildren, Taylor, Aaron, Lucas, Hannah and Marc.

Firematic and memorial services were held on June 5 at Riverview Funeral Home by Halvey in Beacon. Memorial donations may be made to the Aviation Museum of New Hampshire (nhahs.org) or the FASNY Firemen’s Home in Hudson (firemenshome.com).