Mike Leonard has resigned, effective today (June 11), from the Philipstown Town Board, saying he plans to move to Germantown for family reasons. 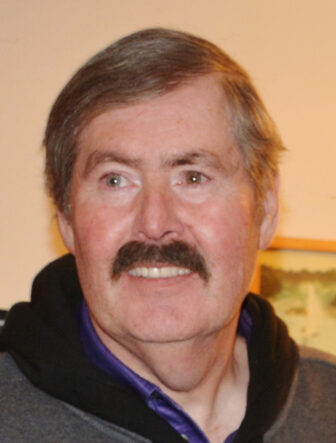 Leonard, in his second, 4-year term, earlier this year said he would not seek re-election in November. Before joining the Town Board in 2013, he chaired the Planning Board.

Supervisor Richard Shea said on Tuesday (June 8) that the Town Board’s remaining four members were “still processing the news” of the vacancy but “will need to fill the seat and will be deliberating on the matter in the week ahead.”

Shea and the other board members are all Democrats. Two Democrats, Jason Angell and Megan Cotter, and two Republicans, Sarina Tamagna and Neal Tomann, are competing for two open seats: Leonard’s and one held by John Van Tassel, who is running unopposed to succeed Shea as supervisor.

Shea lauded Leonard for being “as solid a Town Board member as any town could ever ask for, thoughtful, independent, smart and hard-working,” a colleague who represented Philipstown “with quiet dignity and a sense of purpose that set him apart in the current American political climate. Mike is a class act from a not-so-distant past.”

Leonard expressed appreciation on Facebook on Sunday to those who helped him in his work for the town: “You learn as I have that it’s really about a combined effort and that you would be totally ineffective if not for help and understanding from others that, hopefully, helps you to make the best decisions possible.”

3 thoughts on “Leonard Resigns from Town Board”