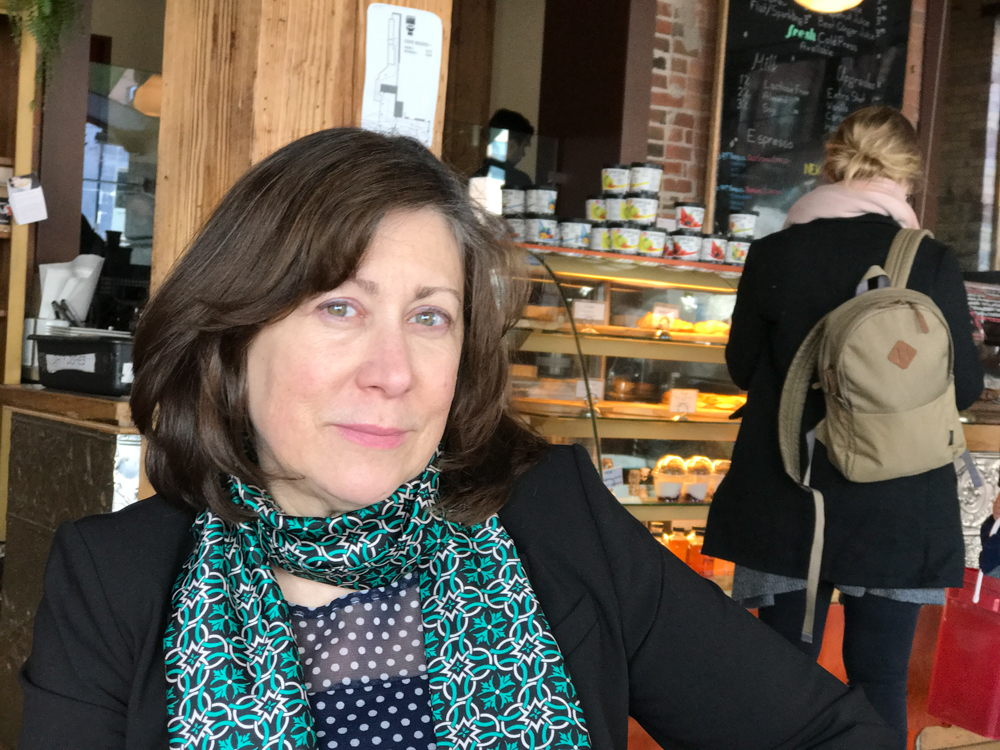 Jan Anderson, of Garrison, is the president of Premium Quality Consulting, which serves the coffee industry.

What led you to coffee?

I graduated from Columbia University with a master’s degree in rare books but realized how little money you could make in rare books. My brother gave my husband and me an espresso machine. We got engaged in this illy product [by an Italian coffee company] and met the North American importer, who was just doing a bit of business in California and Washington D.C. We said, “New York is the market you should want.” And it was. That was in the mid-1980s.

As a coffee consultant, whom do you work with?

We work with “green” coffee sourcing companies, with cafes and roasters, multinationals and neighborhood cafes. In November we got a call from a family starting a coffee company in Washington, D.C. They’re African American and their goal is to create a coffee experience that’s not exclusively for Black people but an experience that they would be at home with. Two months later, the phone rang again and it was a young couple in California who had purchased a cafe. They’re also African American. This new group — I don’t know how many there are, but I hope there’s a lot more because coffee needs this [expanding of  its audience] and consumers are ready.

How has the coffee scene changed?

In the U.S. in the 1980s, coffee was still commercial coffee, diner coffee, nothing special. Suddenly the Italian companies started bringing in espresso based on what they saw happening in California with wine and nouvelle cuisine. Now there is a very compelling American coffee experience, which is sometimes called the Third Wave — moving away from blends to single origins, telling the story of that origin and sometimes of the farmers. I would identify that as Joe Coffee and Partners Coffee in New York City, and Intelligentsia Coffee. There are so many brands now that are able to charge $16 to $20 for 12 ounces of beans to a sophisticated group of consumers, mostly younger. And now, the Third Wave is all over Europe.

Where are the best beans grown?

Everybody recognizes that East African coffees are exceptional. That’s where the first coffee plants were found. They have a little bit of a floral characteristic, so they’re so pleasant to smell and taste; they’re a little lighter than coffees from other areas. Sometimes there’s almost a jasmine smell. If you go to Central America, like Guatemala, the coffees will be a little more caramel and chocolaty and nutty. Brazil is the largest producer of Arabica coffees, which is the preferred bean at this point. Their coffees are also chocolaty and nutty. Brazilian coffees make a great base for a blend.

If you’re on the road and gas stations are the only coffee option, do you stop? If I’m traveling with my partner, we know every cafe within 25 miles; we’ve made a list and a plan. There are no surprises.