If the phrase jacquard tapestry conjures visions of unicorns and fair maidens, the artwork of Noel Anderson will soon erase that connection from your mind.

To begin with, his looms are digital. Each work starts with a found image that he manipulates with software, distorting, mirroring and inverting until it becomes unrecognizable. Next, he reproduces it as a tapestry using a digital jacquard loom. Finally, the fabric takes on a material life, but even then Anderson may alter it, removing threads or staining, bleaching and dying it. 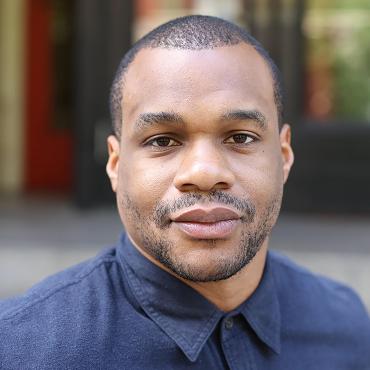 In his newer works, several of which are part of a show at The Ice House gallery in Garrison that continues through June 26 called Reflec/x/tion of a Blak Cat Bone, Anderson adheres objects such as bottle caps and animal parts (including a bull scrotum and a taxidermy chick), according a value to what had been discarded.

Anderson, who teaches printmaking at New York University, holds a master of fine arts in sculpture from Yale and another in printmaking from Indiana University. He recalls falling in love with tapestry at the Metropolitan Museum of Art.

“I found myself in the tapestry wing because nobody was there, and I felt like weaving represented the margin, that nobody wanted to go to — which represented me,” he explains in a video that accompanies the show. 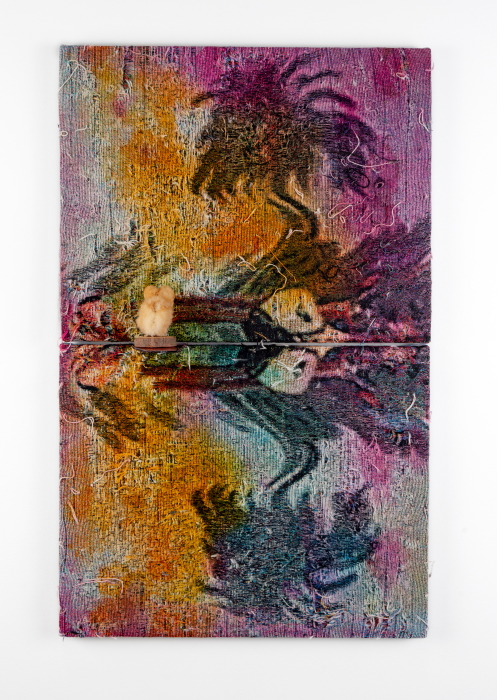 This is Anderson’s second show at The Ice House. In African American folklore, a “black cat bone” is an object that “possesses the spiritual powers to conjure, protect and make invisible. Participants locate the sacred object by passing the bones from a black cat through one’s mouth while looking into a mirror. When you get to the right bone, the mirror will become dark — that is the black cat bone, and by putting it into your mouth you can make yourself invisible.” 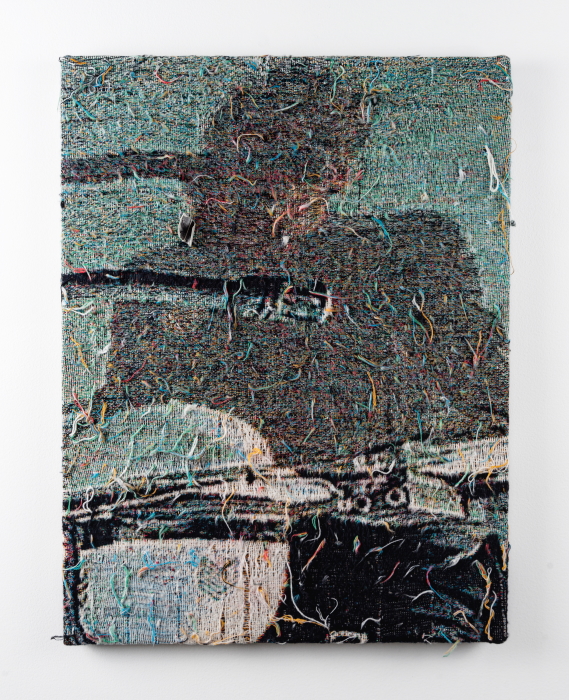 Yet Anderson says he wants the opposite to happen when people see his art. “In this show, you’ll see things like mirrors embedded within the tapestry. From a distance, you can’t see but when you get closer you can see yourself. That’s the point — I’m trying to get people to see themselves in the work.”

Jayne Drost Johnson, who runs The Ice House, notes that many works Anderson was making previously involved “transforming the textiles through taking them apart, loosening the weave, making them more abstract. This time he’s pushing that abstraction to the forefront with bleaches, dyes, colors, taking the threads apart to such a degree that the source material is barely legible. 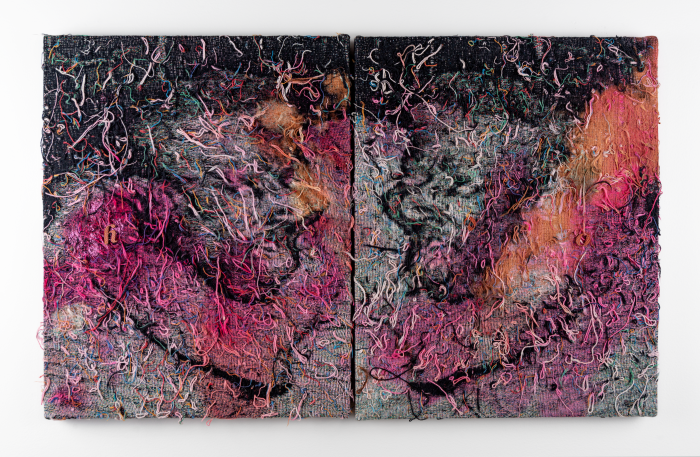 “He’s inventing his own form,” she says. “For instance, he took vintage copies of Ebony and made a solution that would dissolve the ink on the page, taking a found object, transforming it, through the dissolution/erasure of the image itself. In a way, that’s what he’s doing with the textile. Noel’s approach to art-making has always been about experimentation; he did performance early on, he’s a maverick as an artist, always experimenting. He has incredibly complex ways of thinking.

“His source images are of Black men in American society, archetypical of the ways we think of Black men in our society: arrested, basketball players, expectations of the way a person should be. They become abstractions of the individual, mirroring the images in the work itself. He starts with something legible, then pushes it into abstraction, so that the men become an abstraction of who they are.”