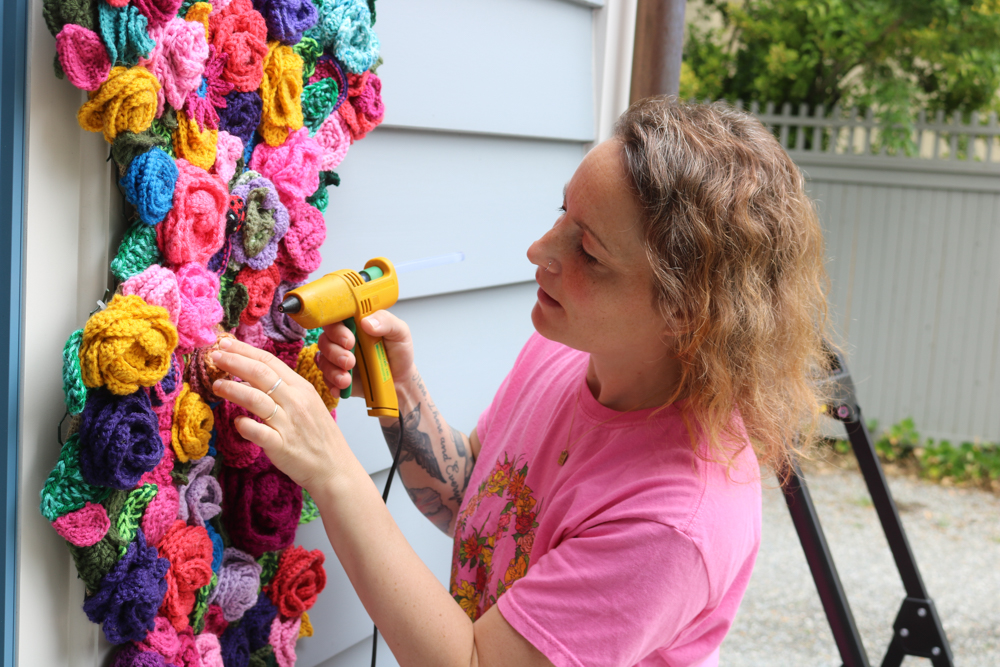 Naomi Lawrence applies finishing touches on June 11 to a yarn sculpture outside The Endless Skein in Cold Spring. (Photos by M. Turton)

Few shopkeepers would bomb their own business — at least not in broad daylight — but Sue Costigan did. On Friday (June 11), the owner of The Endless Skein in Cold Spring “bombed” her Main Street store with yarn to mark International Yarn Bombing Day, an annual homage to knitting that began in 2011.

Costigan said she first learned about the day in 2019 from Naomi Lawrence, a New York City fiber artist whom she met when Lawrence came into her shop. The two immediately began scheming to bomb The Endless Skein, but COVID-19 tangled their plan.

On Friday, Costigan unveiled a 12-foot-high, multicolored, climbing rose bush consisting of 300 knitted flowers and 200 knitted leaves. The sculpture also contains a lady bug, a bumble bee and a butterfly; more critters may be added over the summer.

Lawrence, who was there on Friday to help, said she did her first yarn bomb in 2012, in the dead of night. “It was around a lamppost, in Cambridge, England,” she said. She works primarily with acrylic yarn, creating 7-foot flowers, and made some of the larger flowers in the Cold Spring piece. Customers and staff knitted most of the component parts. 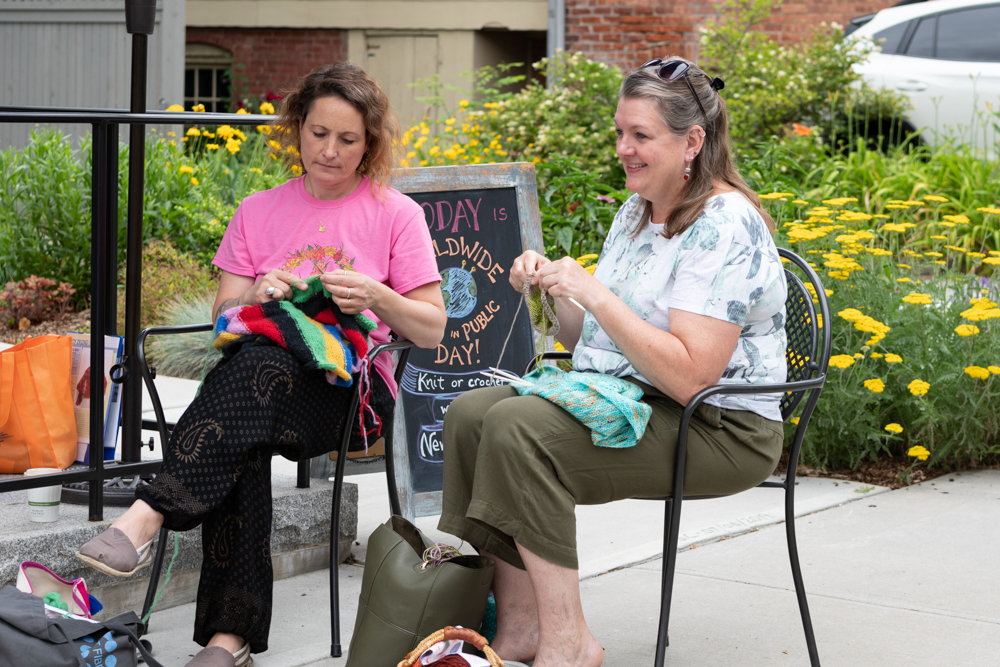 “This is fiber art, but public art, as well,” Lawrence explained. “We want people to be able to see it from across the street and come across to explore, touch and ask questions.”

Costigan said she would like to keep the sculpture hanging through the fall before moving it inside for the winter. “We’ll see how it weathers,” she said.

Her shop is back in full swing after closing its doors at the start of the pandemic shutdown. “A loyal base called in and we shipped them things or they picked up at curbside,” Costigan said. “It paid the bills for those two months.”

“We taught a ton of learn-to-knit and crochet classes” during the shutdown, she said. “Everything was one-on-one, with masks.”

The revelry carried into Saturday, with customers and staff sitting outside, happily knitting, to mark Worldwide Knit in Public Day.