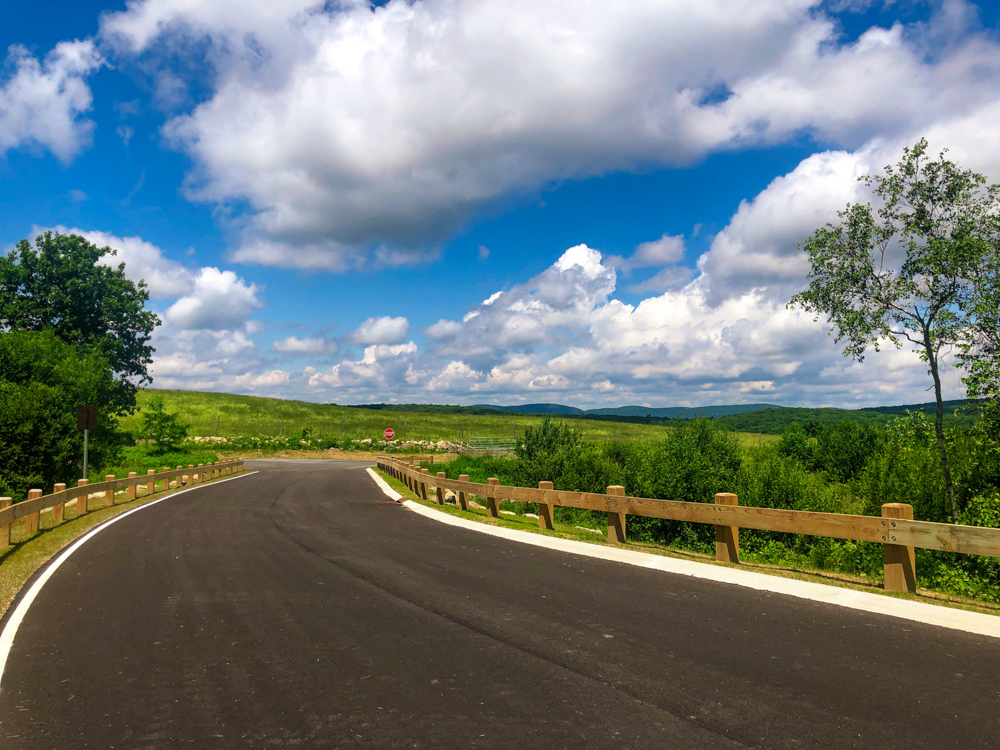 The view from the new parking lot at the Big Woods trailhead (Photo by B. Cronin)

In February 2020, the Open Space Institute announced an ambitious plan to add two parking lots, new trailheads and a new entrance to Fahnestock State Park in Philipstown with an estimated completion date of spring 2021.

At the time, no one had any idea that in a few short weeks the state, and the world, would be undergoing an extended lockdown because of COVID-19.

Nevertheless, the nonprofit, working with the state Department of Parks, Recreation and Historic Preservation, cut the ribbon on June 15 at the Big Woods Trailhead and a 25-car parking lot. Nearby, an Appalachian Trail lot with 15 spaces also opened near Lake Canopus. 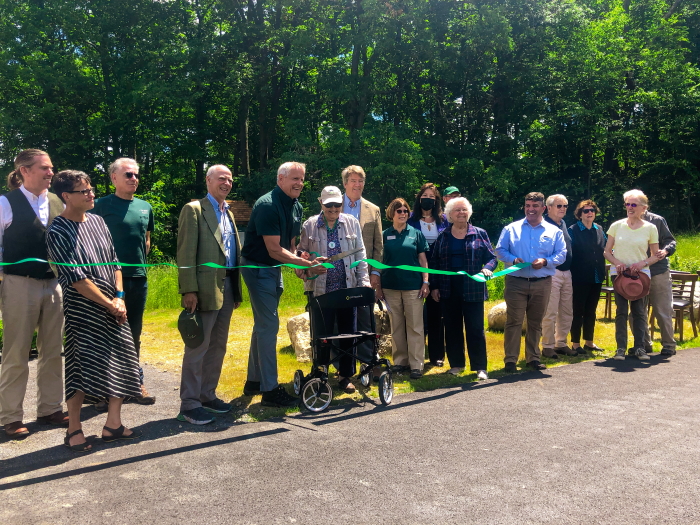 State and OSI officials cut the ribbon at the trailhead on June 17.

The $5 million project was privately funded with grants from the Topfield Foundation and conservationist Anne Cabot. “The fact that our parks are now viewed as appropriate beneficiaries of philanthropic giving is quite extraordinary, and not to be taken for granted,” said Erik Kulleseid, the state parks commissioner, who grew up in Philipstown.

Over the past 25 years, OSI has doubled the size of Clarence Fahnestock Memorial State Park by purchasing and donating 7,000 acres over 16 transactions. The park is now more than 14,000 acres. 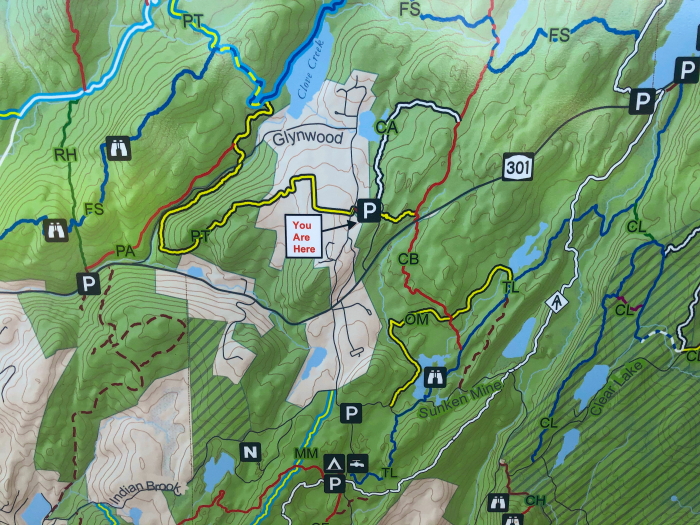 The Big Woods trailhead is located off Route 301.

The new lots improve access to the less-traveled trails in its northern section and eliminate the need to park along the narrow shoulder of Route 301. Both can be accessed from 301 and are marked with ample signage. The Big Woods lot sits near the Glynwood Center for Regional Food and Farming, at the intersection of the white Cabot Trail and the yellow Perkins Trail.

“Fahnestock is a difficult park to access if you’re not familiar with it,” said Kulleseid. “These trailheads get people off the road and to a safe place where they can get out of their car.”

Who Was Clarence Fahnestock?

Fahnestock was a physician on the staff of the Presbyterian Hospital and New York Eye and Ear Infirmary in New York City who, in May 1917, volunteered to treat soldiers in France during World War I. He died of pneumonia at a field hospital near the front in October 1918 at age 44.

The son of a prominent banker, Dr. Fahnestock made many trips to Africa and Alaska to hunt big game. He lived on Madison Avenue but, during the years before the war, purchased large tracts in Putnam County, including a country estate, Clear Lake, near Cold Spring. In 1929, Dr. Ernest Fahnestock donated about 2,400 acres once owned by his brother to create a state park named for him.

The park road also has several culverts that pass beneath it to provide crossings for amphibians between the wetlands that the route curves to avoid.

The park road also has several culverts that pass beneath it to provide crossings for amphibians between the wetlands that the route curves to avoid.

Evan Thompson, the manager for Hudson Highlands State Park, including Fahnestock, credited contractor Rob Alfredo of Brewster for being one of the reasons the project was completed on time. “He found problems that we wouldn’t have even noticed and he fixed them,” he said.

3 thoughts on “New Trailheads and Parking Lots at Fahnestock”