Years ago, when Travis Biro, who lives in Cold Spring, imagined the New York where he would be relocating from Florida as a culinary apprentice, he pictured taxicabs and skyscrapers.

When he instead arrived in New Paltz for three years of training at the Mohonk Mountain House, “it was pickup trucks and woods,” he recalls, with a smile.

His parents both worked in the restaurant industry, and Biro figured he’d do the same. Yet, since completing the Mohonk program, he has barely spent any time in a restaurant kitchen. 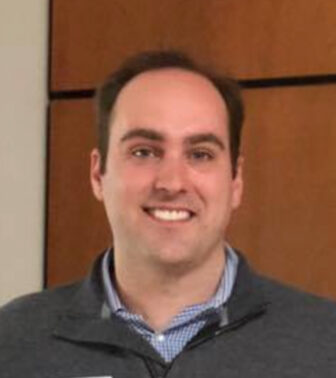 “I loved cooking as a hobby, but was more drawn to the business side, and the community that goes along with it,” he says. “It’s a tough lifestyle: the hours are grueling. I needed a more stable income and a way to contribute to my family while my wife finished her education.” (He met his wife, Sasha, at Mohonk, where she was working while pursuing a doctorate in philosophy.)

On top of everything else, there was a recession at the time, although Biro says he hardly noticed. “I was working up on the mountain with no car,” he says. “I was out of the loop. It put my parents’ restaurant out of business in Melbourne.”

Biro took off his toque and shifted gears, becoming a car salesman.

“There are some interesting misconceptions that persevere, stemming from a lack of transparency years ago,” he says of the industry. “It’s a stigma that gets in most customers’ way. Even when you see a good deal, you’re suspicious. I always said to customers: ‘If you love this car, let’s go online and find the absolute cheapest way, and let’s get you into this car. Maybe you could scour the earth and save eight bucks a month, but if it’s right in front of you and you love it, let’s figure it out.’ ”

By 2016, Biro was ready for another change. “My wife was teaching at Marist so I was eligible for free tuition.” Rather than sell cars full-time and “take 10 years to get a bachelor’s degree,” he decided to work four nights a week as a server at the Red Line Diner in Fishkill — “I recommend the corned beef hash and fried eggs” — and attend Marist full-time.

At Marist, Biro pursued a business degree with a focus on entrepreneurship. “In the 1960s, my dad raised tropical fish for fish tanks,” he says. “His most recent project is manufacturing fish food based on his fish farm recipes. It’s one of the oldest fish farms in the country, with a big field of concrete bathtubs.

“When I wonder why I’ve I bounced around so much, I realize my parents set a good example,” Biro says. “About 15 years ago, they spiraled off their farm recipe, which is like a special sauce for fish, to sell to people to feed their fish at home. It’s been a lot of things like that!”

During his time at Marist, Biro studied abroad for a semester in Florence. “I was the only undergraduate at Lorenzo di Medici with a 3-year-old,” he recalls. “The challenge was that Maggie spoke no Italian, so things like her saying, ‘I have to go potty’ had to be worked out.”

“Marist was the missing piece that put the portfolio together,” he says. “I knew I wanted to work at IBM. My wife loves teaching at Marist, we love the Hudson Valley, I’ve gotten involved in the town by doing things like becoming the director of youth sports at the Rec. I work as an election coordinator. We wanted to be here.”

At IBM, he works to modernize the mainframe, “connect it to other technologies outside the system. I’m a product manager, which means I’m a bit of an entrepreneur who works with customers.”

He joined IBM in January 2020, spent two months in Texas being trained, flew back during the second week in March, went to the Poughkeepsie office to get his key and then immediately went remote amid the pandemic. During an early Zoom meeting, he predicted everyone would be back at work by June 15. “I was right, but off by a year,” he says.

Biro hasn’t been able to resist taking on a side gig.

“I’m the captain of our IBM chess team, which plays in an IBM corporate chess tournament,” he says. “IBM has a chess legacy from the 1980s when Deep Blue beat [world champion Garry] Kasparov. I told the team I would handle the paperwork while they won the games, because if you’re not the best cook, get out of the kitchen.”