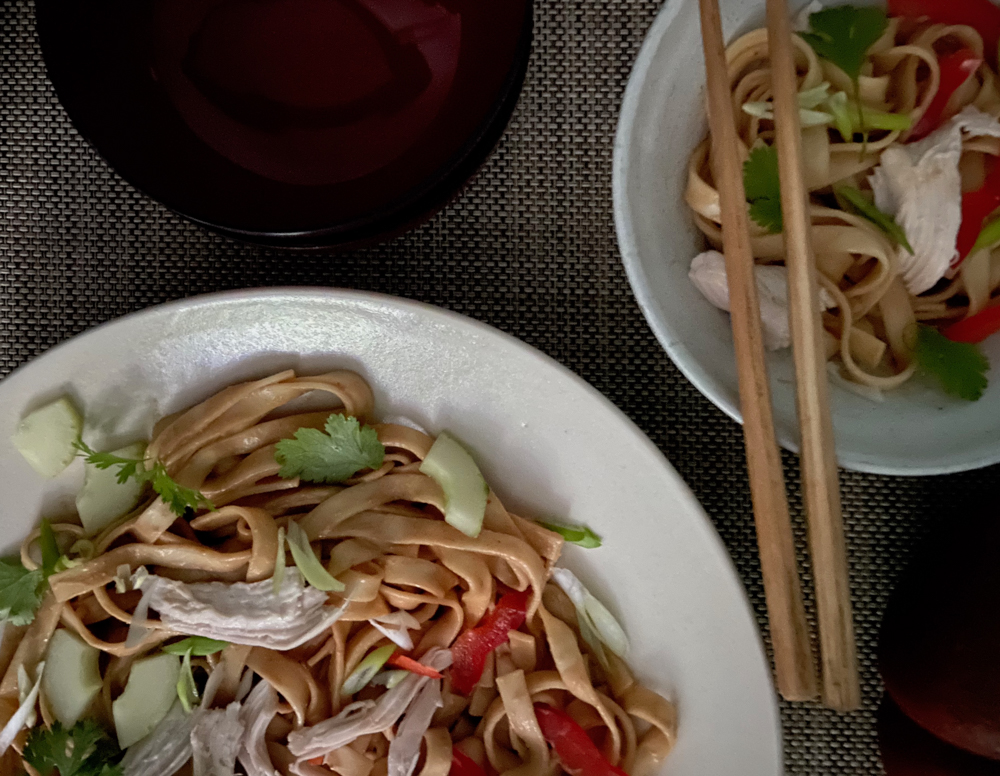 In just the past week, two people have said to me, “Don’t go crazy.”

The circumstances were different, but in both cases I was performing a task for that person, and what they meant was: Don’t go all-out on their behalf. Don’t pull out the stops. Take it easy.

In other words, they meant well. Yet in both cases, I chafed slightly at the entreaty — Me? Crazy? — and wondered how far they wanted me to take their thoughtful suggestion.

(An aside: Much as I love food and cooking, I care even more about language. And I am aware of the movement to do away with the word crazy, at least to refer to the moments when a person’s cognitive capacity is scrambled or diminished, as this stigmatizes mental illness. Yet this is not the word’s original meaning. And in the five centuries since crazy appeared in the language, it has acquired such a rich breadth of definitions and connotations, including “wild with joy,” that I wish it could now be used for everything but mental illness.)

One of the people who admonished me not to push myself was my mother. She was coming for a visit, and whenever she does, she likes to be offered a few things: A glass of prosecco, some nice nibbles to go with it, the company of her grandchildren, a few piano pieces performed by Henry, a fire in the fireplace if it’s cold outside, and some flowers or evergreen branches from our garden to take home with her. It’s not much. Indeed, it’s a trifle compared to the help and support she gave us when the kids were little. But it’s not nothing.

Because she’s my mother and has already made her mind up about me, I never plan an elaborate menu for her; I don’t, in other words, go crazy. But I also don’t just rip open a bag of chips and toss them down in front of her. I put the chips in a bowl first. This keeps her busy while I finish making whatever special dish I’ve dreamed up for the occasion. Because for me, my mother’s visits, frequent as they are, give me a chance to prepare recipes that are a bit out of the ordinary. Doing so makes me happy.

Life eventually teaches those of us lucky enough to live one that making a finished product appear effortless, elegant and breezy generally takes a lot more work than making it look challenging. A corollary to this maxim is that, once we’ve honed certain skills, it’s deeply satisfying to put them to use. In other words, pulling out the stops often feels better than doing a slapdash job. Going crazy can mean tapping into our best selves.

That said, summer has officially arrived, bringing with it enough sunshine and humidity to ramp up the crazy on even our breeziest endeavors. To that end, I believe everyone deserves to have a stash of keep-your-cool dishes and recipes on hand at all times. Last Saturday, those consisted of 2 quarts of beet soup in the freezer (see my recipe here) and a jar of coconut-peanut satay sauce in the fridge.

This sauce, once a familiar stalwart of catered hors d’oeuvre trays, is wonderfully subtle when made fresh, as well as being super versatile. It dresses up grilled chicken, shrimp or tofu, and turns boiled noodles into supper on days when that’s the best you can muster. It also marries nicely all kinds of odds and ends from the garden: peas, spinach, hot and sweet peppers, bean sprouts, cucumber, bok choy, cabbage and cilantro, to name a few. If you live in Holland, it apparently also belongs on french fries, but clearly that’s just weird. Not that anyone around here is in a position to judge.

Note: I developed this recipe after stashing a batch of homemade coconut-peanut satay sauce in the fridge and expecting it to keep all season, only to discover that it developed mold after a couple of weeks. I now make up large quantities of the non-perishable peanut sauce portion (delicious by itself) and add some or all of the perishable coconut-mixture ingredients just before serving. Coconut milk goes bad quite quickly once the can is opened, but you can freeze any unused portion in a resealable plastic bag.

Combine peanut butter, tahini, sesame oil, tamari, sambal, sugar and vinegar in a blender and whirr until smooth. Store refrigerated in a covered jar up to three weeks. Or, if serving immediately, add the ingredients for the coconut mixture, below, to blender and whirr together until completely smooth. Toss with chilled noodles, meat, vegetables and/or herbs and serve immediately (noodles will turn gluey if allowed to sit in sauce for a long time).

Combine all ingredients in a blender and whirr until smooth. Store any unused portion in a resealable freezer bag in the freezer for up to six months.