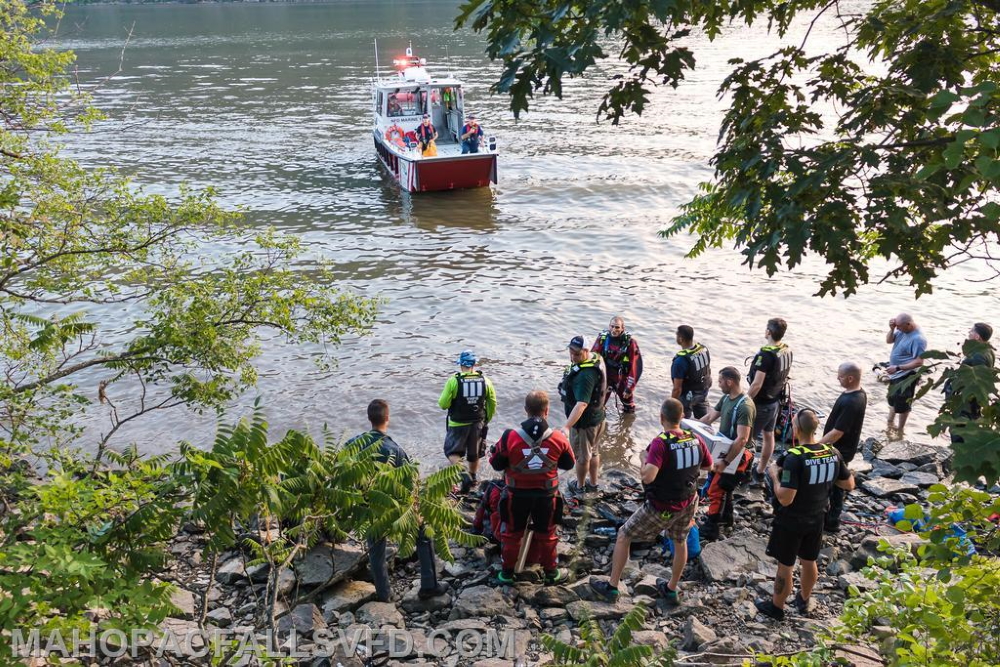 Members of the Mahopac Falls Fire Department dive team assist in a search on June 29 for a missing swimmer near Little Stony Point. (MFFD photo)

First responders began searching on Tuesday evening (June 29) for a female swimmer at Little Stony Point who was reported missing, and the Cold Spring Fire Co. called in dive teams from Mahopac Falls and Yorktown Heights to assist.

The Mahopac Falls Fire Department said on its website that divers swam in patterns in the area where witnesses last saw the swimmer but the search was called off because of darkness and the investigation turned over to the New York State Park Police.

A representative of the New York State Police said on Thursday morning (July 1) said the swimmer was still missing and that her identity would be released when she was found.

In a press release issued on Wednesday afternoon, John O’Connor, director of the Putnam County Office of Emergency Management, said the county had received a 911 call on Tuesday about “a female party in the water, in distress, just north of the Cold Spring gazebo” and listed the 17 agencies who had responded.