Can the right clothes make you run faster?

Tracksmith, which has a devoted following, makes everything from merino wool tops and fleeces for training in the winter to running shorts that double as swimsuits. The brand is known for functional, understated pieces that allow you to grab a coffee with a friend after a run without feeling half-naked or like a neon clown.

“If you’re able to go on a longer-distance race, over the course of two, three or four hours, and don’t have to worry about little things like chafing or your shirt sticking to you, it helps you mentally relax and focus,” Serafini says. 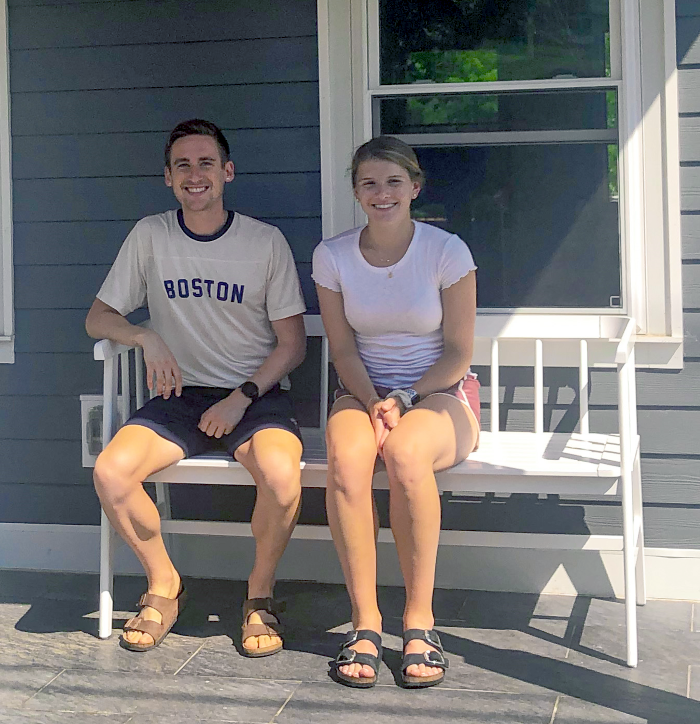 Tracksmith’s Jeff Seelaus and Megan Muzilla at 2 Tioronda Ave., where the running apparel company is hosting a pop-up shop and clubhouse this month. (Photo by B. Cronin)

The firm has one retail store, in Boston, but has held weeklong events before major marathons around the world. It discovered Beacon three years ago while doing a promotional photo shoot on Mount Beacon for those running/swimming shorts.

Tracksmith hopes the pop-up shop will also serve as a hangout for runners. “Grab a coffee, drop a bag here, go for a run,” says Jeff Seelaus who, with Megan Muzilla, relocated from Boston for the month to live above the store.

The company will host daily runs ranging from fast workouts on Friday nights at the Beacon High School track to “Church of the Long Run” loops around the city on Saturdays and adventure runs on Sundays.

“Our programming is a good balance of structured marathon-style, long runs through town where you can get a good pace and a good workout going, and then fun adventure runs into the woods,” says Seelaus.

In addition to making clothes, Tracksmith publishes a magazine about running called Meter and produces podcasts that address topics such as racism in professional running and the challenge for nonbinary runners who have to choose whether to compete as males or females. It also sponsors the bilingual New York hip-hop group Circa ‘95, whose members are marathon runners. “We’re trying to elevate voices in the sport that usually aren’t elevated,” says Serafini. 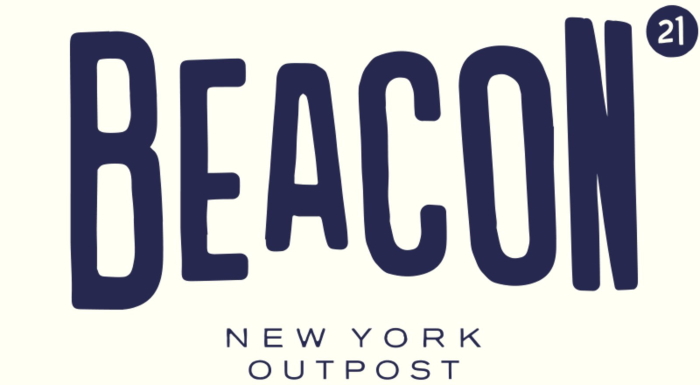 Serafini just returned to Boston from Oregon, where the U.S. Olympic track and field trials were taking place. About 30 of the athletes are part of Tracksmith’s Amateur Support Program, which provides them with free gear, coaching and mentors, and a few qualified for the Tokyo Games.

Serafini says he realized there was a need for the program when he was participating in the 2016 Olympic marathon trials as an unsupported runner and found many of his competitors were in the same boat.

Seelaus said the company is trying to reach not just elite runners but anyone who uses the sport to push his or her limits, whether running their first 5K or their first 50K trail race (as Seelaus did last weekend in Vermont).

“I’ve run up there to the fire tower,” he said from the backyard of the Tracksmith shop this week while pointing up Mount Beacon. “I’m excited for a lot more of that.”

The Tracksmith Beacon Outpost is open daily from 11 a.m. to 6 p.m. Runs are scheduled for 7 a.m. Monday and Wednesday, 8 a.m. Saturday and Sunday and 5 p.m. Tuesday and Friday. Reservations are required at journal.tracksmith.com/beacon-outpost.