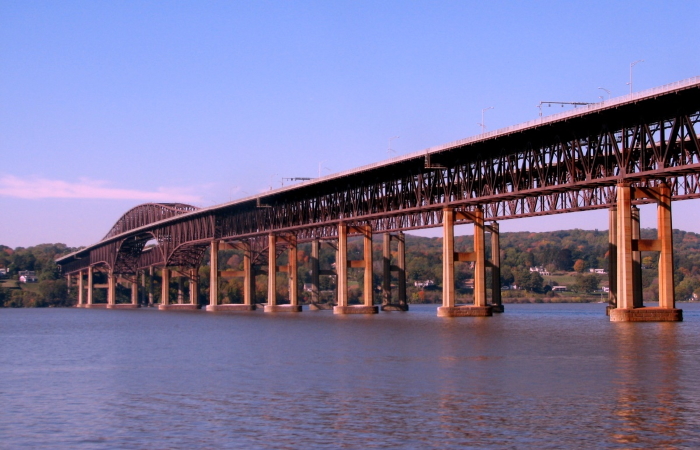 State to bill E-ZPass or registered owners by mail

The Newburgh-Beacon Bridge will convert to cashless tolling as of midnight on Wednesday (July 7) and its current booths will be demolished.

Under the new system, drivers with an E-ZPass will have their accounts automatically charged; travelers without a pass will have a picture of their license plate taken and a bill mailed to the vehicle’s registered owner, according to the state.

Drivers crossing the bridge on July 6 will face delays around 11:50 p.m., when traffic will be stopped so the toll plaza can be cleared in preparation for the switch. Vehicles will then be routed through the right lanes of the current toll plaza until the demolition of the toll booths can be completed. The toll plaza’s reconstruction is expected to be completed in August, said the state.

2 thoughts on “Cashless Tolling to Begin at Newburgh-Beacon Bridge”