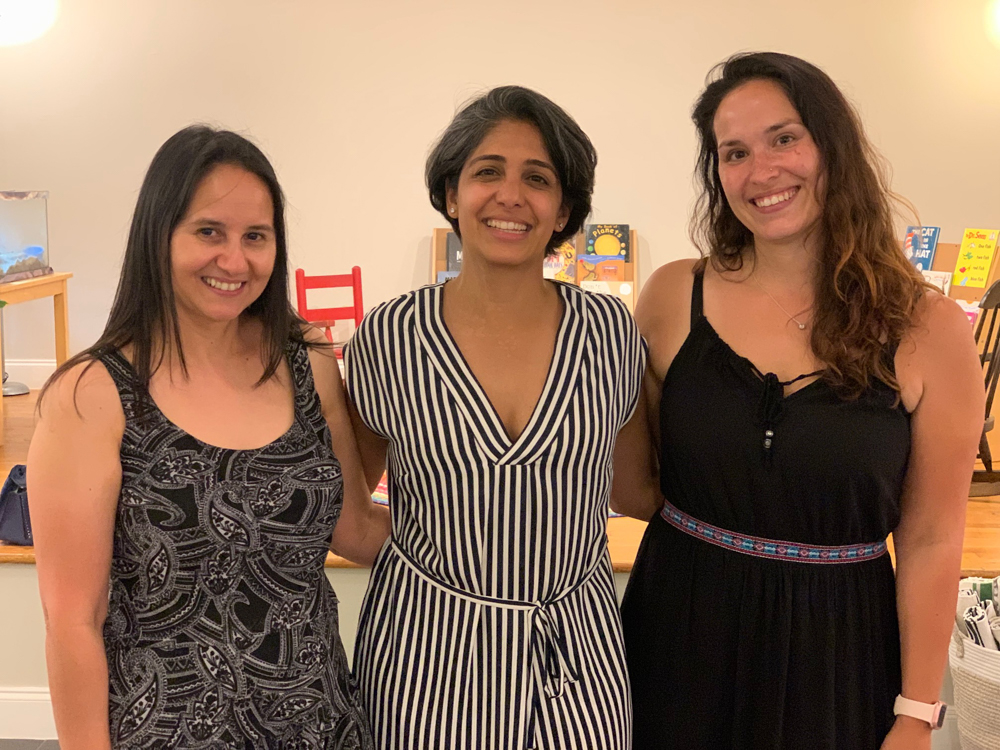 When Karen Kapoor found out a former VFW building on Cold Spring’s Kemble Avenue was available for rent, she practically ran over there with excitement. Kapoor, long a pre-school teacher at Hudson Hills Montessori in Beacon, had forever dreamed of opening her own school based on the famed education model.

She had a master plan all figured out: She would begin as soon as her kids, now 14 and 16 years old, graduated from high school. But when she heard the building, just a short walk from the West Point Foundry Preserve, was available, she thought: “This is it.”

“I had seen it before and knew it had been beautifully renovated and was perfectly located.  I knew if I didn’t do it now, this kind of a space wouldn’t be available — not just the inside but what’s outside,” said Kapoor.

A mere year or so later, having cleared hurdles that included zoning, licensing from the state Office of Children and Family Services and inspections, and with assistance from Kim Conner, the building’s owner, and Beth Sigler, its architect, The Foundry Montessori preschool opened its doors on Monday (July 5) for a four-week summer camp. 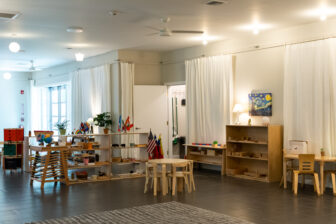 Children will learn together in the same classroom. (Photos by Photos by Amy Kubik)

The summer camps spots filled up fast, as did spaces for the school, which is preparing to open full-time in September pending New York State registration. Half of the 21 fall enrollees come from Cold Spring, while most of the rest are from Beacon, with a couple from Newburgh. Some are siblings of children Kapoor has taught in the past.

“The timing was lucky, with so many families moving from the city [New York]. There’s a big need, and, in fact, all of the local preschools in the area are full,” she said.

The school will serve children between 3 and 6 years old, reflecting one of Montessori’s major principles: educating kids of different ages as a group. Students will learn together in the same large room, which will be filled with separate play areas, each emphasizing different subjects ranging from music to oceanography.

As the older kids graduate and leave for first grade, they are replaced by the youngest, meaning two-thirds of the classroom stays the same for the full three years. That stability helps build children’s confidence as they “take ownership” in the school, Kapoor explained. The mixing of ages also encourages peer learning, an interaction benefitting both older students and their younger classmates, she said.

“For the older ones it builds their own confidence, consolidates their own knowledge,” she said. “For the younger, even if it’s not direct teaching, through indirect learning a little child sees an older one working on, say, a map of Africa, and though she may not be doing anything at that level, like osmosis, when it’s time for that lesson, she gets it.”

Children will be allowed to learn at their own pace in each subject area and given individual instruction. With a child who may be strong in math but writing below their age level, “we follow his interest, his level, catering for his needs,” said Kapoor. Starting at a child’s interest level is “half the battle” and “we don’t have to push him to do things he’s not ready for,” she said.

And then there’s the other feature of the Kemble Avenue location that grabbed Kapoor’s attention: the outdoors.  Along with a small, gated porch set up for activities like gardening and painting, which will allow children to shift inside and outside as they please, there’s the whole of the Foundry Preserve, a mere 10-minute walk away, said Kapoor. The school’s summer campers “looked at hundreds of snails” during one excursion to the preserve. 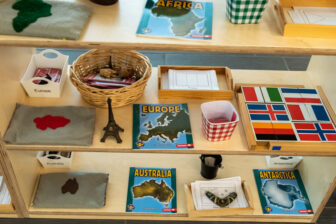 Each room has multiple play areas.

Children will also be taking trips to Tot’s Park, writing letters and bringing them to the post office to mail, and visiting the Cold Spring firehouse for safety lessons and other local places.

“Maria Montessori said ‘follow the child,’ so we’re following the child into the woods and coming back to quiet, concentrated play afterward,” said Kapoor.

Her roots with Montessori go back to 1998, when she was training in her native India. After teaching two years in India, and helping a friend set up her school, Kapoor decided to go overseas. Hoping to live in the U.S. but finding visas hard to obtain, she went to Canada instead, teaching in a bilingual Montessori school in Montreal.

After marrying and teaching in Charlottesville and Richmond, both in Virginia, for two years each, Kapoor moved to New York, where her husband took a job with a prominent advertising agency. After a hiatus of seven years, which included raising her children and becoming involved with Tots Park and the Haldane PTA, Kapoor returned to teaching, first at Thevenet in Highland Mills and then Hudson Hills.

Now, finally, the opportunity is hers, and Kapoor is relishing the results. “It’s as close to a home environment as you can get,” she said.

For more information about the school, visit foundrymontessori.com.