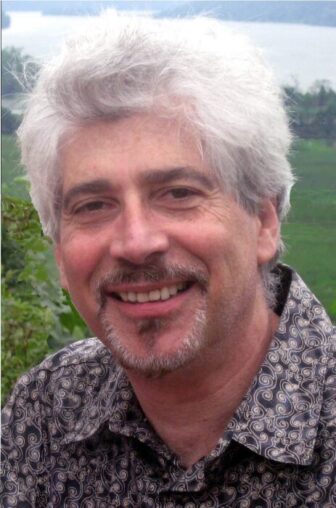 Jay Palefsky, 75, a Garrison teacher and artist who owned the Morphicism shop in Beacon, died of cancer on July 7.

Jay resided in the woods of Garrison with his wife, Marilyn, where they raised two children, several pets and many questions about life and starting a business. Jay died peacefully in the post-and-beam home he built over 40 years ago. His family was with him, loving and caring till the end.

Jay was born on March 28, 1946, in the Bronx and raised there. He attended the School of Visual Arts in New York City and graduated with a degree in art education from the University of Miami in Florida and SUNY New Paltz. Jay was passionate about inspiring his art students at Lakeland High School, where he developed his motto: “Learn the rules, and break them.”

After teaching art for more than two decades, he packed his bags to pursue life as an “artrepreneur,” with a steadfast commitment to doing things differently. In Jay’s words, “This artistic journey has taken me to a world where my right artventive mind has met my left computive brain.”

He believed that “between reality and illusion the artist builds a bridge of creativity and an adventure begins.” Jay is known for creating pieces via a unique concept of interactive art that he called Morphicism.

Jay relished meeting everyone who entered his shop, asking them about their lives, jobs and interests — explaining he would always remember them by their conversations. Often customers would leave feeling they had found a new friend, and would return with a “remember me?” Jay’s warmth, enthusiasm and ability to talk ran through every aspect of his life, leaving a “feel-good feeling” with everyone who met him.

Along with his wife, Jay is survived by his children, Joshua and Sarah, and a brother, Howard.

A memorial service will be held on Aug. 1 at 2 p.m., followed by a reception at St. Philip’s Church in Garrison. Memorial donations may be made to a charity of  choice or to The Highlands Choral Society, P.O. Box 273, Garrison, NY 10524.