Born in Herkimer, she raised her children in Cold Spring and Seminole, Florida. She outlived the life expectancy of those suffering from progressive supranuclear palsy.

Janet was born March 26, 1945, to Thomas and Alba Pallaria. She married Charles Savaia on Nov. 22, 1970, in Briarcliff Manor. After graduating from Herkimer High School in 1963, she attended the Katherine Gibbs School in New York City.

While raising her children, she worked as a real-estate agent and followed her passion for antiquities. She and her husband owned an antique business for 13 years in Seminole until their retirement. Janet was a member of the Orchid Society, Women’s Club and Garden Club. She also loved gardening and cooking.

Along with her husband of 51 years, she is survived by her children: Lorri Spence (Joseph); Peter Formato; and Christian Savaia (Carrie), along with six grandchildren ages 5 to 22: Sydney, Justin, Gabriella, Leah, Kenley and Charlie. She is also survived by her brother, Richard Pallaria (Robin McClernon), of Cochecton. 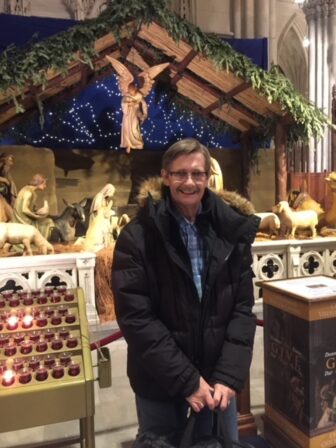 John Shanahan, 67, a resident of Cold Spring since 1997 and formerly of Queens, died July 14 at his home.

John retired in 2004 as a fire safety director for JPMorgan Chase. He enjoyed going on walks, hiking, fishing, hunting and watching bull-riding on television, as well as a good game of basketball with his daughter Clare and traveling to Disney World.

Along with his wife, John is survived by his daughter, Clare Shanahan (Michael Lo Basso); and his siblings, Thomas Shanahan (Margaret) and Sheila Farrell (Patrick). John’s brothers James, William, Martin and his sister, Sally Baricevich, died before him.

Friends may call on Sunday (July 18) from 1 to 4 p.m. at Clinton Funeral Home in Cold Spring. A funeral service will take place at 3:30 p.m. Memorial donations may be made to the 2021 St. Jude Memphis Marathon Weekend, in which his daughter Clare is running (bit.ly/stjude-run).