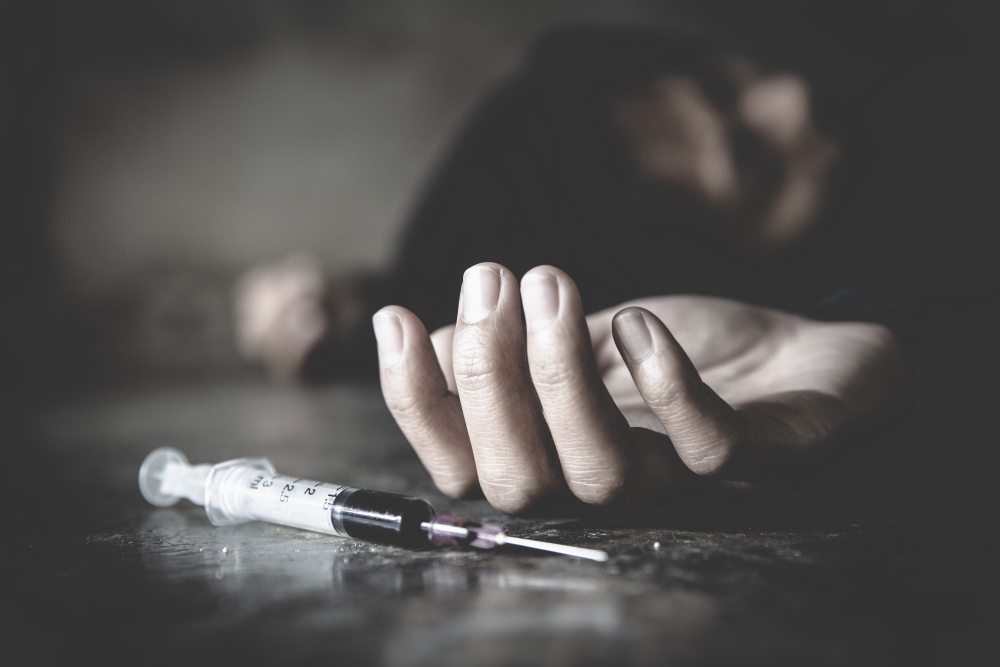 Deaths in Dutchess surge during pandemic

Christina Goebel had just finished talking with a client in March 2020 at a Hudson Valley substance abuse treatment clinic where she worked when the news came.

Because of a new and fast-spreading viral disease called COVID-19, the program would be shutting down and its clients sent home.

Within a month, six clients had died of overdoses, Goebel said.

Those six were among a reported 93,000 overdose deaths in the U.S. last year, about 20,000 more than in 2019 and a record high, according to newly released data from the federal Centers for Disease Control and Prevention. 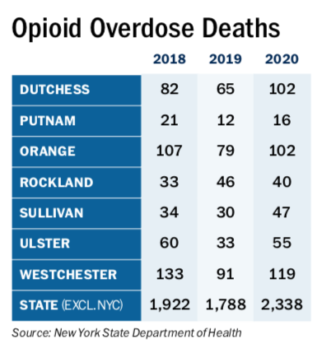 In New York state, the number of overdose deaths rose by 31 percent and Mid-Hudson counties recorded significant spikes after seeing deaths fall in 2019.

Overdoses from opioids, a class of drugs that includes heroin, fentanyl and prescription painkillers, surged by 57 percent in Dutchess County, according to newly updated data from the state Department of Health. Putnam County also experienced an increase, to 16 fatalities, compared to 12 in 2019.

The trend extended to four of the region’s other five counties: Ulster County (67 percent); Sullivan (57 percent); Orange (31 percent); and Westchester (31 percent). Rockland, where overdose fatalities dropped to 40 from 46, was the sole county with a decrease.

The pandemic forced some treatment facilities to close and others to limit capacity. The contraction in treatment beds, combined with the large-scale closure of churches and other spaces that hosted in-person meetings by groups such as Narcotics Anonymous, left many people struggling with addiction without support.

Goebel, who began the pandemic employed at a treatment clinic in Orange County, since August has worked as a senior peer engagement specialist in Fishkill for the Council on Addiction Prevention and Education of Dutchess County (CAPE), working the phones to find treatment beds and providing support to people released from treatment.

“Sometimes phones would just ring and nobody was there,” she said of trying to find treament slots. She said people trying to stay sober “relied on being able to see their counselors, their peers, their therapists face-to-face. All of the sudden, that got taken away. They had to figure out how to do it on their own.” 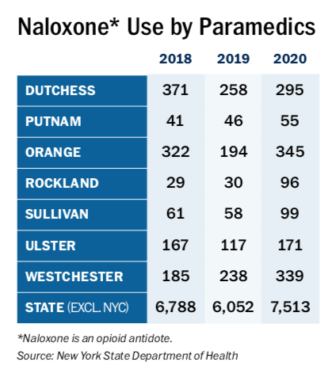 St. Christopher’s Inn, a shelter and treatment program for men run by the Franciscan Friars of the Atonement at Graymoor in Garrison, suspended new admissions in March 2020 after the state ordered a shutdown of businesses and organizations deemed “nonessential,” said Jonathan Holz, a representative for the friars.

The program resumed accepting new clients in June and has gradually been building toward capacity, he said. “Our focus is on getting our resident population back to pre-pandemic levels, while offering virtual alternatives for those who are not yet ready to come in person to the Inn,” he said.

During the pandemic, Goebel said there have been fewer calls from hospital emergency rooms about patients who had overdosed but agreed to treatment. She suspects many facilities were overwhelmed by COVID-19 patients.

The difficulty was magnified because those addicted to drugs or alcohol may quickly lose “that window of willingness,” she said. “You have to jump when there’s the opportunity, and that would disappear a lot because of all the obstacles.”

Virtual treatment was enacted statewide to fill the gaps, with support groups transitioning to Zoom, but Goebel said that some clients did not have the technology to participate. Others were wary of joining virtual meetings with large numbers of strangers who could see their face or residence, or may have been someone they used drugs with.

“When I spoke to people that was a big concern,” she said.

There were bright spots, according to Goebel.

Some people she worked with faced the pandemic’s challenges and decided to “find ways that were going to be different from the traditional treatment methods.”

“I have clients who have done so well — they have almost a year of sobriety,” she said.