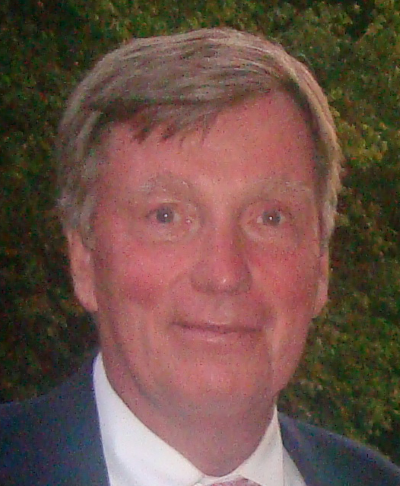 Edward F. Preusser, 82, a lifelong resident of Garrison and a former real-estate agent and professional pilot, died at his home on July 17 after a long illness.

He was born on May 17, 1939, the only child of Richard and Agnes (Donohoe) Preusser. After graduating from Haldane High School, he attended business school and became a licensed real-estate agent, working for the firm started by his grandfather, John Donohoe, in the late 1890s.

Originally known as John P. Donohoe and Son, the company is one of the oldest and continually operating family-run real-estate agencies in the Hudson Valley. Today called Agnes D. Preusser Inc. Real Estate, it is located at 35 Garrison’s Landing in a building originally owned and operated as a hotel by John Donohoe. The firm is run by his wife, Nora, and their sons, Ed and John, who are fourth-generation agents.

In the early 1960s Ed joined the Army National Guard and attained the rank of 1st lieutenant. He had a lifelong interest in aviation and was a professional pilot who attained the rank of captain. He flew for more than 40 years until his retirement, traveling the world to attain 16 ratings. He began his career with Zantop Air Cargo and moved onto Cluett Peabody, General Foods, Union Pacific and Union Carbide (Dow). According to his family, he was known by his fellow pilots and passengers as “Captain Comfort” because of his smooth landings.

Ed was the youngest club champion, at age 16, at the Highlands Country Club in Garrison. He would go on to win the title many more times. Ed was also an early member of the “Herd,” a group of gentlemen that played at The Garrison. Ed was known for his smooth swing. He shared his love of golf with his son John, who would go on to a career in golf management at the Nantucket Golf Club.

Ed and his wife, the former Nora Nelson, spent many winters in Naples, Florida, where he was a member at The Eagle Creek Golf and Country Club for more than 20 years. Ed and his golfing friends were known as “The Happy Group,” which pretty much sums it up, his family said.

Another love was restoring, maintaining and driving vintage European sports cars, a hobby he shared with his son Ed. They raced their 1956 Austin-Healey 100 Le Mans at Lime Rock Park in Connecticut and other tracks.

Ed enjoyed working on the family home in Garrison and was an accomplished woodworker. Most of the renovations are a result of his skill. He also loved to garden and was one of the first male members of the Philipstown Garden Club. In later years some of his favorite times were spent with his granddaughters, reading books, telling stories and sharing his life experiences.

Along with his wife of 54 years, he is survived by his sons, Edward Preusser (Kelly) and their daughters, Aurora and Olivia, of Garrison; and John Preusser (Jody) of Nantucket, Massachusetts.

Services will be private. Memorial donations may be made to St. Jude Children’s Research Hospital (stjude.org) or The Wounded Warrior Project (woundedwarriorproject.org).