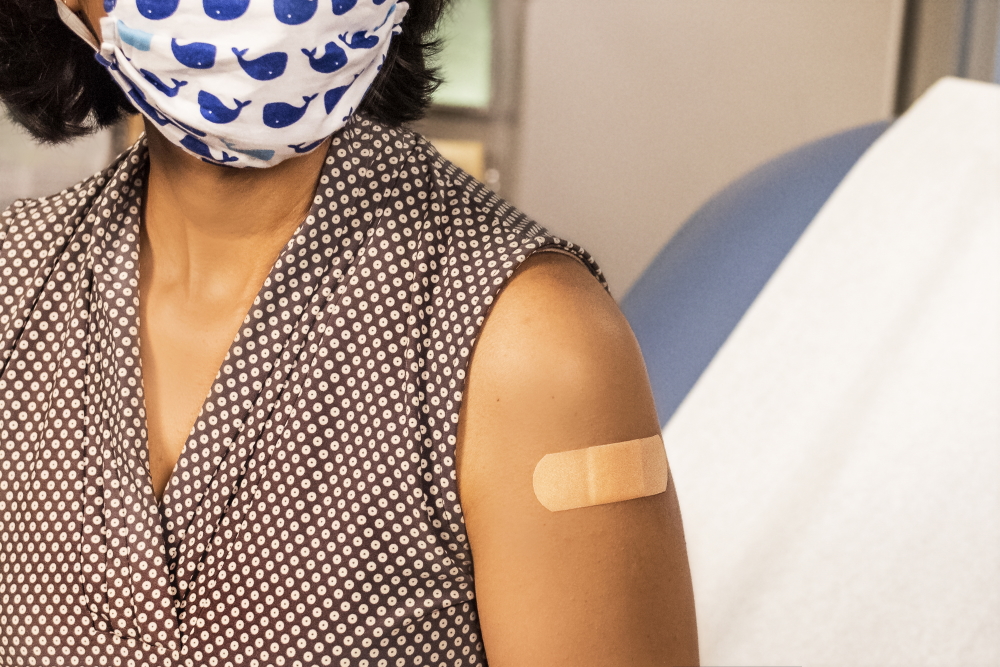 ■ Beacon had 11 active cases as of July 28 and Putnam had 37 as of July 29. There were fewer than 5 cases reported in Philipstown and two hospitalizations at the Putnam Hospital Center in Carmel. Dutchess had one hospitalization.

■ New cases continued to rise in Dutchess County, and Putnam is also seeing an uptick. Dutchess’ 25 new cases on July 22 was its highest one-day total since May 19 and the second time this past week the county reached 20. Dutchess averaged 15.3 new cases a day over the seven-day period ending July 22, versus 7 the prior week. The county started the month with 54 active cases. As of July 21, that number had more than doubled to 122. Putnam County’s 10 new cases on July 22 was the first day the county reached double digits on any given day since it had 16 on May 7. The county’s averaged 4 new cases a day for the seven-day period ending July 22, compared to 1.6 the previous week.

■ The Canadian border will open on Aug. 9 to fully vaccinated travelers.

■ A party at a house in Red Hook is believed to be the source of an outbreak of COVID-19 cases that “impacted” the town’s summer school, camp and pool programs, said Dutchess County on Tuesday (July 20). The county said that eight confirmed cases, among both adults and children, were related to the party. The total included several people who had been vaccinated, the county said, adding that there were no hospitalizations or deaths.

■ New York State is now taking applications for its Public Health Corps Fellowship Program, which will train up to 1,000 people to respond to COVID-19 and other public health emergencies and place them in full-time paid positions with the state Department of Health, local health departments and other public health entities. Fellows are trained through an online program offered by Cornell University, said Gov. Andrew Cuomo on Friday (July 16). Visit ny.gov/publichealthcorps for more information and to apply.

■ Gov. Andrew Cuomo signed legislation on July 1 prohibiting public employers from punishing workers who use sick leave or other compensatory time for COVID-19-related absences, including quarantine and medical treatment.

■ As of July 29, New York had administered at least one vaccine dose to 62.7 percent of the population and had fully vaccinated 56.8 percent, according to its COVID-19 Tracker. Among residents 18 and older, 74.9 percent had received at least one dose and 68.3 percent were fully vaccinated, according to the Centers for Disease Control and Prevention.

■ Dutchess County had fully vaccinated 84.3 percent of its residents 75 and older and Putnam 81 percent as of July 29, according to the CDC.

■ As of July 29, 40.1 percent of adolescents in Dutchess County and 41.2 percent in Putnam between 12 and 15 years old had received at least one vaccine dose since becoming eligible to receive the Pfizer shots on May 12.

■ The state-run mass vaccination site at SUNY Orange in Middletown will close on July 26, along with four other locations, Cuomo said on July 20.  The state will also close sites at Binghamton University, Aviation Mall in Queensbury and Stony Brook Southampton.

■ A newly released book, Our Darkest Hours: County Leadership and the COVID Pandemic, includes reflections from Marc Molinaro, the Dutchess County executive who lost his father to the coronavirus. The book was commissioned by the New York State County Executives Association to “share the hard lessons learned” during the pandemic. The first part of the book is written or oral histories submitted by county executives and also includes a chapter by Putnam County Executive MaryEllen Odell, while the second part looks at the “fractured federal and state response.” Copies are available at Amazon for $19.99 in softcover or $4.99 for the ebook; proceeds benefit Feeding New York State. In the book, Molinaro recalled his father’s death:

My father went downhill at a terrifying speed. The doctors decided to put him on a ventilator, and it wasn’t long before they informed me that it wouldn’t be safe to take him off. Those two weeks remain a blur to me. I remember praying every day that I’d get 5 more minutes with my dad.

On April 9, a Friday, at 1:59 p.m., a nurse texted me to say that she thought my father didn’t have much time left and asked if I wanted to call him. I thought how strange it was, in this circumstance, not to be there in person, but I was anxious to speak with him. The nurse held the phone to his ear. I told my father that I loved him and I wished we’d been able to talk about so many things. I promised that I’d stay close to my sisters, and that he should know that, despite the problems of years gone by, he was loved. My father, Anthony Molinaro, died at 2:04. I am grateful that I got my 5 minutes.

■ The Putnam County Legislature announced, with the lifting of the governor’s emergency order as of June 24, it would again hold its meetings in person, rather than by audio connection, beginning with an Audit & Administration Committee Meeting scheduled for June 28. Committee meetings are held in Room 318 of the County Office Building and full legislative meetings at the Historic Courthouse.

■ New York will end on June 24 the statewide COVID-19 emergency disaster declaration issued on March 7, 2020, now that more than half the state is vaccinated and infections have plummeted, said Cuomo. Federal guidelines, including mask requirements for unvaccinated people, riders on public transportation and people in health care, nursing homes, prisons and other settings will remain in effect. State and local governments still have authority to enforce those mask rules and other health precautions in those settings, he said.

■ Essential workers whose income is less than 300 percent of the federal poverty level ($79,500 for a family of four) can apply for child care scholarships under a $25 million federally funded program, said Cuomo on June 23. People receiving child care scholarships under the federal CARES Act can apply for the new program. Applications will be processed and awarded on a first-come, first-served basis and can be found here.

■ Excelsior Pass is a free app that can be used to access proof of vaccination or a recent negative COVID test. See epass.ny.gov.

■ Questions? Dutchess County posts updates at dutchessny.gov and has a hotline at 845-486-3555. Putnam County posts info at putnamcountyny.com. New York State has a hotline at 888-364-3065 and a webpage at coronavirus.health.ny.gov, which is also where you can find a testing site. The state also created an email list to provide updates. The federal Centers for Disease Control and Prevention posts updates at cdc.gov.