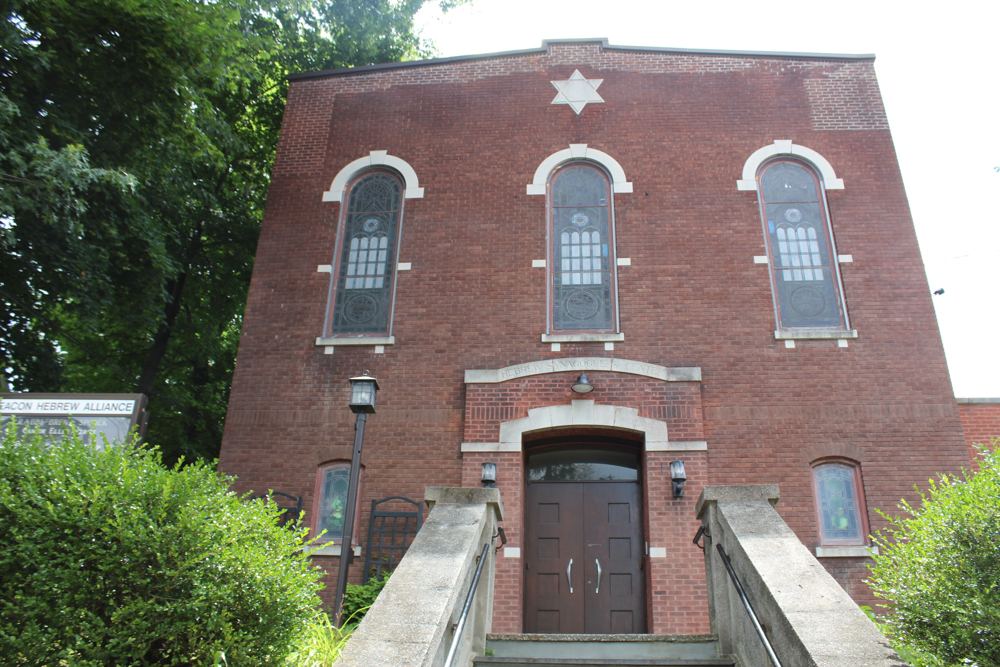 A notice that appeared in the Poughkeepsie Eagle-News on June 1, 1921, announced that “a new Jewish congregation has been added to Dutchess County in the form of the Beacon Hebrew Alliance, papers of incorporation for which have been received here.”

The application had been submitted to the county six months earlier, on Jan. 11, and six directors named: Samuel Snider [Snidaman], Hyman Pomeranz, Max Glick, Joseph Preisen, Louis Taub and A.J. Bernstein. Jews who lived in or near Beacon, who had been traveling to Newburgh or Poughkeepsie to worship, began raising money to buy a Torah, support refugees displaced in Europe by the world war, hire a rabbi and purchase a parcel to build a synagogue.

A century later, BHA is celebrating its beginning, and the changes that followed, with a series of events throughout the remainder of the year, including special services, educational programs and lectures, and an exhibit at the Beacon Historical Society of materials from its archives, oral histories and artifacts. 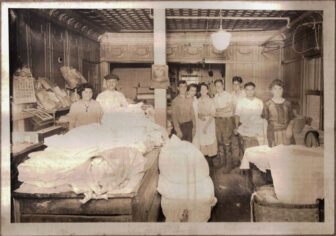 Sarah and Jacob Ritter (at left), who owned a laundry on South Chestnut Street, were among the founders of BHA. They are shown in their shop in July 1925. (Photo courtesy Frank Ritter)

The congregation’s growth paralleled Beacon’s. The synagogue that was eventually built, at 331 Verplanck Ave., not only stood as a religious hub but hosted lectures and other community activities, and served as a base for charitable initiatives, such as supporting World War II veterans hospitalized at the Castle Point VA Medical Center in Wappingers Falls.

But BHA, like the city, also faced leaner times — when membership dwindled and the remaining congregants stepped up their efforts to keep the synagogue open, including leading services because they could not afford to pay a full-time rabbi. For a time, students from the Jewish Theological Seminary in New York City would stay for the weekend to lead services at holidays.

“In many ways, what stands out more than anything else is the dedication of the volunteers,” said Brent Spodek, who was hired in 2010 as BHA’s first rabbi since 1976. “It’s been a tremendous presence and commitment from the laity that has kept the place going.” 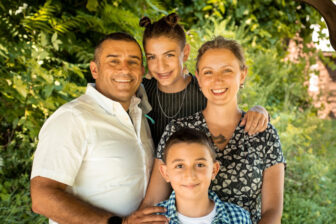 Rabbi Brent Spodek and his family

The fall exhibit, whose opening date has yet to be scheduled, will be mounted at the Beacon Historical Society’s new home on Leonard Street before moving to the synagogue, said Diane Lapis, the historical society’s president.

In addition to an opening reception, the society will host lectures and a walking tour of locations that were once the sites of Jewish-owned businesses, which included  tailor shops, dry goods stores, pharmacies, laundries, a movie theater, restaurants, delis, toy shops and a kosher butcher.

“As we look toward the future, we want to embrace the rich cultural heritage of our past, and the story of Jewish life in Beacon has many valuable lessons to offer,” Lapis said.

Ellen Gersh’s grandparents, Barnett and Esther Pearson, are part of that story. 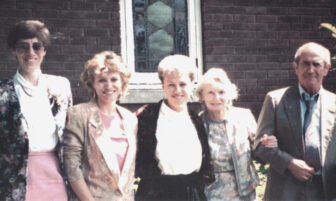 Bonnie Barry, Ellen Gersh, Beth Pearson and Evelyn and George Pearson outside the Beacon Hebrew Alliance in an undated photo

The Pearsons joined an influx of Jews, many of them immigrants from Europe, who moved to Beacon to work in the clothing factories. The couple were among the founders of the BHA in 1921.

Before the Verplanck building opened in 1929, members worshipped at the former Mechanics Savings Bank building on Main Street and in the Odd Fellows Hall over Schuman’s Army & Navy Stores. 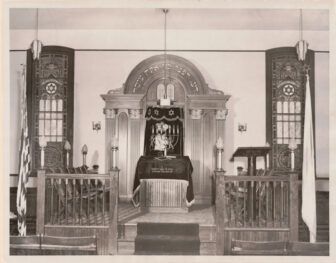 There was anti-Semitism. After raising the money to buy land for a cemetery in Fishkill, the congregation had to find a third party to purchase it because the owner refused to sell to Jews, said Gersh.

Gersh, who is BHA’s cantor, leading the congregation in song and prayer, was born in 1960, at a time when the city was bustling and had many Jewish-owned businesses, including Schuman’s, Fisch’s clothing, Aero Leather and the Bank Square Tavern. “The community was very, very healthy,” she said.

That was before malls siphoned customers from Main Street and the original members of the synagogue began dying. 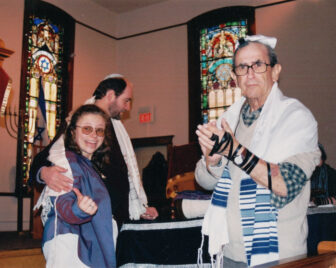 To conserve funds, the congregation eventually sold a home it had purchased for its rabbis, renting an apartment instead, said Gersh. Many of BHA’s members gave up vacations to finance the repair of the synagogue roof after a collapse in 1974. Gersh recalled that her parents, who both taught at Beacon High School, canceled a vacation to Puerto Rico to contribute to BHA.

“People gave so much of their heart, of their finances,” Gersh said. “They kept it going in difficult times.” 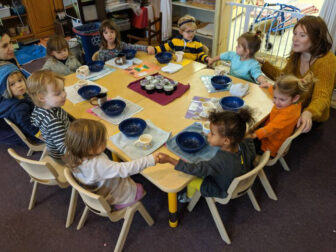 The synagogue opened a preschool in 2016. (File photo)

Beacon’s recent resurgence has brought new residents to the city and new members to BHA, which is holding services outdoors at the University Settlement Camp on Wolcott Avenue because of the pandemic. The congregation is growing out of the space on Verplanck Avenue, said Gersh.

Spodek and his family became members when they moved to Beacon after his wife, Alison, was hired in 2009 as a professor of chemistry at Vassar College. He was in Washington, D.C., on Oct. 27, 2018 — a Saturday — when a racist gunman killed 11 people at the Tree of Life synagogue in Pittsburgh. 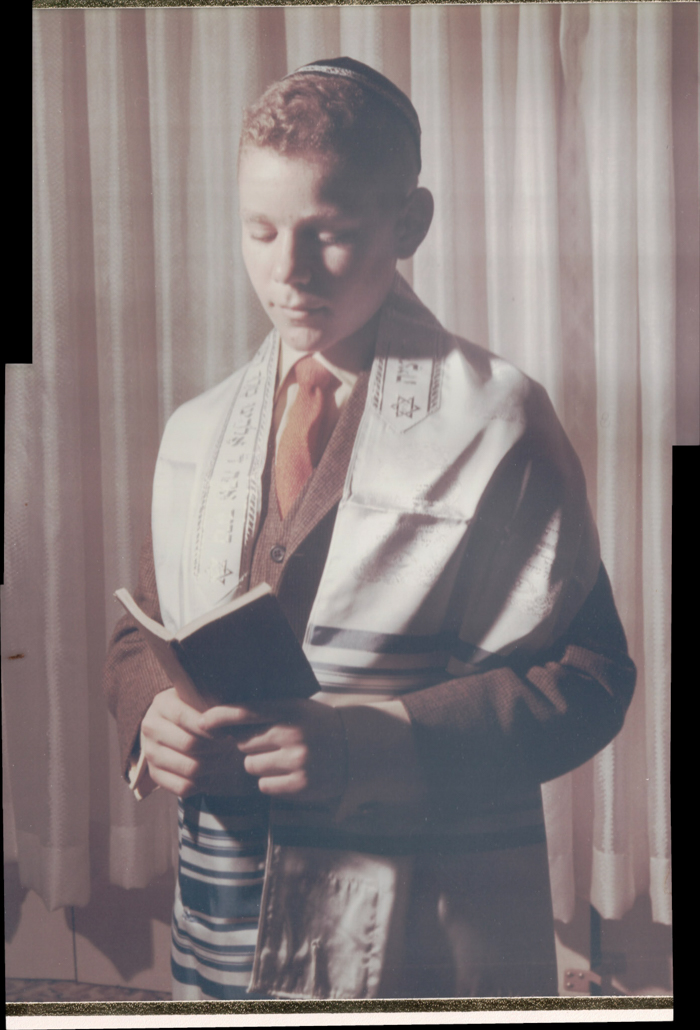 Stuart Ginsberg at his bar mitzvah in 1968

He returned to Beacon that night and arrived at the synagogue the next morning to find a gathering of clergy from Beacon’s Christian churches and mosque and Sands Frost, then a lieutenant with the Beacon Police Department and now its chief. The clergy sang and handed candy to children arriving for Hebrew school, Spodek recalled. A week later, the Salem Tabernacle, a non-denominational Christian church on Delavan Avenue, hosted a rally attended by about 1,000 people to support the Jewish residents of Beacon.

“The white nationalists were, and are, terrifying,” said Spodek. “At the same time, there was the tremendous sense, after Pittsburgh but also in general, of the love and support of this community.”