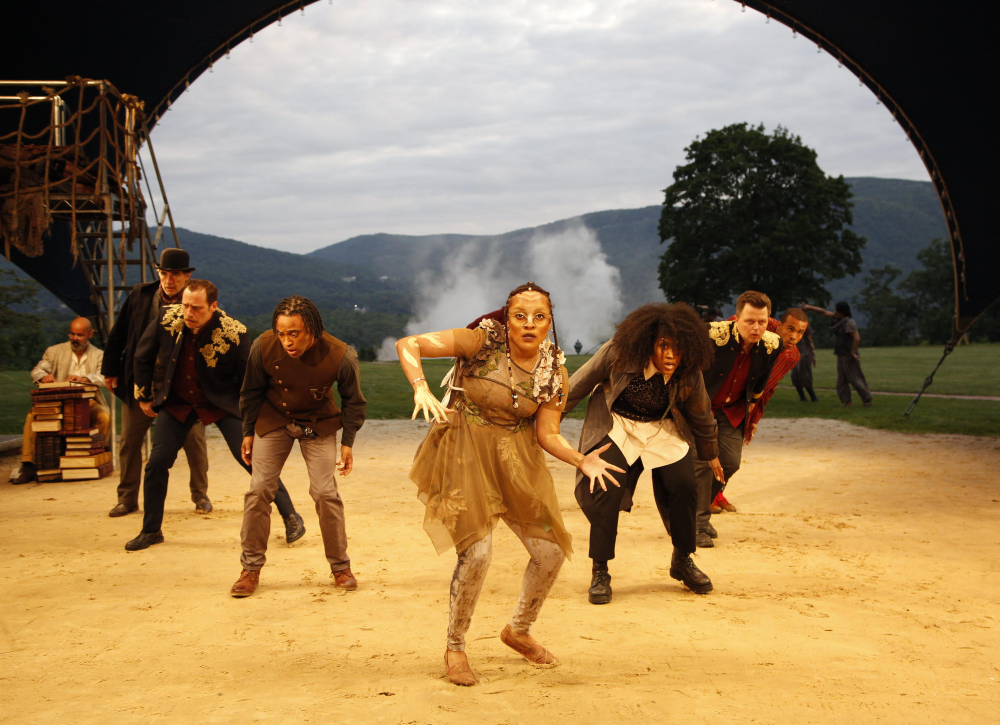 The HVSF production of The Tempest — its last at Boscobel — will open on Saturday (Aug. 7) after two nights of previews. (Photo by T. Charles Erickson/HVSF)

After 34 seasons, HVSF presents its last play at Boscobel: The Tempest

Two weeks ahead of opening night for The Tempest, the production he is directing for the Hudson Valley Shakespeare Festival, Ryan Quinn voices a sentiment common to the juncture.

He elaborates: “You get in a scene, and get a little bit of time to explore, but right about now it’s feeling like ooh, it needs to start being this other thing. At this point in rehearsal our moments are very defined by movement, like choreography which helps us find the breath, which helps us expand on other things. It would be wonderful to be able to expand the exploration process indefinitely, but we have to forge ahead.”

These are words of experience, as Quinn is an HVSF veteran. A native of Racine, Wisconsin, he first performed at the festival in 2003 in All’s Well That Ends Well and Antony and Cleopatra, in repertory, soon after graduating from the Yale School of Drama. 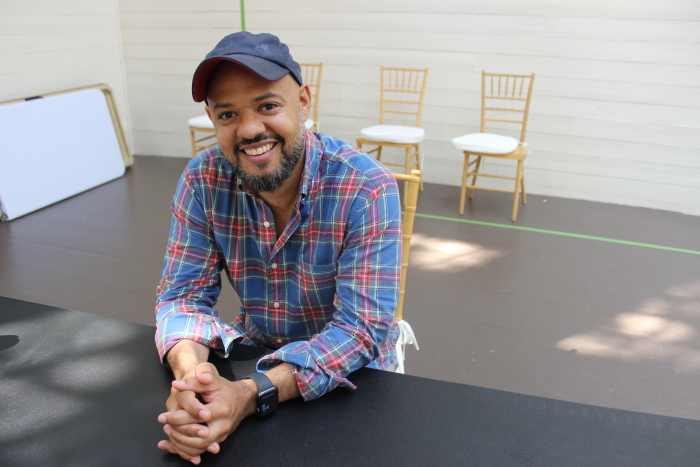 Ryan Quinn is an HVSF veteran who performed in The Tempest in 2005. (Photo by A. Rooney)

In 2005, he performed in The Tempest, and spent many other seasons acting under the tent. Quinn has since acted in regional productions around the country, shifting toward directing while continuing to act, and co-founding, with his wife Katie Hartke and others, a theater company called Esperance.

He has also worked extensively as an educator, teaching classes in acting, improvisation and stage combat, working with institutions such as the Lincoln Center for the Performing Arts, Vassar College and Phoenix House, an addiction treatment center.

Quinn’s associations with the Hudson Valley Shakespeare Festival include the romantic: he and Hartke met during that first season, when they were the only new people hired for All’s Well.

“Katie and I were in both, and that was the summer that we fell in love,” Quinn recalls. The couple later included a line from The Tempest, “Hear my soul speak,” in their wedding vows.

The final production serves as a coming home of sorts for several actors who have appeared frequently at HVSF through the years, including Kurt Rhoads, Nance Williamson, Jason O’Connell, Zachary Fine and Sean McNall.

“It was intentional to have many people with connections to having their feet in the dirt, plus having new people join,” Quinn says. “I mean, Kurt and Nance, what can you say? It’s amazing having them. They come in and they give it to you; they don’t wait.”

He says that on his first day back at the tent this year, to see a dress rehearsal of the earlier play, The Most Spectacularly Lamentable Trial of Miz Martha Washington (which remains available to watch online through Aug. 15), he noticed the conservatory company “up in the corner, watching.” Years ago, Quinn was the program director for the young actors, who understudy the lead roles while playing smaller ones. 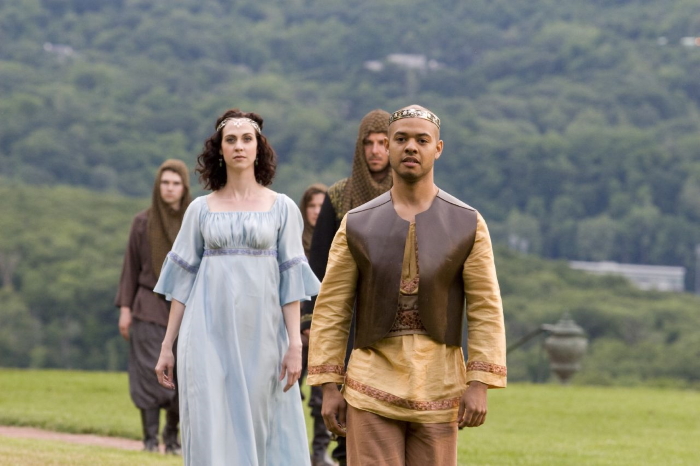 Ryan Quinn, with his wife, Katie Hartke, in the 2009 HVSF production of Pericles (Photo by William E. Marsh/HVSF)

“That was everything to me because I grew up here, chasing Kurt and Nance around,” he says. “The conservatory company was the imprint of how I saw being an actor in a company; I soaked it up. Plus, Chris Edwards [the former director of education at HVSF], who played Caliban [in the 2005 production], pushed me forward.”

When the festival’s artistic director, Davis McCallum, approached Quinn about directing The Tempest, the production was a COVID-19 question mark. But McCallum said he wanted to present The Tempest as one of the plays during what will be HVSF’s last season under the tent at Boscobel, its home for 34 years, before an anticipated move to land donated at The Garrison.

That Quinn had performed in The Tempest was both an assist, and intimidating. “I’d done it once, here,” he says. “It’s a neatly constructed play, and then expands. I started thinking about it in a way I always do, asking myself three questions: ‘Why this play? Why me? Why now?’ I let the responses turn into my ethos for the production.

“This one landed on Nina Simone. I can think of no other answer why, aside from it felt right. Something about her voice tapped into the culture. Her voice is that of an artist; she feels slightly outside of society. In The Tempest, the voices of the island are righteous and potent, but are also outside of society.”

Quinn says he also came up with two words as anchors for the production, one of which was forgiveness. “Forgiveness is like faith: we should believe in it, as a way through.”

The other word was reckoning. “It’s hard to want to even accounts, but it’s human. When we look at justice, social justice, it takes a long time for that to happen.”

The play’s central figure, Prospero, tethers the words to the text when he says, “The rarer act is in virtue than in vengeance.”

“When I did The Tempest in 2005, it was a different play for me,” Quinn says. “It surprised me then, and again now, particularly because now I have a 5-year-old daughter and I connect so much more to being a father raising a daughter, only to let her go,” as Prospero must do with his daughter, Miranda.

In addition to those Shakespearean mainstays of exile, peril, shipwrecks, nobility, scheming, banishment and the carrying out of orders, The Tempest mixes in spirits, slavery and family dynamics, plus a dollop of romance.

“The play can come so close to becoming a revenge tragedy,” Quinn says. Before the HVSF season began, the full company held a meeting in which “we focused on holding space for grace, for the possibility of forgiveness, which is so hard, especially between family. That’s when it becomes beautifully complicated and relatable.”

The Tempest, by William Shakespeare, is being performed at Boscobel, 1601 Route 9D in Garrison, at 7:30 p.m. each evening except Tuesdays through Sept. 4. Tickets are $20 to $175. See hvshakespeare.org or call 845-265-9575. Spectators must show proof of a recent negative COVID-19 test (from within 72 hours of the performance) or full vaccination. Face masks are required.