A Putnam County sheriff’s deputy was credited with saving a driver whose car veered off Route 9D near Boscobel on Aug. 3 and caught fire after striking a tree. 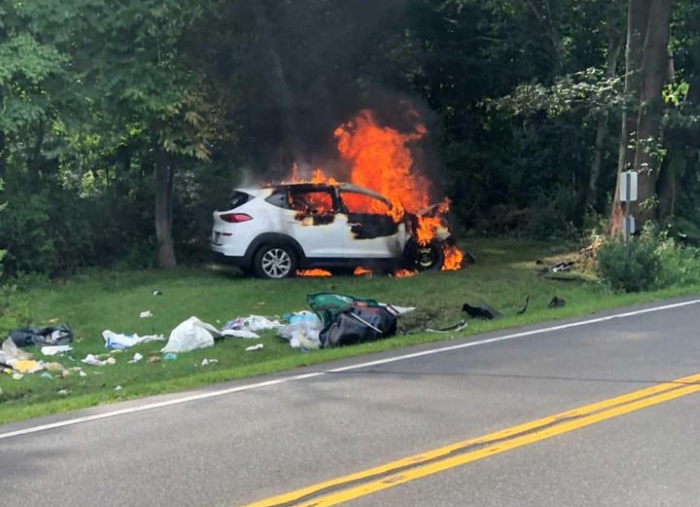 A sheriff’s deputy and a passerby rescued a woman from her burning vehicle on Aug. 3 after she left Route 9D near Boscobel in Philipstown and struck a tree. (North Highlands Fire Co.)

The sheriff said that Deputy William Verrastro was traveling south on Route 9D at about 10:10 a.m. when a Hyundai behind him suddenly went off the road. He and a passerby who has not been identified pulled the unconscious driver from her burning vehicle. 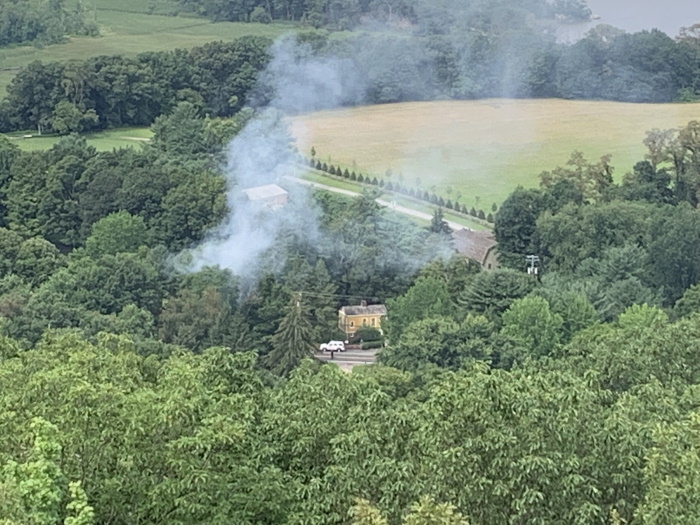 Smoke from the vehicle was visible from Lane Gate Road; the yellow building is located at the entrance to Boscobel. (Photo by David Duffy)