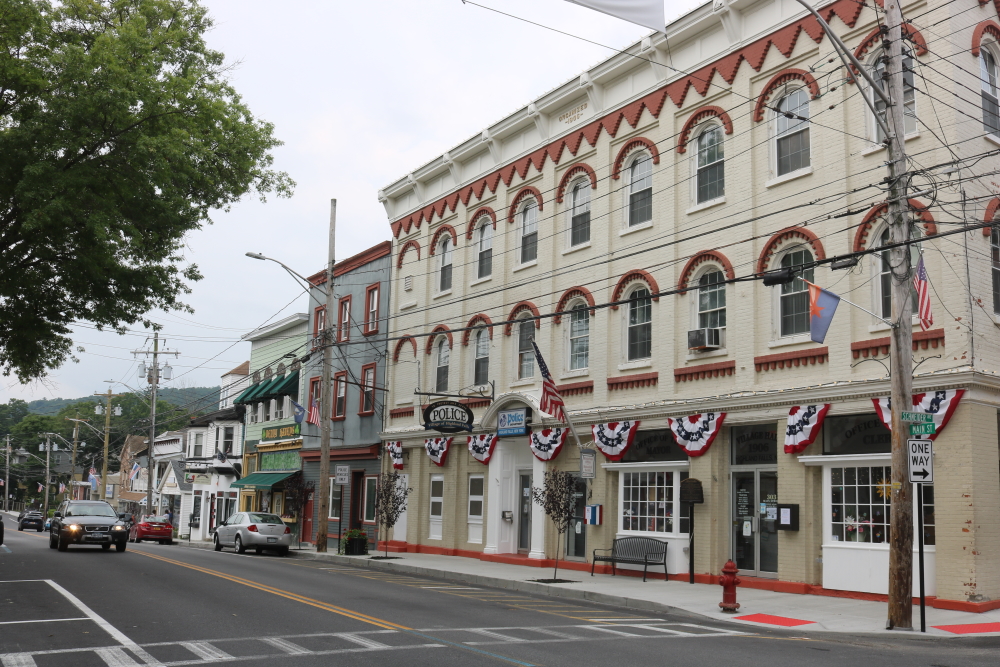 Can a village established 115 years ago simply cease to exist?

That might be the fate of Highland Falls, a municipality of 3,800 people on the west bank of the Hudson River about a mile southwest of Garrison.

On Monday (Aug. 9), the Village of Highland Falls Board of Trustees set Nov. 8 as the date for a referendum in which residents will say “yes” or “no” to one question: Should their village be dissolved?

Dissolution became a possibility on July 9, when officials certified a petition with the signatures of at least 10 percent of the eligible voters. Under state law, the Village Board was legally obligated to organize a vote that might lead to its own demise.

If dissolution prevails, the streets, businesses, restaurants and parks would remain intact but the village would no longer have its own government. Instead, it would become a hamlet, with services provided by the Town of Highlands — the same relationship that Garrison has to Philipstown.

Highland Falls, established in 1906 and formerly known as Buttermilk Falls, is already part of the Town of Highlands, just as Cold Spring is part of Philipstown. Highlands, which has a population of 12,165, includes the hamlet of Fort Montgomery, Bear Mountain State Park and West Point. 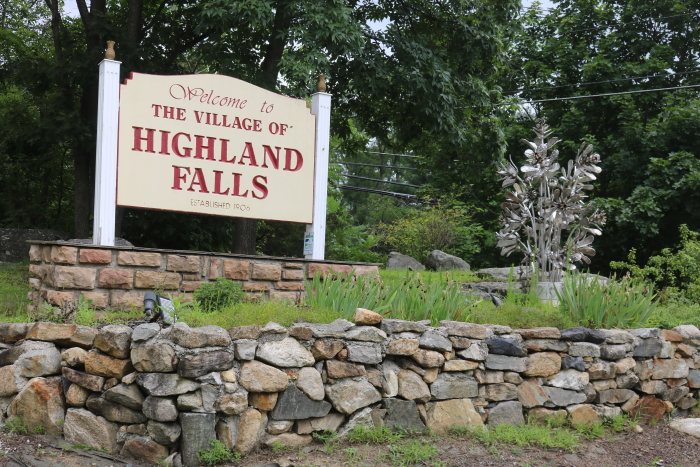 Highland Falls, formed in 1906, could be dissolved in a referendum vote on Nov. 8. (Photo by M. Turton)

Joe DeWitt, a Highland Falls resident who has been a candidate for mayor and plans to run for the Town Board in November, said the effort to dissolve was a matter of saving tax dollars by doing away with the municipal government, including its police and highway departments, when Highlands is available to provide those services.

“Spending is mounting,” he said. “We’re looking at multimillions of dollars of bonded debt for the town and village. You have to curb spending for the long-term health of the town and the village.”

DeWitt said he doesn’t feel the sense of community would suffer if Highland Falls went away. “It’s people, their involvement and their spirit, that maintain a community, not a village government,” he said. 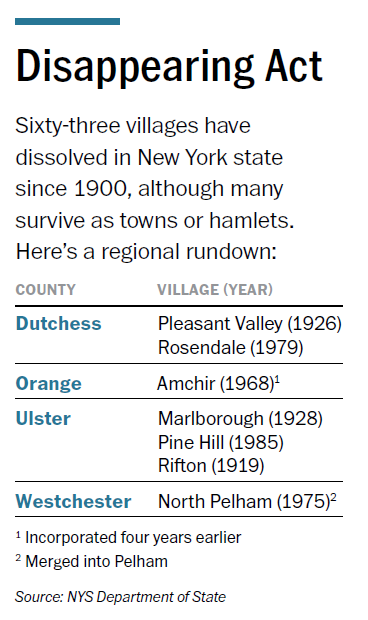 Multiple attempts to reach Mayor Joe D’Onofrio were unsuccessful, but Village Trustee Melanie Guerrero said she “wholeheartedly supports” the effort by residents to dissolve the government.

“The town and village have a long, successful history of shared services and this is a logical next step,” she said, adding that while she has supported consolidating the police forces, the majority of the Village Board has not.

Residents have petitioned “to achieve through the ballot box what they could not get their elected board to consider,” Guerrero said.

Village Trustee Jim DiSalvo said he is not opposed to dissolution but is critical of the referendum process which, he said, gives the village no say in how its interests would be considered by the Town of Highlands.

The village has hired an Albany consulting firm, the Laberge Group, to prepare a study that outlines the potential effects and costs of dissolution, as well as alternatives.

The issue, DiSalvo said, is that if residents vote to dissolve, under state law, the Town of Highlands can simply choose to ignore proposals for consolidation. “It’s not like a merger, where two companies sit down and work out the details,” he said.

In 2008, the state Commission on Local Government Efficiency and Competitiveness issued a report that outlined the layered nature of New York government. (The only states with more layers are Illinois and Indiana.)

(When calculating the percentage of the population in each county that resides under this triple layer of government, Livingston topped the list at 41.4 percent, Rockland was fourth, at 41.3 percent, and Dutchess and Putnam were near the bottom, at 6.2 percent and 4.9 percent.)

Town residents outside of villages have two layers: town and county, e.g. Philipstown and Putnam.

A 2006 study by the state comptroller noted that the distinctions among towns, cities and villages had become artificial, because all are capable of delivering a broad array of services. It described New York’s system as “a structure no one would design today.”

If voters approve dissolution on Nov. 8, the Village Board must create a dissolution plan within 180 days and present it at a public hearing. If voters are not happy with the plan, they can force a second referendum with another petition.

The results of other campaigns to dissolve villages have been mixed. In November, voters in the Village of Pawling in Dutchess County rejected a plan to consolidate with the Town of Pawling by a margin of more than 3 to 1.

But in December, residents of the Village of South Nyack in Rockland County voted 508 to 202 in favor, setting the stage to consolidate with the Town of Orangetown.

The original version of this story stated that Joe DeWitt planned to run for the Village Board in the fall. In fact, he plans to run for the town board. This has been corrected.

3 thoughts on “POOF! A Village Could Disappear”