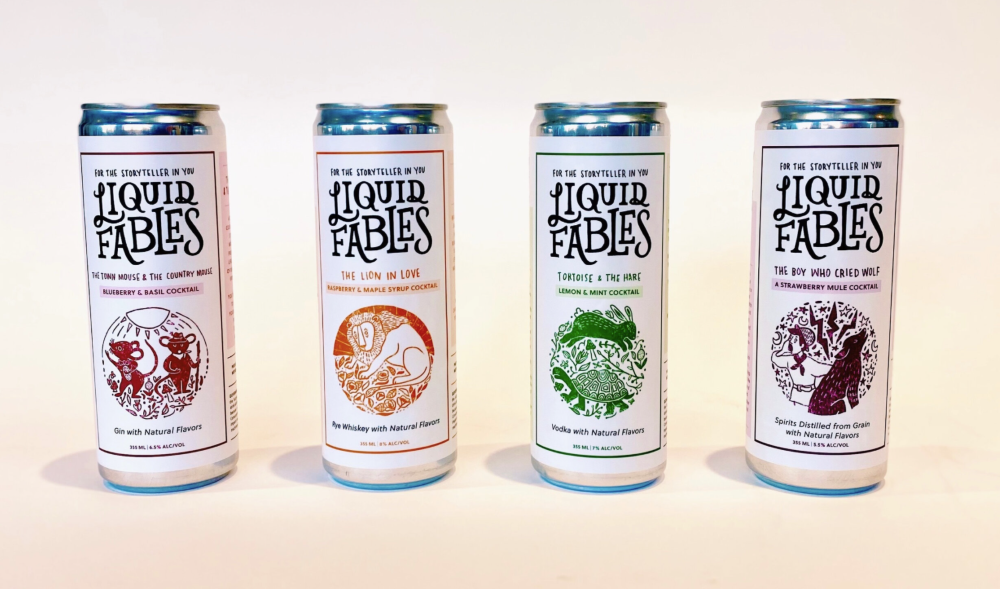 No sand and sunsets. Instead, they visited breweries in Belgium.

“They were blending beer with local fruit,” recalls Matt Green. “I realized I’d never seen anyone mix the fruit in with liquor.” 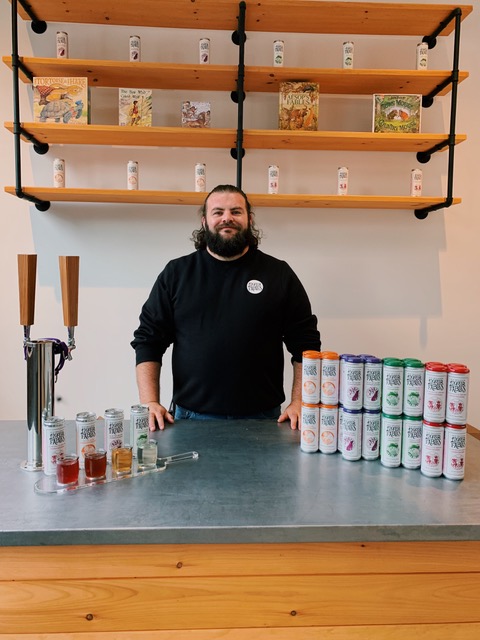 That revelation led to Liquid Fables, the couple’s new company and tasting room at 1 E. Main St., which opened two weeks ago. It specializes in canned cocktails. The firm is legally a New York State farm distillery, although it doesn’t distill. “We’re technically a ‘blendery,’ ” Green explains.

Having spent a decade in the craft beer industry in sales, calling on Hudson Valley bars, stores and other accounts, Green says he was well aware of the trend toward adding different types of beverages to product lines. It reinforced to him, he says, that “thinking local” was more than a passing fancy.

“Local, trusted brands have a familiarity,” he says. “If you’ve been drinking their craft beer, you probably assume their new craft whiskey will be good. We’re interested in emphasizing the base flavors by complementing them. If we’re using a rye whiskey base, for example, we want to highlight its spicier notes.”

Distributing their products in cans stems from the couple’s being “outdoorsy,” he says. “The accessibility of bringing it outside was important. You couldn’t bring anything canned with you, except beer,” before New York changed its laws. 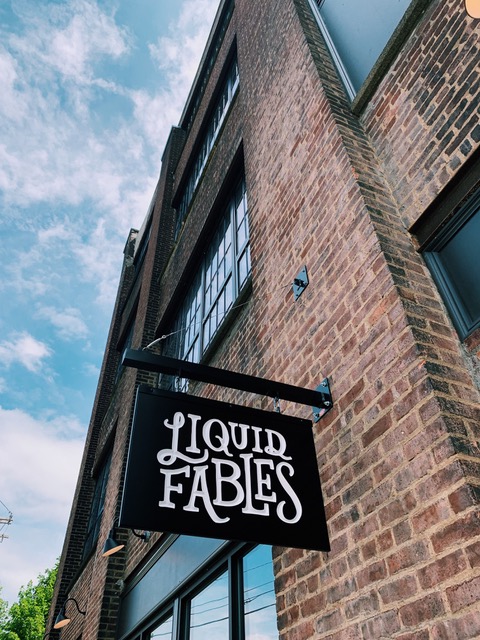 Another state regulation that stipulates that 75 percent of an agricultural product has to come from New York state has limited their product lines: there’s no agave growing in the Northeast, hence no tequila, hence no mojitos and their kin. There’s also no sugarcane, meaning no rum-based drinks.

“With an actual distillery, it’s a little easier because you can source the grain for your product with alcoholic blends,” Green says. “For what we’re doing, we’ve tried to come up with similar flavors by using honey or maple syrup in place of sugar-cane. It’s taken a lot of tinkering.”

The other unusual component of their beverages is a tie-in to fables.

“Laura and I grew up in the Hudson Valley, where storytelling is part of the landscape,” Green says. “With our space being located in a hundred-year-old factory building, it felt like the perfect setting for aspects of storytelling.”

Each cocktail — there are four so far: one gin, one rye and two vodkas — has a fable on the packaging: “The Boy Who Cried Wolf,” “The Tortoise and the Hare,” “The Town Mouse and the Country Mouse” and “The Lion in Love,” which Green recounts as:

“A lion fell in love with a lioness. Her father told him to prove his love by getting declawed, and when he did, her father killed him. The moral is: Don’t be a fool in love; don’t make rash decisions. We put this fable with the rye whiskey, which has the highest alcohol content. The can says: ‘Don’t make bad decisions.’ ”

When looking for a spot to open their tasting room, the Greens focused on the Highlands because of the many opportunities they provide to be outdoors — and enjoy a canned cocktail.