She was born on March 12, 1930, in Peekskill, the daughter of Alberto and Annunziata (Astrologo) Cococcia. She graduated from Peekskill High School and received a bachelor’s degree from Plattsburgh State Teachers College and a master’s degree from Penn State University.

Ellie taught home economics at Lakeland High School for 25 years and resided for most of her life in Garrison before moving back home to Peekskill. She was a member of The Church of the Assumption in Peekskill, as well as the Assumption Entertainment Committee and the Columbiettes.

She is survived by 11 nieces and nephews and two sisters-in-law. Her four siblings died before her.

A funeral Mass will be held at The Church of the Assumption, 131 Union Ave., at 10 a.m. on Monday (Aug. 16), followed by interment at Assumption Cemetery. Memorial donations may be made to the Alzheimer’s Association (alz.org). 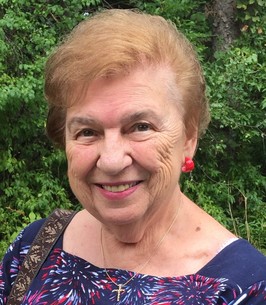 Jean Audrey DiGiaimo, 86, died Aug. 13 at home with family members by her side.

Jean was born on Sept. 1, 1934, in Cold Spring, the daughter of Eugene and Edna Purdy. She graduated from Haldane High School and worked at IBM. She married Nicholas DiGiaimo, who died before her.

She is survived by her son, Nicholas DiGiaimo (Julie) and grandchildren, Nicholas of Beacon and Christina of Seattle. Her son, Paul DiGiaimo; and her three siblings died before her.

A funeral Mass was held on Aug. 17 at St. Mary, Mother of the Church in Fishkill, followed by interment at Cold Spring Cemetery. 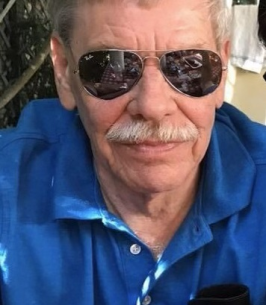 Until his retirement, George was the parts manager for Curry Toyota in Cortlandt Manor. He loved the outdoors — fishing, hunting, golfing and gardening — and all types of music.

In addition to his wife and mother, George is survived by his children, Daniel Wilcox (Nora) of Texas, Elizabeth Wilcox (Ian Tudmian) of New Orleans, Shannon Pena (Mark) of Cranford, New Jersey, and Jamie Wilcox (Jeanie) of Naugatuck, Connecticut; as well as his grandchildren, Shawn, Cameron and Jacob.

Arrangements will be private. Memorial donations may be made to the American Cancer Society (cancer.org).