The rainbow is getting more colorful.

Both Dutchess and Putnam counties and their municipalities are undergoing a marked demographic shift as more residents report being multiracial and Latino populations grow, according to preliminary data from the 2020 census released last week.

The data, which will be used to redraw local, state and federal legislative districts, showed only slight increases or declines in Philipstown (+169), Cold Spring (-27) and Nelsonville (-4); Beacon’s reported loss of 1,772 residents may be related to how its prison population was counted in 2010. 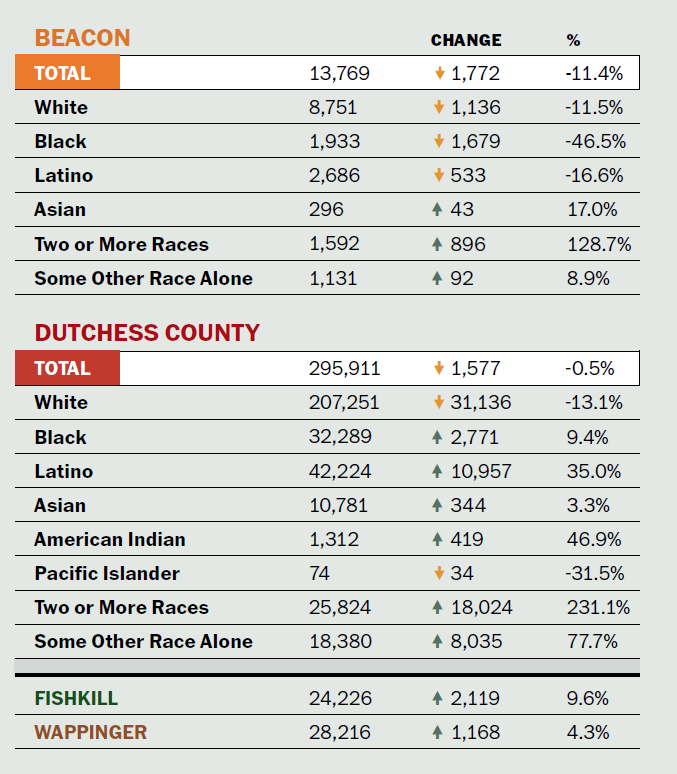 The sum of the individual race categories could exceed the total population because people may be included in more than one category.

During a briefing that accompanied the release of the data, a bureau official said the agency was confident in the accuracy of its numbers, despite the count being upended by the pandemic.

The most noticeable change was a seismic shift among racial groups. Although the Census Bureau urged caution because of changes made to its questions about race and how responses are tabulated, the results show a country and region clearly growing more diverse.

While the number of people who identified themselves as white fell by 8.6 percent nationwide, the portion of U.S. residents reporting that they were white “in combination” with another race grew by 316 percent, the bureau said. 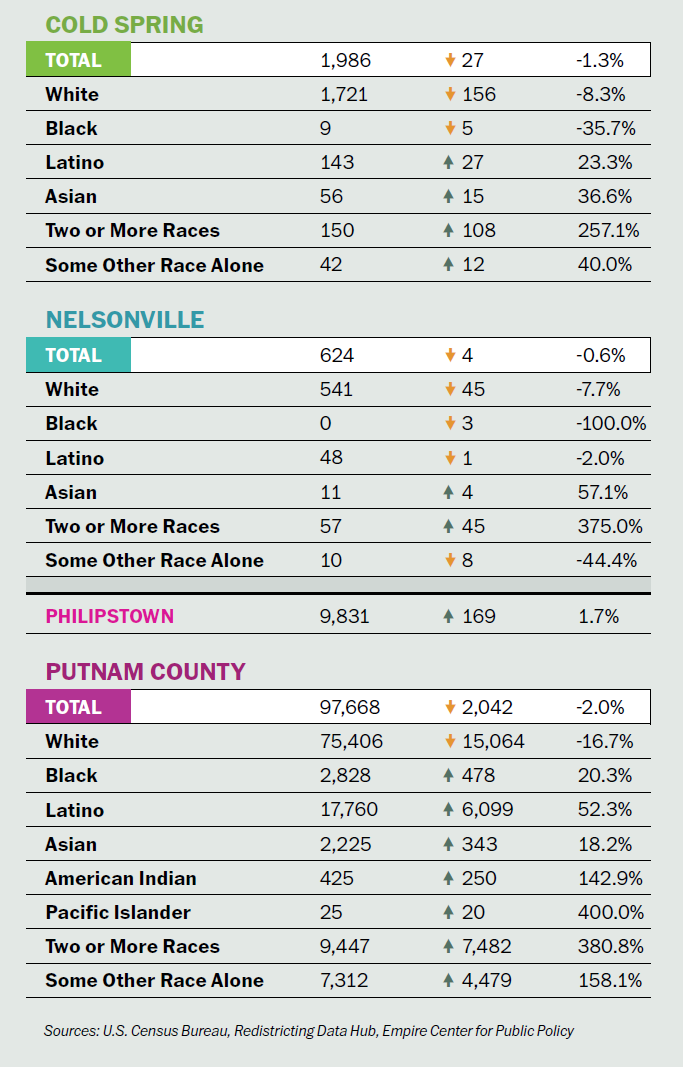 The sum of the individual race categories could exceed the total population because people may be included in more than one category.

The trend was also seen in the fact that the number of Blacks who identified as “in-combination” grew 88 percent compared to an aoverall increase of 5.6 percent in the Black population.

Locally, the Dutchess “white alone” population fell by 13 percent and Putnam’s by nearly 17 percent, a change also seen in Beacon and Cold Spring. (The breakdown for towns has not been released.) The declines were mirrored by a major rise from 2010 in the number of residents reporting they are of two or more races — by 231 percent in Dutchess and 381 percent in Putnam, and more than double in Cold Spring (42 to 150) and nearly quadruple in Nelsonville (12 to 57).