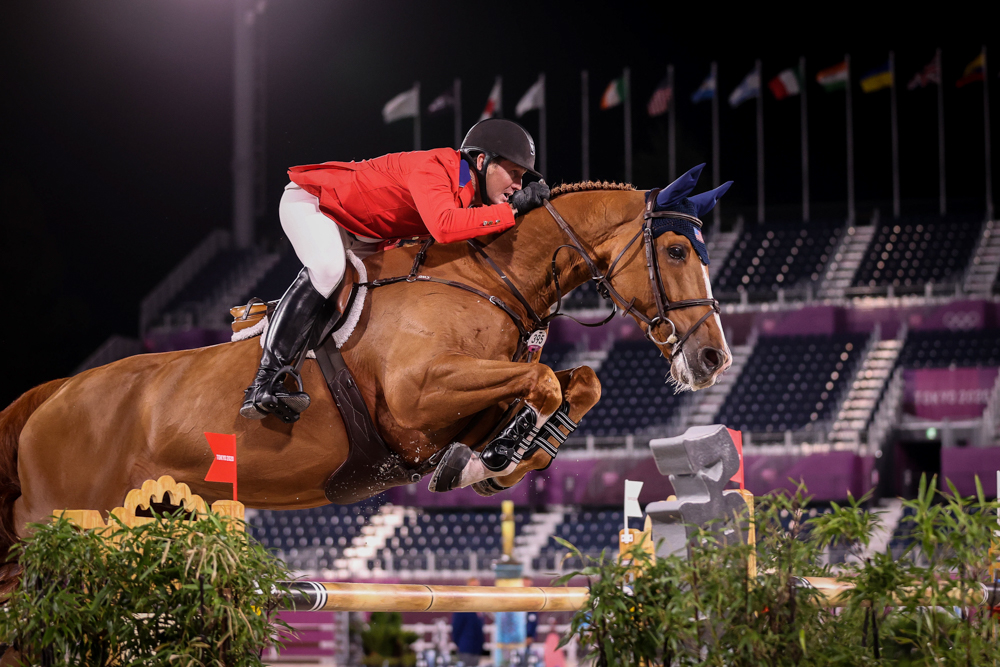 McLain Ward, aboard Contagious, competes in the finals in Tokyo on Aug. 7. (Photos by Annan Hepner)

McLain Ward, who lives in Brewster, won his fourth Olympic medal on Aug. 7 in Tokyo as one of three riders on the U.S. Equestrian show-jumping team. Sweden took gold in the event after defeating the U.S. by 1.3 seconds in a “jump off.” 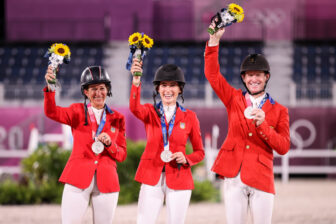 Ward’s teammates were Kent Farrington, Laura Kraut and Jessica Springsteen, the daughter of Bruce. It was Ward’s fourth Olympic medal; he was a member of teams that won gold in Athens in 2004 and Beijing in 2008 and silver in Rio in 2016.