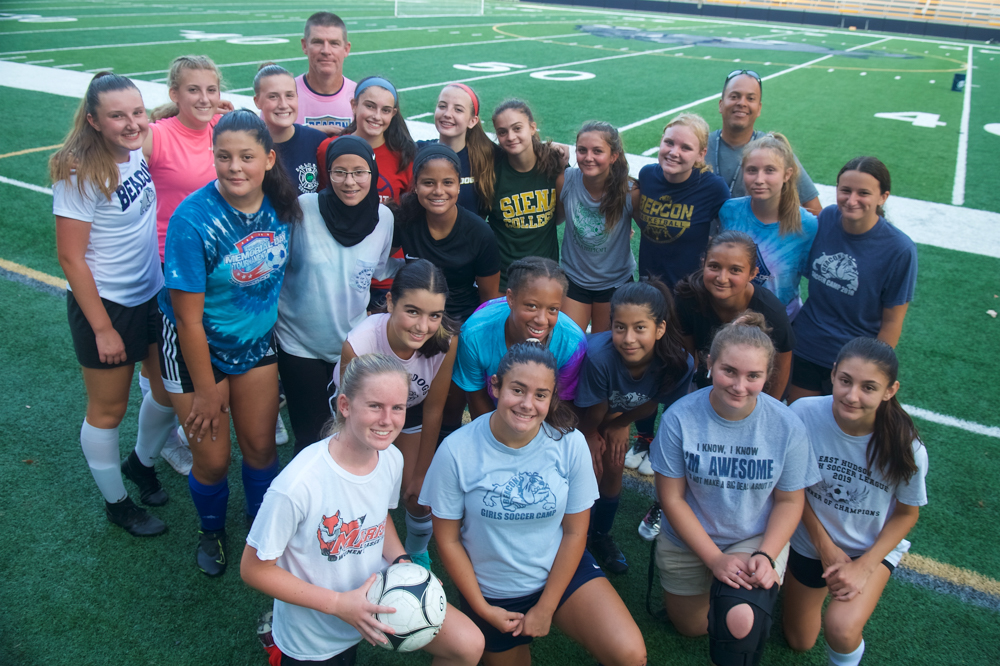 The Beacon girls' soccer team will host Kingston in its opener. (Photo by S. Pearlman)

The Beacon High School boys’ soccer team will begin a new season, and a new era (competing in Section IX, after moving from Section I) with its home opener at 7 p.m. today (Sept. 3) against John Jay of East Fishkill.

Coach Craig Seaman lost some serious firepower from that team, including league MVP Warren Banks and 10 other seniors. The team also lost junior Derek Bilyeu, who transferred to Bronxville.

But Seaman believes the players who are returning — including six postseason honors winners — will still cause problems for opponents.

“AJ is one of, if not the best goalies in the area, and Kelly, Lucas, Franks, Ruiz and Dyer give us a strong core,” Seaman said.

The coach said the team is strongest in the middle. “From our keeper to our center-back to our strikers, we have a strong spine of four-year varsity players,” he said. “We’ll build around that. We’re hoping to compete for a league title, which will be new for us in Section IX. And, of course, we’d like to contend for a sectional title.”

The Class A division of Section I “is probably the most competitive class in the state,” Seaman said. “You have eight to 10 elite teams every year. In Section IX, there’s a smaller number of teams, fewer than 16, so it’s more manageable and gives you a better shot” at a title.

Many of the Bulldogs played in, and won, the Goshen Summer League title. The competition included several top teams from Section IX, so the team carries some confidence into its new stomping grounds.

The Beacon girls’ team finished the 2020 season at 7-6 and won a playoff game as the No. 4 seed in the section before falling to the eventual champion, Arlington.

Now, the Bulldogs — who lost six players to graduation — will also make the move to Section IX. Coach Hugh Alzate has high hopes. Although the 2021 team has only two seniors, it is not short on experience.

“We return seven starters, because we started many eighth and ninth graders,” he said. “We have talent, but how talented is all relative, since we don’t know what to expect in Section IX.”

“Maddie is our field general and playmaker, while Claire is the workhorse who does all of the intangibles,” Seaman said. “If Maddie reads and creates while Claire creates openings and makes runs, our team usually plays well.” 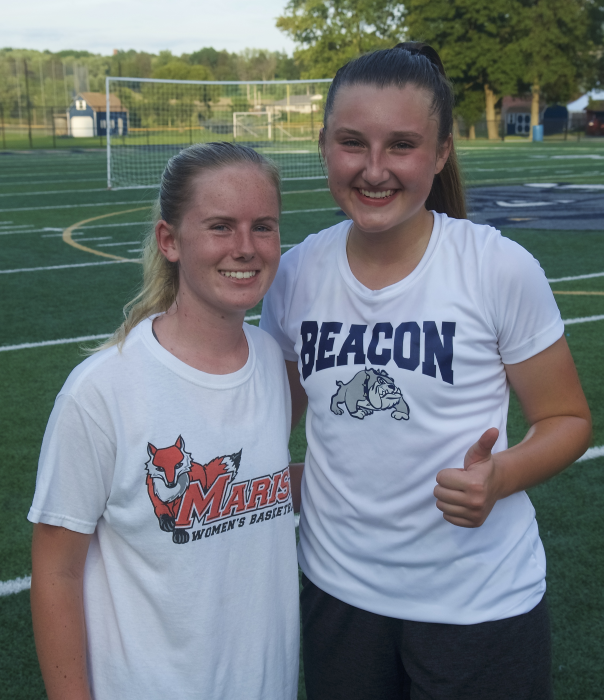 Seaman noted that his top three scorers — DerBoghossion, Landisi and Kelly — all return. “Chelsea is a matchup nightmare for defenses; Reilly is good at creating space for herself or teammates and Devyn is our most technically sound player,” he said. “I expect at least one to have a breakout year.”

Beacon’s new league includes Washingtonville, Minisink, Goshen, Cornwall, Monticello and Port Jervis. “If the ball bounces the right way, we’re hoping to end the regular season in the top half of our league and earn a playoff berth,” he said.

The team is also happy about the removal of COVID-19 protocols from the outdoor game. “Being able to play without masks is big,” Alzate said. “I strongly feel last season our team was hurt by the 20-minute mask break in particular. It killed our momentum in several games, and allowed opponents to regroup. I’m also ecstatic that we will no longer have to limit roster sizes, and about the return of spectators.”

Beacon is scheduled to open its season at 4:30 p.m. today (Sept. 3) hosting Kingston. It will host Monticello on Thursday (Sept. 9) in its first league game.