Keaton Guthrie-Goss had a strong sense of self, right from the start. As a Garrison preschooler, when asked to “line up for Miss Kathy” he informed his mom, Cat Guthrie, that “I didn’t, because I don’t line up for anything.” 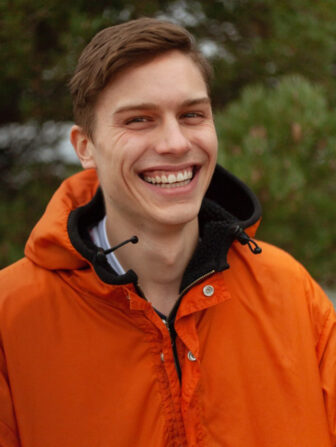 He said it with a smile — the same smile that graced the photos sent to his family by his friends, teachers and the parents of his friends when he drowned in November 2018 at age 25 while surfing in northern California, three years after graduating from Beloit College with degrees in creative writing and classics. (He also attended the Garrison School and Masters high school in Dobbs Ferry.)

“It was devastating, my son, my only child, gone in a flash,” Guthrie recalls. “How could I honor him? How could I bring that joy, that spirit, that passion back to the world?”

Named for the actor and comedian Buster Keaton — a favorite of his father, Joel Goss, who died earlier this year — Keaton possessed a combination of strong-mindedness and infectious good cheer, according to his mother.

“I thought of a commemorative bench, but that just sits there,” she says. “Keaton was avidly for social justice, stood up for the underdog, never let anyone bully anyone else and called me on anything politically incorrect. He made the world a better place by making everyone feel at home. I felt at peace with Keaton, even though he made the party come to life.”

It was while doing a workshop about “getting in contact with ourselves,” 18 months after Keaton’s passing, that Guthrie thought of how she should honor her son. “It hit me: You have got to focus on the underserved.” 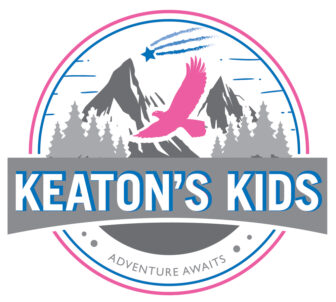 With help from her fiance, Kevin Spath, she created the nonprofit Keaton’s Kids, an organization that would “take kids on transformative outdoor adventures and give kids the experiences that Keaton was fortunate to have and that changed his life.” It would “help change the lives of kids who don’t have the opportunities to hike, much less snowboard or bike or surf.

“Our biggest program so far has been sponsoring a bike program in the Bronx,” she says. “We bought bikes and equipment so the kids could learn how to repair bikes. We supported biking and camping and went out on several multiday trips. “At one, in Harriman State Park, the kids stayed in cabins and swam. “It is very much, ‘It takes a village.’ We’re all in this together to transform kids’ lives.”

Guthrie has raised $38,000 toward a first-year goal of $50,000 (donate at keatonskids.org) and would like, ultimately, to develop long-term relationships with children, “where it’s not just a one-off adventure and they go home.”

She would also like to get more New York City children involved. “I’m from St. Louis, and the first time I saw the Rockies, I realized the world was so much bigger than I knew. It was a spiritual experience. We want to be able to bring kids out to see those majestic mountains and feel that awe.” 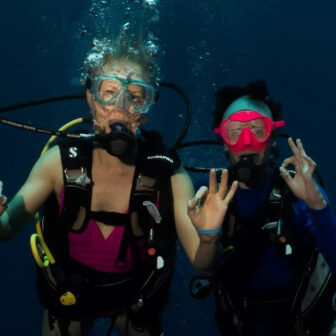 Cat and Keaton shared many outdoor adventures together. (Photo provided)

Guthrie had her own “adventure buddy” in her son, and together they skied and surfed, boogie-boarded and sky-dived. While skiing together, they challenged each other: “I’d say, ‘Let’s go do a double black diamond’ [the steepest, most challenging run in a ski area]. We’d get up to the top and he’d go whipping down and I’d stand there, scared — but he would be waiting for me at the bottom, with a smile.”

In a video on the Keaton’s Kids website, Guthrie offers a fuller picture of Keaton’s challenges. “He struggled at school, and I watched that struggle eventually weigh on him, causing him to doubt himself, questioning who he was,” she says. “But I’d watch him come alive outside. He’d get stuck with a math problem or science homework and then he’d go out on his skateboard and work on a kickflip, over and over; he’d know he was right with the world.”